IBIS’ Powernest has been announced as winner of Building Holland’s Innovation Challenge Award 2018.

The innovation beat out competition from 70 other entries to take home the prize. Others who made it into the top three included EverUse, a solution to make building insulation from recycled materials, and Elestor, whose hydrogen bromide battery can reduce the costs of energy storage by up to six times.

Designed to sit atop and blend in with the profile of high-rise buildings, IBIS’ Powernest combines solar panels and wind turbines into a single flat rooftop unit, maximising renewable energy return for available roof-space. Last year marked the product’s first public test, on an apartment building in Utrecht. 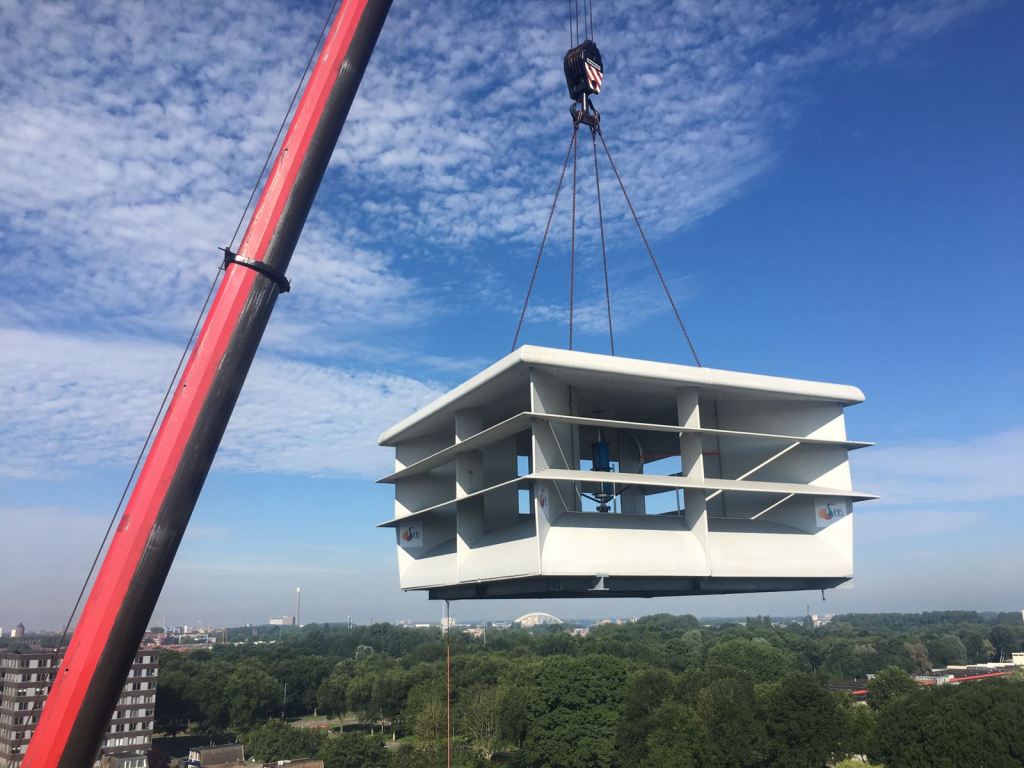 Jury member, Jan Willem van de Groep said the IBIS Powernest best met the criteria for the award. “We look among other things at the impact an innovation has, how easy it is to scale up, and how innovative the concept is. But the customer value is certainly so important: does the innovation offer a solution that is important for the customer?”

According to IBIS founder Alexander Suma, after years of testing and prototyping, the solution is ready for large-scale application. “We would prefer to have a Powernest on every residential building”. The concept has now attracted a great deal of interest: “We have just sold one in China, but there is interest in other countries as well”.

In principle, the Powernest can be placed on any multi-layer building, but it is really optimal for high rise buildings in coastal regions. According to Suma: “In the optimum conditions there is a return-on-investment of less than ten years”.

The Powernest has previously won E52’s Gerard & Anton Prize, awarded annually to the most promising startups in the Eindhoven Brainport region.