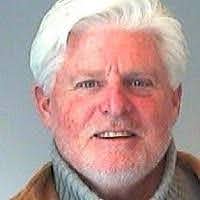 Eindhoven wants to become Europe’s No. 1 when it comes to deep-tech start-ups. HighTechXL CEO John Bell explains why this is such an important thing for the region. But also, why more is needed than the municipality is currently showing.

“It’s great to see the Eindhoven municipality is taking a bold step and sharing its ambitions to become the No. 1 innovation hub around deep-tech startups,” said John Bell, CEO of HighTechXL, the Netherlands’ only deep-tech venture builder.

“We at HighTechXL are in the middle of that ecosystem and have been attracting ventures from all over the world to the Eindhoven region to build new companies and to make sure there’s sufficient talent to keep creating new businesses,” said Bell.

HighTechXL works closely with economic-development efforts such as BOM and Brainport Development as well as with corporates in the ecosystem such as ASML, Philips, High Tech Campus Eindhoven, VDL, and TNO/Holst Centre.

Since its inception, HighTechXL has accelerated 63 startups and created more than 20 deep-tech ventures, raising 122 million euros and creating close to 2500 jobs. Some of the startups accelerated by HighTechXL include Accerion, Sustonable, Bambi Medical, Manus VR, Amber, and Sealeau. Deep-tech standouts since 2018 include AlphaBeats, Carbyon, Dynaxion, Aircision, and Incooling.

“With this ambition of the municipality, we can have even more impact,” Bell said.

Having the ambition is a great first step but not sufficient to catch up and even surpass cities like Stockholm, Berlin, Paris and London. “Those cities ahead of us have invested tremendously,” Bell said.

To catch up, we need an extraordinary and concerted effort by both the private sector and the public sector, he said. “Significant steps are being taken, but we have to accelerate and intensify the involvement of all regional companies, entrepreneurs, and investors.”

Take a look at Paris…

He already sees signs of new collaborative energy in Eindhoven, with aligned collaborations especially with TU/e, Brainport, the BOM, and tech innovators such as TNO, the leading Dutch Applied Research Institute.

“Let’s take a look at what Paris did, for example. A few years ago, Paris Mayor Anne Hidalgo started a public-private initiative to build an ‘Innovation Arc’ between Porte de Versailles and Les Batignolles and create 5,000 startups in five years. Paris achieved that goal easily by teaming up with investors such as Xavier Niel, who invested 250 million euros to build Station F.”

This is an impressive and highly successful startup campus that hosts more than 1,000 start-ups and close to 100 investors. Those efforts to create accelerators, in turn, attracted more venture capital to Paris, which now rivals London in terms of annual early-stage investment.

“We fully support the ambitions of the municipality of Eindhoven and will definitely help to make them come through. All the initiatives they propose are nice and highly needed but not enough to take us to No. 1″, Bell said.

While a recent study by StartupGenome shows Eindhoven lagging in terms of investments and amounts in pre-seed and seed ventures, Brainport Development, BOM, Municipality of Eindhoven, HighTechXL, Innovation Industries, and others are working with the Ministry of Economic Affairs and InvestNL to help bring more funding to the region. Bell: “They need to up their initiatives… and ensure there is sufficient funding for start-ups on the table.”