The Dutch Design Week in Eindhoven is the largest design festival in Northern Europe. Every year we pick nine designers that we think are this year’s hidden gems. You can read their stories here.

Today: Foundation We Are

“If you think that men and women are equal, you will be attacked or even killed in some countries”, Bernhard Lenger is a designer and together with seven other designers he forms the collective ‘Foundation We Are’. During the DDW their project “We are Human Rights” will be shown. Seven designs conceived by a designer and a human rights defender (HRD), someone who defends human rights in his own country and is, therefore, in danger.

Lenger is interested in international law and is looking for the combination with design to “really change something”. That was one of the reasons why he left Austria. There he studied industrial design and mechanical engineering. In Austria it was more about creating new objects and not about whether that object is relevant, he explains. “Austria is more conservative in that respect, there they think that as a designer you should concern yourself with art and not with legislation or politics, for example.” In the Netherlands, he was able to realize his ideas, which is why he came to Eindhoven 6.5 years ago to study at the Design Academy.

Together with the Korean Daeun Lim, the Bulgarian Kornelia Dimitrova, the Dutch Jella Lena van Eck, the French Maxime Benvenuto, the Italian Lucandrea Baraldi, the Dutch Hannah van Luttervelt, and the Dutch Karen van Luttervelt, he forms the designers collective ‘Foundation We Are’. They met during their studies and discovered that they had the same ideas. “We believe that more can be done with design. If people work together more, we can solve problems. For example, if there is a problem in legislation, I have to work with a lawyer. I’m not going to solve the problem myself but, as a designer, you can ask the ‘what if’ question, for example ‘what if this legislation didn’t exist’, you can come up with other possibilities together.” 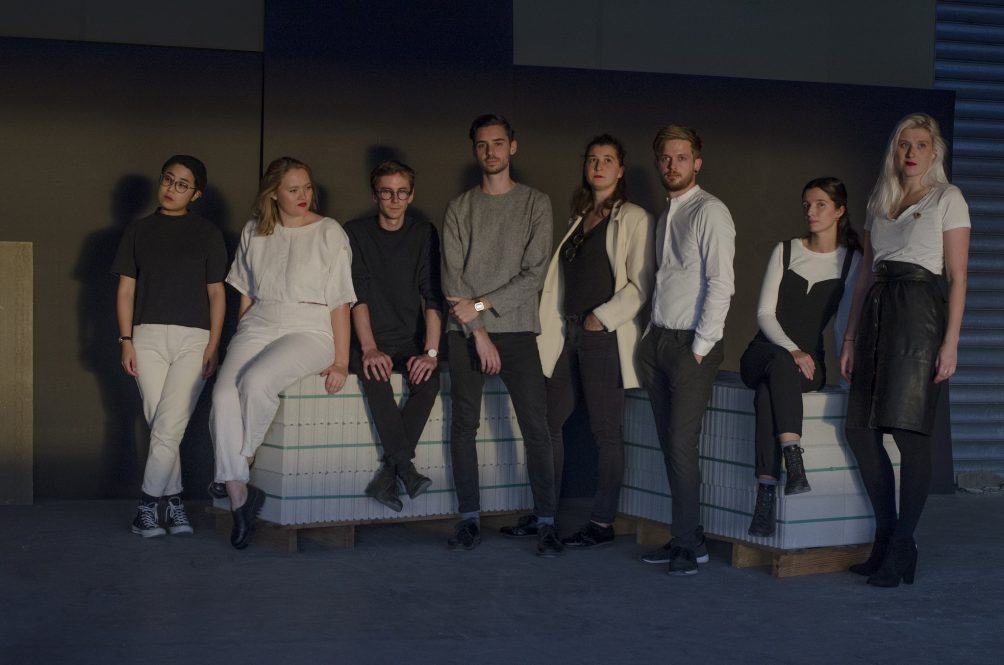 Two years ago Lenger gave a presentation to a group of human rights defenders (HRDs), which was in The Hague. The presentation was about his graduation project ‘this is ecocide’, a proposal to internationally criminalize the serious destruction of our ecosystem. There the Austrian designer met a human rights defender, a journalist from Afghanistan. “If she was to say at home that she was working on women’s rights and that she was gay, she would be murdered the next day.”

The Afghan woman made him think. “How can creative thinking play a role in the existence of these people? During that presentation, he also came into contact with the human rights organization Justice and Peace. Among others, he spoke with Marieke van der Vliet, manager programs, about making a link with the program Shelter City. With this programme, Human Rights Organisation from the Hague provides temporary shelter each year to about twenty human rights defenders (HRDs); people who are at risk in their home country because they stand up for human rights. Eleven Dutch cities are a ‘Shelter City’: Zwolle, Deventer, Amsterdam, The Hague, Groningen, Haarlem, Maastricht, Nijmegen, Tilburg, Utrecht, and Middelburg. From 2019, Rotterdam will also be a Shelter City. These cities offer the HRDs their own programme and mental rest. The HRDs will be able to follow training courses on safety and social media, among other things, and they will be able to expand their international network.

Inspired by this program, the idea arose to link an HRD’er to a designer, so that together they can design something that could reduce their problem in their homeland. Lenger: “It really has to be something that can be applied in their homeland, not too big and complicated.” Seven HRDs were linked to one of the designers of Foundation We Are. The HRDs come from Mexico, Nicaragua, Colombia, Burundi, Sudan, Russia, and Kenya. This is how ‘We Are Human Rights’ came into being.

“A lot of people work on human rights, the new thing about our project is the close cooperation. Through this close relationship, you get to know the story behind the problem.” Lenger developed a kind of friendship with his partner, a 27-year-old man, Irwin, from Burundi. “Because we are the same age, it was quite shocking for me to notice that he has such a different life. Raised during a civil war where people were shot dead in front of his front door and where it is still unsafe. For me, it was always abstract, but he lives that life. Also because we are the same age, we can get along well with each other.”

In Burundi, Irwin is working on LGBTI rights. “In 2009 the government banned sex with someone of the same sex. Officially, you could only be arrested if you were caught in the act, but these laws are vague. People are already being arrested for being homosexual or lesbian, or suspended from education or dismissed for that reason.”

“Burundi is one of the poorest countries in the world. People have few opportunities to become entrepreneurs or to make something creative with for example film or design. Irwin and I want to bring that creative industry to Burundi. Together Lenger and Irwin found an international legislation that has been ratified by several countries, including Burundi, a cultural agreement that promotes diversity. “Burundi has also signed that agreement. It states that developed countries must support developing countries and give them the opportunity to trade cultural goods, services and expressions. This inspired us and we came up with a system that links a creative person from Burundi to another person from the Netherlands, for example, or anywhere else in the world.” Lenger calls it an ‘economic development programme’, language that catches on in Burundi because it wants to grow. “If you participate in that programme, you have to respect all human rights”, Lenger says. In this way, the system circumvents the legislation against homosexuality in Burundi and gives them the chance to work.

During DDW, the seven designers will show their journey with the HRD. This is the first time they are going to exhibit collectively. They have visualized the different concepts so that you can understand them. In this way, Lenger shows how the ‘economic development system’ could work. “We hope that we can inspire people to work with us. Because they are still concepts, we still have to make them. Hopefully, potential partners will come and visit us. Like a programmer who can build the development program with me.” To really catch the story well, the designers have made an audio tour. “We want visitors to really experience the story and then the written text is not enough.” The exhibition is also part of the social innovation tour.

This year Lenger received a talent development grant from the Creative Industry Stimulation Fund. With this contribution, he wants to further shape the project. Which includes really going to Burundi and experiencing what it is like over there and discovering whether the development system could work.

The DDW Hidden Gems are published in collaboration with Dutch Design Daily and curator Katja Lucas of DDW. Would you like to visit the hidden gems yourself? Every day Brandstore Eindhoven/VVV organises a bike tour to the selected designers. For more info check the website or use this link to book a ticket.

Special offer for IO readers: the first 25 people receive a 10 euro discount on their ticket. Use the action code ‘Gems18’.