The series of large and small measures is sure to give cycling in the city an extra boast in the near future. Bicycle parking, fast routes and the improved positioning of traffic lights are the real priorities. Traffic Councillor Jannie Visscher emphasises that these plans have not been thought up by the council, but by cyclists themselves.

The top 3 was compiled based on the input from a large number of stakeholders during an informative meeting on the municipal transport plan, “Eindhoven op Weg”. In addition, the council has been receiving feedback via other different channels: surveys, the customer contact centre, area managers, mail, websites and relevant organisations, such as the The Cyclists’ Federation.

“Eindhoven op Weg” is an integrated mobility plan from 2013 which aims to reduce the use of cars among other goals. This will improve air quality and the city centre experience. The council is now trying to realise these goals by making way for bikes.

Visscher believes it’s high time that we made the switch from cars to bikes. “We’re in the ideal region: there’s a relatively high amount of commuter traffic at up to 15 kilometres. The e-bike is definitely a great alternative to the car.” By building more cycle routes, something the province is currently working hard to achieve, Visscher hopes to make cycling an even more attractive option. 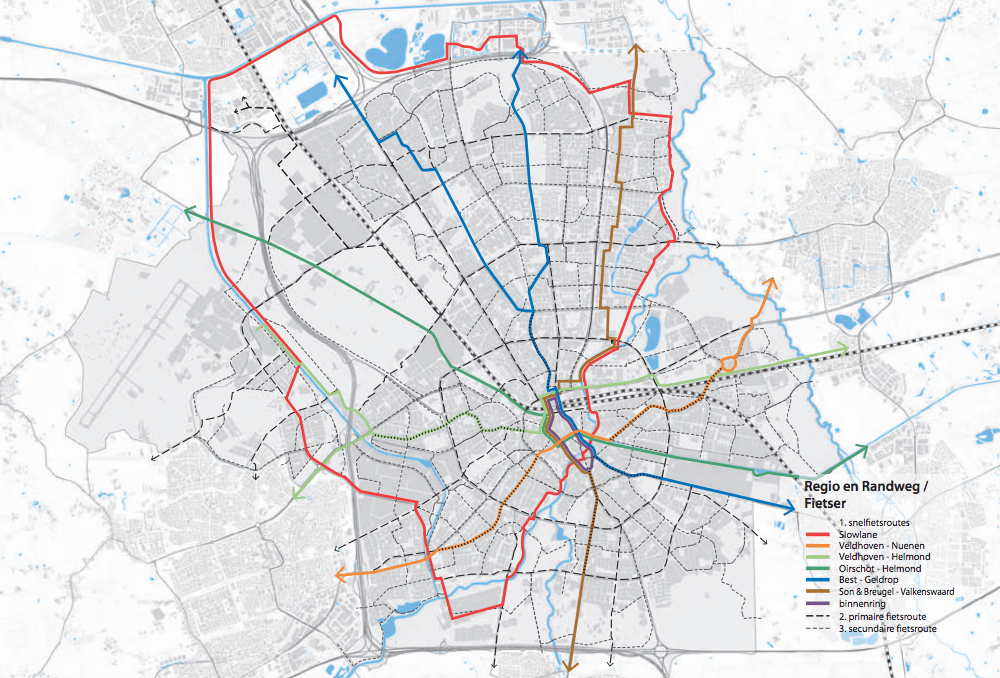 Eindhoven also wants to prove itself as a tech city in the field of cycling, by promoting smart mobility apps that can easily determine the most efficient mode of transport at any particular time. Smart monitoring via a network of sensors in place of sporadic census points should also give a clearer insight into actual traffic flows. Visscher: “In this way we can then better determine whether a cycle path should be made wider or whether a traffic light should be repositioned.” 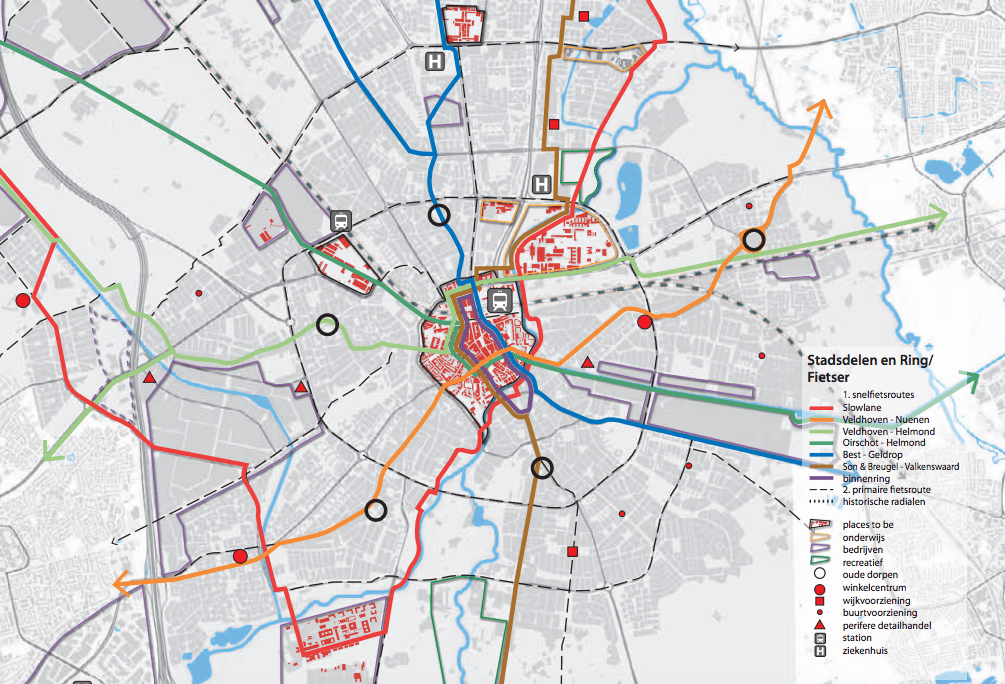 While cars will still have priority on the roads outside the city and on the ring, within the ring bikes will have priority. This is not currently the case everywhere, but really big changes cost a lot of money. A new design at an intersection can easily cost three hundred thousand Euros. The same amount is needed for a kilometre of asphalt for a new cycle path. Some places have recently taken cycling-friendly measures, such as the Stratumsedijk/Bilderdijklaan and Vestdijk/Nieuwstraat junction, where the traffic lights have been removed. Bilderdijklaan/Wal and the elimination of the waiting times are also high up on the to-do list – pretty much the biggest cycling gripe. 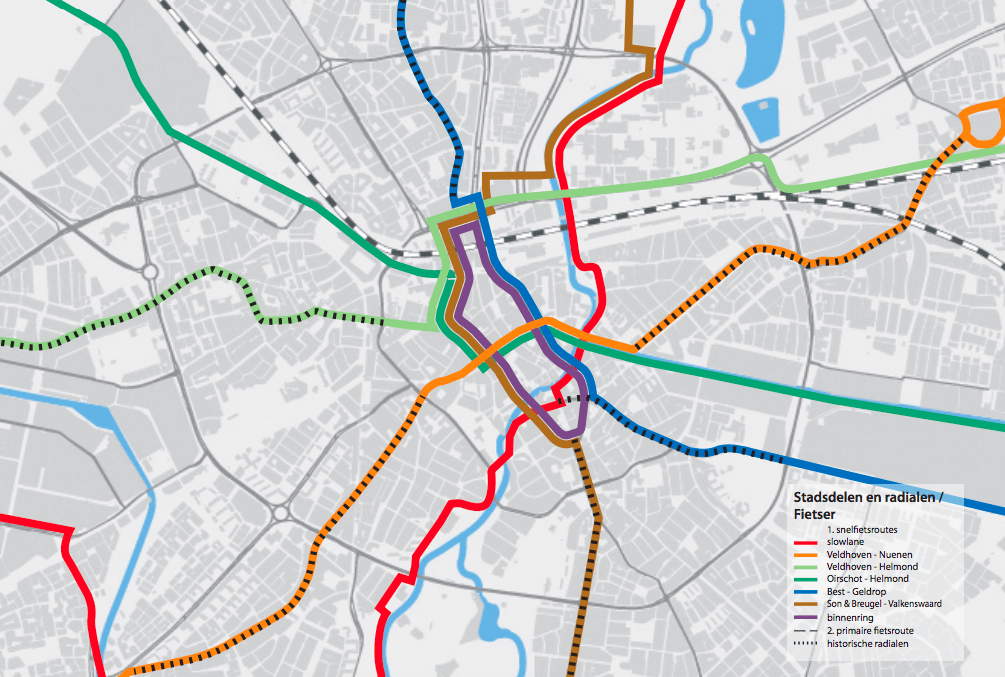 Hundreds of bollards, which were originally designed to keep cars off the cycle paths, but often became obstacles themselves, have been removed over the last few years for the same reason. It’s an on-going process. Bollards are one of the causes of the increasing number of unilateral cycling accidents, but the council insists that the rising number of elderly e-bike-users is just as much a cause.