The Dutch delegation to the annual culture and technology festival South by South West (SXSW) in Austin will be led by Eindhoven this year. Mayor Jorritsma will head the mission in March on behalf of Creative Holland.

Read also: How Eindhoven connects with Austin, Texas and Delegation from Brainport Eindhoven on fact finding mission to Austin.

For the third time in a row, the top sector Creative Industry, under the flag of the consortium ‘New Dutch Wave‘, is going to South by South West. The Dutch government has designated SXSW as a strategic event. It is the world’s leading event for tech, design, film and music, with speakers and artists this year including Jeff Zucker (CNN), Alexandria Ocasio-Cortez, Priscilla Chan (Chan-Zuckerberg initiative) and Wyclef Jean. Also, director Peter Kentie of the city marketing organization Eindhoven365 is scheduled for a presentation on the main stage of SXSW.

Every year more than three hundred and fifty Dutch companies, creatives and artists go to SXSW to spot the latest trends, get inspiration and generate business. Since three years a part of it has been bundled under the flag of New Dutch Wave, with the aim to put the Netherlands in the spotlight internationally.

Jann de Waal, the figurehead of the top sector Creative Industry, is pleased with Jorritsma’s contribution. “The link between creative talent and innovation, the social investment climate and the presence of all kinds of top artists from all over the world make the festival a unique meeting place and is the reason we have to be there. John Jorritsma knows like no other how important the development of design and technology is and can open doors during SXSW for our participants, that might normally stay closed.”

In October last year, a delegation of the creative industry from the United States came to the Netherlands during the ‘Counterwave‘. This was a reversed trade mission organized by New Dutch Wave, Creative Holland and Brabant C; during Amsterdam Dance Event (ADE) and Dutch Design Week (DDW) a visit was made to the cities of Amsterdam, Rotterdam and Eindhoven, to get acquainted with pioneers from the Dutch creative industry. Learn more about that visit here.

Jorritsma builds with the visit on the previous contacts between both cities: “From conversations with both mayor Steve Adler of the city of Austin and the management of SXSW it appears that there is interest in each other from both sides. We see many opportunities when it comes to sharing knowledge and talent. During my visit to SXSW, I aim to strengthen the position of the Netherlands as a breeding ground for creativity and innovation and to work on a lasting relationship with SXSW and the city of Austin in the field of music, culture and design.”

On the mission to SXSW, besides the Brabant region, various other municipalities, agencies, companies and artists are represented, including the Municipality of Rotterdam and Amsterdam. SXSW will be held in Austin (Texas) from Friday 8 to Sunday 17 March 2019. 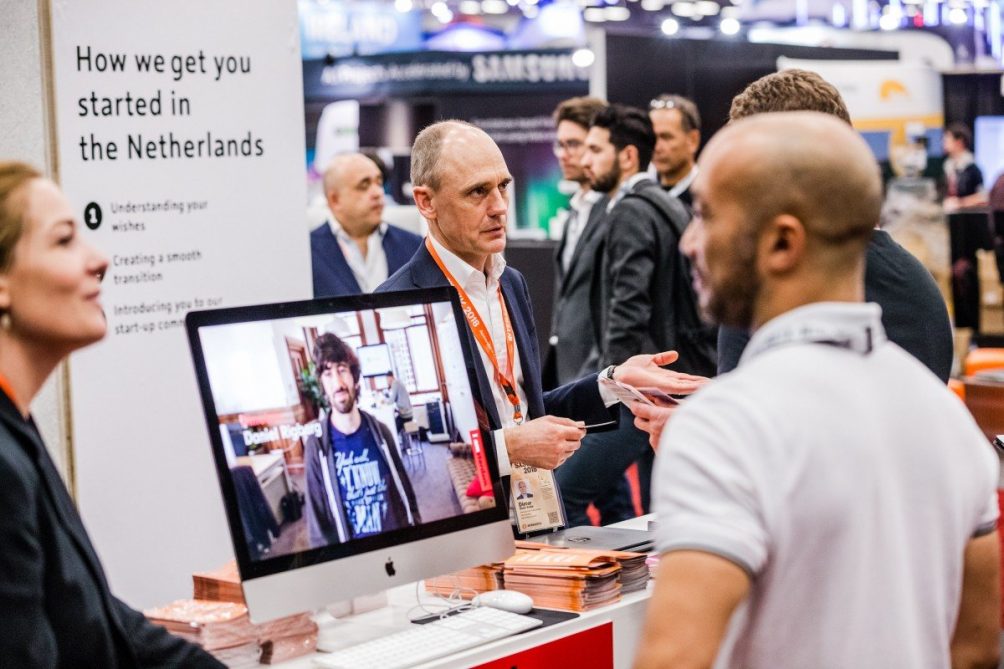 Intercultural Dialogues between Dutch and Chinese…
Sexist behaviour of students exposes the core problems of…
Dutch Technology Festival brings top of Gaming & Esports to…
The Brainport way of Systems Engineering
Corona in Europe - It's been a blast!
On EU-China bilateral relations: Is there such a thing as…
Manage Cookie Consent
We use cookies to optimize our website and our service. Help us to make our site better by accepting all cookies.
Manage options Manage services Manage vendors Read more about these purposes
View preferences
{title} {title} {title}