The reason that Eindhoven came out as the winner in the category of cities with more than 120,000 inhabitants this year, according to the jury, is the “broad and ambitious approach that links the city with regional cooperation, as well as the exchange of knowledge and information. The jury was also impressed by the way that Peter Kentie – director of Eindhoven365, the city’s main marketing organization – succeeded in realizing the international city marketing project in Estonia.

According to the organization, there is an ever-increasing gap between a number of top cities in the area of city marketing, a wider sub top and a large field of municipalities still in the early stages of development. “Where the ‘Champions League’ deals with a professional and integrated approach, embedded in the municipal policy, data collection and impact measurement, regional cooperation and (international) appearance, there are many municipalities that are just making the move from Tourist Office to actual city marketing. Or in their city marketing do not go beyond attracting tourists.”

In the top group of cities with a successful city marketing policy, cities like The Hague (winner of the trophy in 2010, 2011 and 2016) and Eindhoven are omnipresent. An honorable mention went to the municipality of Zwolle. In spite of the fact that the municipality made a significant cut in the city’s marketing budgets, marketers succeeded in turning the old tourist office into a serious city marketing policy. With relatively limited resources Zwolle is a promising city.

For the first time this year, no winner was declared in the category of cities with less than 120,000 inhabitants. Lelystad and Woerden received an encouragement award. 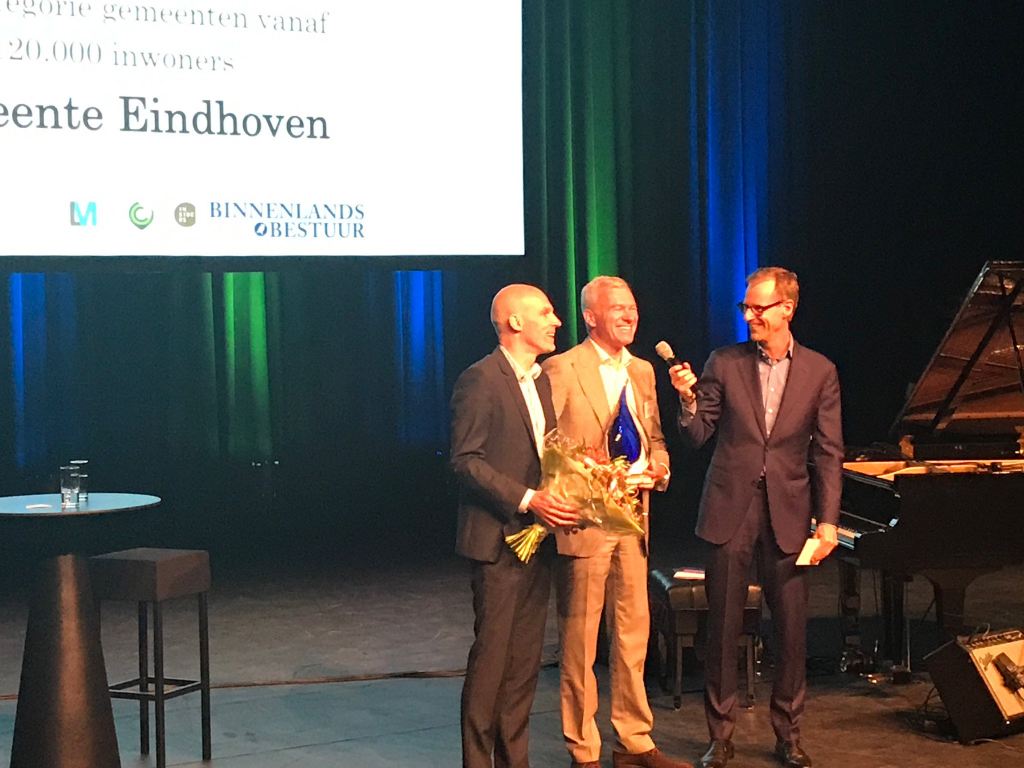