In 2018, companies, institutions and higher education in the Netherlands spent approximately 16.7 billion euros on Research and Development (R&D) with their own and hired staff. This is the highest level of expenditure ever for the country. The province of Noord-Brabant is a leader in the field of private R&D spending. Companies such as Philips, ASML, NXP and VDL are largely responsible for this. This is apparent from new preliminary figures from CBS on R&D and from the recently published publication ICT, Kennis en Economie.

R&D intensity in the Netherlands stable 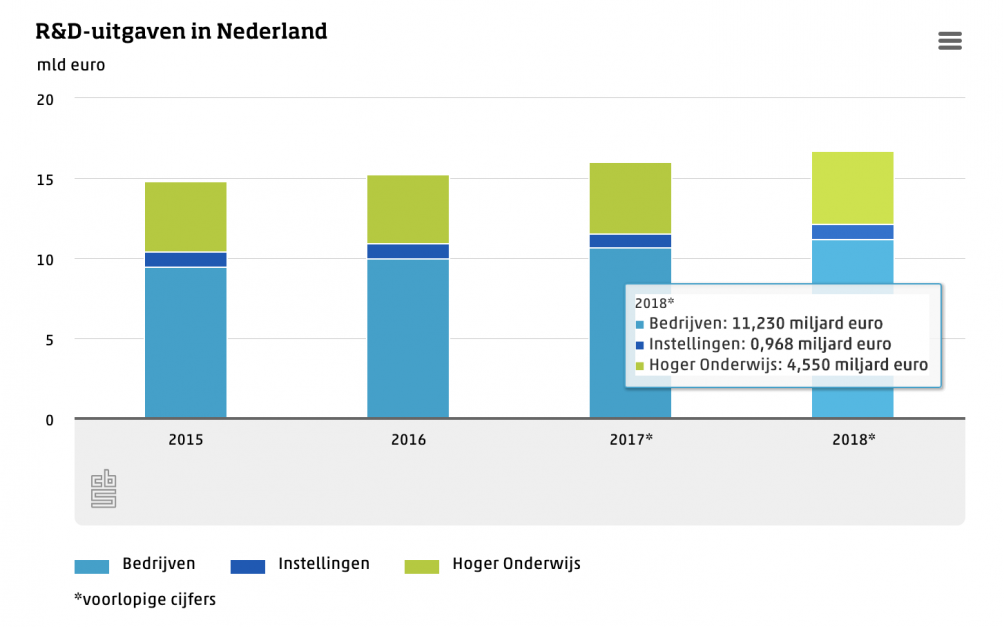 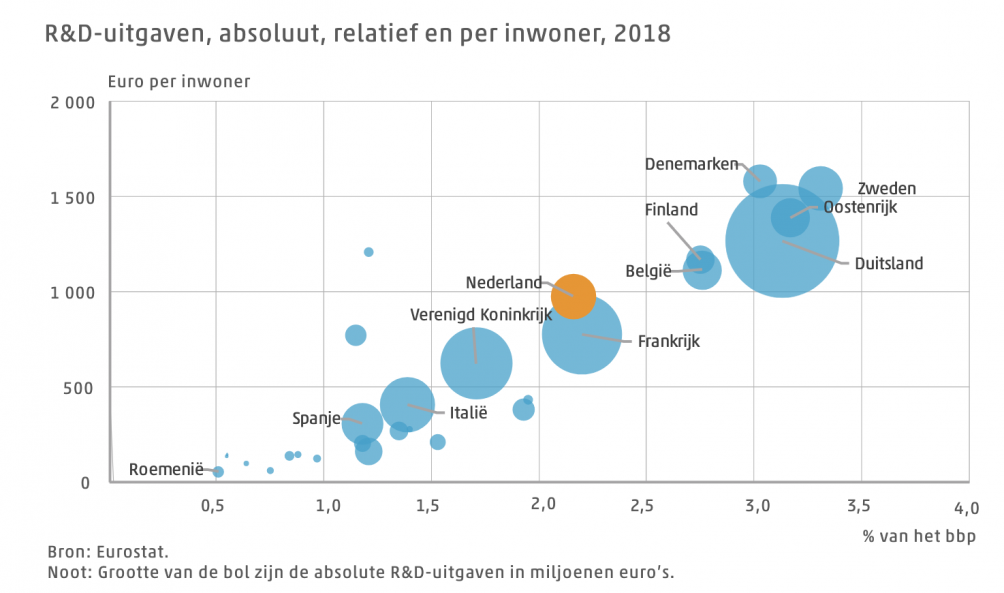 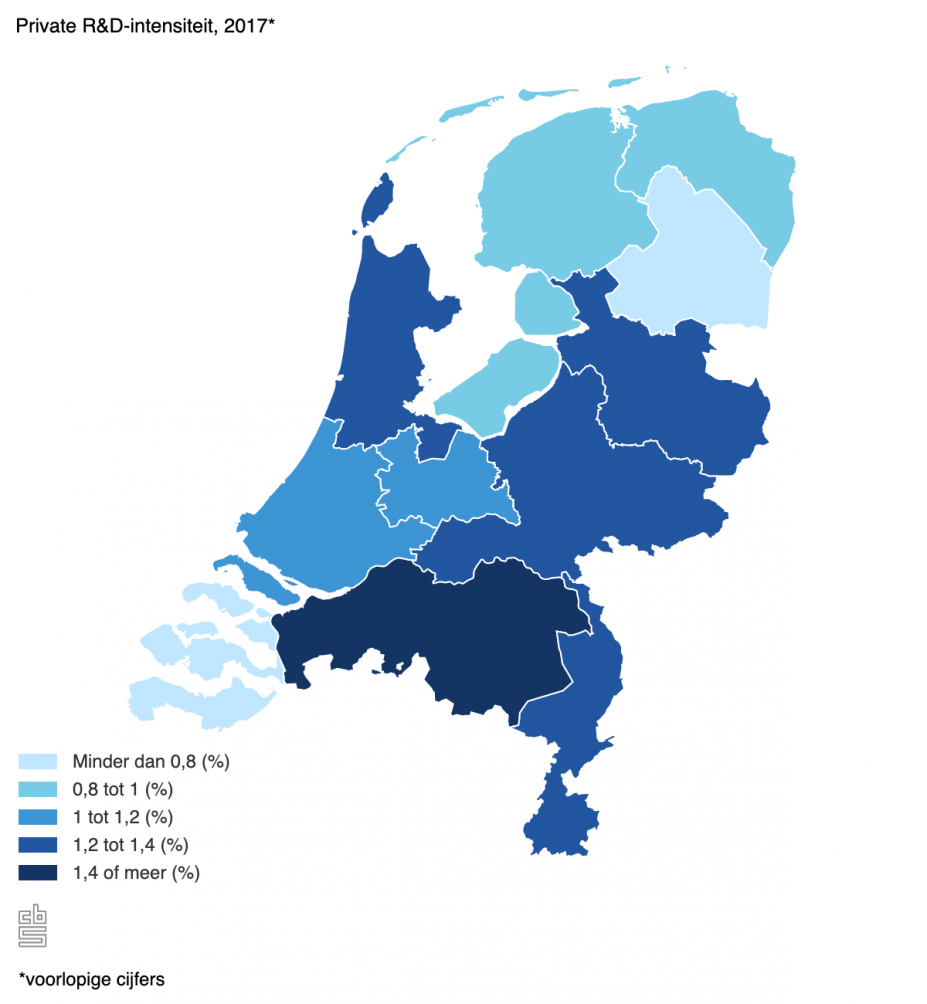 Talent and innovative power make Brabant's IT and data…
VDL builds a non-Dutch industrial empire without sacrificing…
From 100-day projects to long-term studies: Fontys ICT…
At Philips, transparency is paramount. 'Patients and medical…
ASML is booming, and so is the region
Politics, employers, and students will soon demand a truly…
Manage Cookie Consent
We use cookies to optimize our website and our service. Help us to make our site better by accepting all cookies.
Manage options Manage services Manage vendors Read more about these purposes
View preferences
{title} {title} {title}