During Dutch Design Week, e52 will be introducing you to the hidden gems of the festival. Together with Dutch Design Daily, we’ve selected nine special designers whose sparkle has caught our eye this year. Each day of DDW there’ll be a different hidden gem put under the spotlight. Today: Same place, New stuff (including the meet&greet at 16.00 today!)

“A small free state.” That’s how Jeroen Wand describes his workspace with its large outdoor area on Hallenweg. Outside there are a few chickens scratching around, inside the radio’s playing and there’s a lot of hard work going on. Jeroen Wand’s newest work will be exhibited here, in his own studio, during DDW 2015. 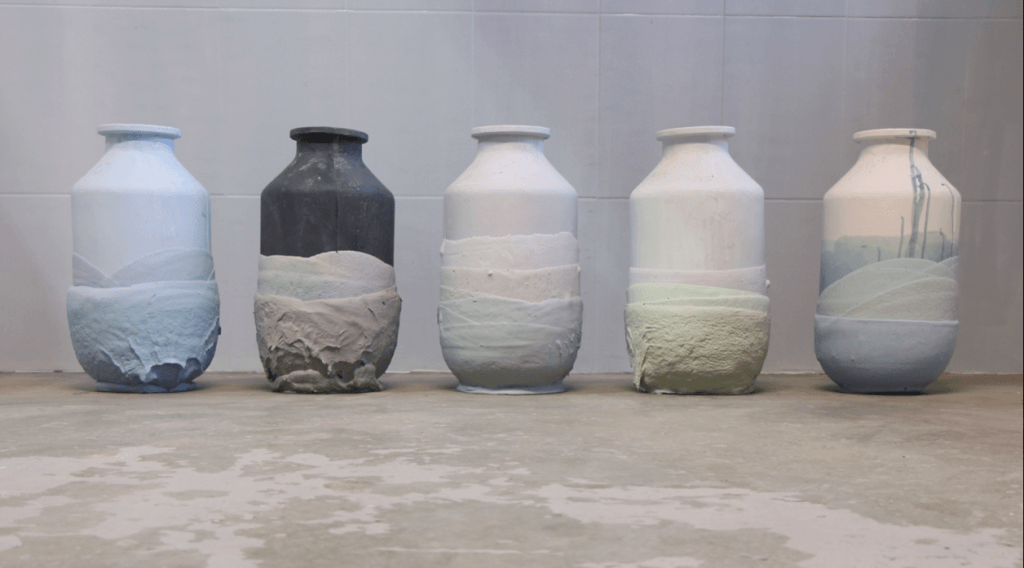 Same place, New stuff will include the newest vases from the Phases series, which Wand showcased at this year’s design fair in Milan. The basic shape of these vases is achieved using just one mould. Once the first version has hardened, it’s immersed in liquid plaster, creating the irregular and uncontrolled outer layer. This process is repeated several times. The inside of the vase remains sleek, while the outside becomes rougher and even more irregular.

Another new piece is the laminated table which he made in part while staying with an Italian furniture maker in South Tyrol as an artist in residence. 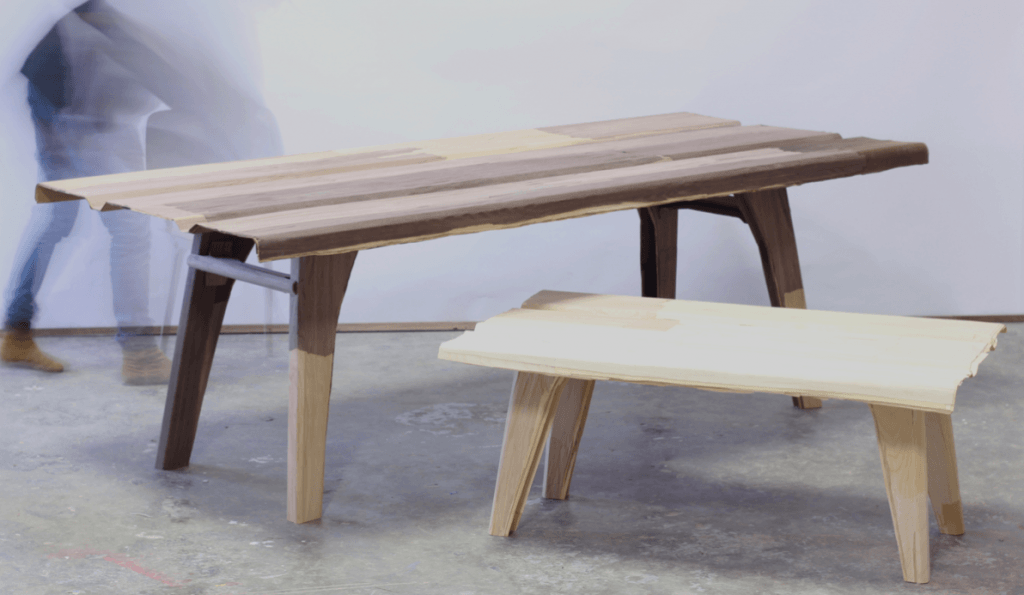 Some other designers have also been invited to show their work at Studio Jeroen Wand. Among these artists are Jo Sijen and Wouter Corvers, who will exhibit their latest experiments in ceramics and construction.

Want to learn more about Same place, New stuff? There’s a special e52 + DDD meet and greet at Studio Jeroen Wand at 16.00 on Wednesday 21 October. No need to sign up. Jeroen Wand will be there to explain the exhibition. See you then!