Read more about the countries in this project
More about Croatia

In Croatia, the many huge nature reserves are fulfilling a major role in addressing the climate crisis. Croatian forests are in the top five in the world when it comes to CO2 absorption. But it is not just nature that is doing its job. Companies and scientists in the country are taking bold steps to launch ambitious projects to achieve the climate targets, including those under the framework of the national Recovery and Resilience Plan,. These include two pilot projects aimed at capturing CO2 and then storing it in gas and oil fields. “A great initiative, but there are definitely some snags,” says Stasa Puskaric, a professor at the Rochester Institute of Technology.

Croatia has been through tough times in recent years. The country was hit not only by the pandemic, but also by earthquakes. The vast majority of the funds that Croatia is receiving from Europe are therefore being invested in the reconstruction and sustainability of the buildings that were affected. That effort to make them more sustainable will indirectly help reduce the country’s emissions. But the country is also putting money into the direct capture of CO2.

Two pilot projects should ensure that CO2 emissions will be reduced at an ammonia production plant and an ethanol refinery. One pilot is being conducted at the Petrokemija Kutina ammonia production plant. This entails capturing CO2 and transporting it via an existing gas pipeline to depleted oil and gas fields in Ivanić Grad, a town in the Zagreb province of Croatia. The project aims to capture 190,000 tonnes of CO2 per year. A second investment will go to a CCS plant that will form part of an ethanol refinery project. This project seeks to capture 55,000 tonnes of CO2 per year that will be transported to depleted gas fields about 40 kilometers away from the site.

It states in the plan that the most important goal is to make sure that carbon dioxide does not leak into the air at the two sites. Technology for the storage also needs to be improved. Apart from that, the projects are to serve as an example to companies that are focused on the production of fossil fuels. The CO2 is transported via existing gas pipelines from INA, a medium-sized European oil company. The pipelines will still have to be renovated before being put into use. 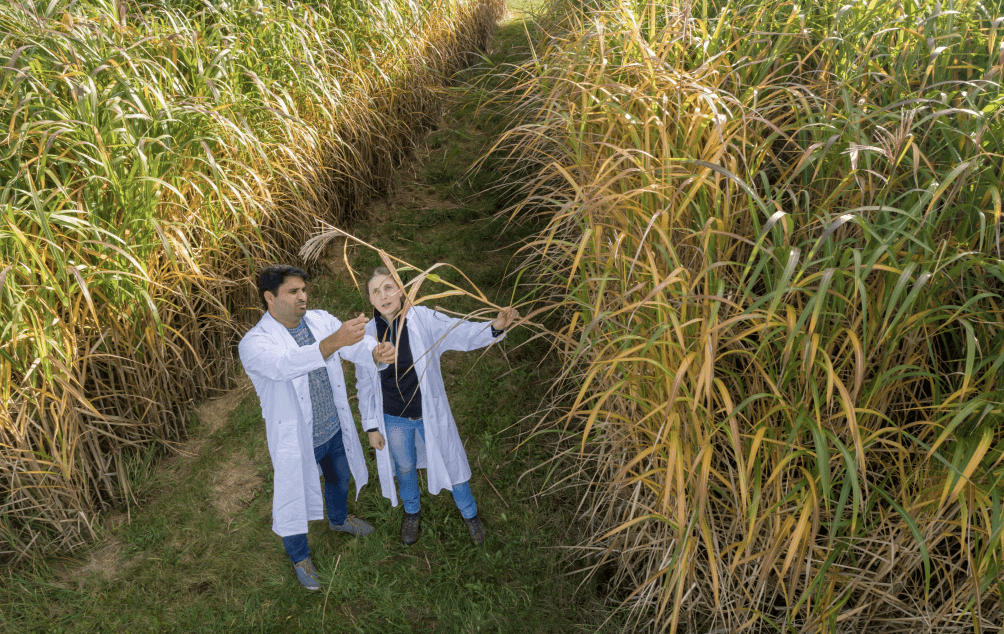 Elephant grass as biofuel could dramatically reduce CO₂ emissions – Innovation Origins
The production of bioethanol from elephant grass in combination with carbon storage can significantly contribute to the reduction of greenhouse gas emissions in the European transport sector.

“Croatia is really only a small country, and our emissions, about 24,000 kilotonnes per year, are just a fraction of global emissions,” says Puskaric. The professor -who recently talked about his research in the documentary ‘Ice on Fire‘ with Leonardo Dicaprio – is focused in his work on natural processes that capture carbon, especially through the exploitation of natural systems in the ocean. He is skeptical of the pilot projects. “Don’t get me wrong, every little bit helps and I’m glad we’re becoming more aware of our impact on the climate. But if you look at the amount of CO2 that is captured, we should not expect that these projects will make a major contribution to counteracting the climate crisis. However, I do hope that the projects will show the fossil fuel industry that it is possible to work in a much cleaner way.”

In addition to having a marginal impact, the professor says there is another major drawback to the companies: the amount of energy they need. “Carbon capture requires a lot of energy. You have to concentrate the gas and pressurize it. It also takes an awful lot of energy to then pump it into the reservoirs. So, I wonder if these projects are really going to contribute something substantive to the overall impact on the climate.”

In particular, we need to make more use of global, natural systems that are energy efficient if we are going to make a real impact in terms of carbon dioxide capture. “That’s what I’m focusing on in my studies of CO2 and marine snow,” the professor explains. “Marine snow is a kind of shower of organic matter that falls from the upper waters down to the deep ocean. By stimulating the formation of marine snow, we could help the ocean remove atmospheric CO2. It could provide a natural disposal method to combat global warming and climate change. This has a much greater impact on the climate compared to the smaller projects that capture CO2 artificially.”

But regardless of how intensively we pursue CO2 capture over the coming years, the fact remains, the professor points out: “Prevention is still better than cure. It is still far more important that we acknowledge our dependence on fossil fuels and do something about their emissions.”

The pilot projects are only a small part of Croatia’s overall plan to go green. “Insulating homes, investing in train connections, and on top of that, the capture of CO2: these are extremely important issues that all need to be taken care of,” the professor said in a response to the national Recovery and Resilience Plan. “It’s a great step that Europe is making these funds available to help EU countries become more sustainable, and I see incredibly wonderful projects being started around the world. This is one step that the world desperately needs.” 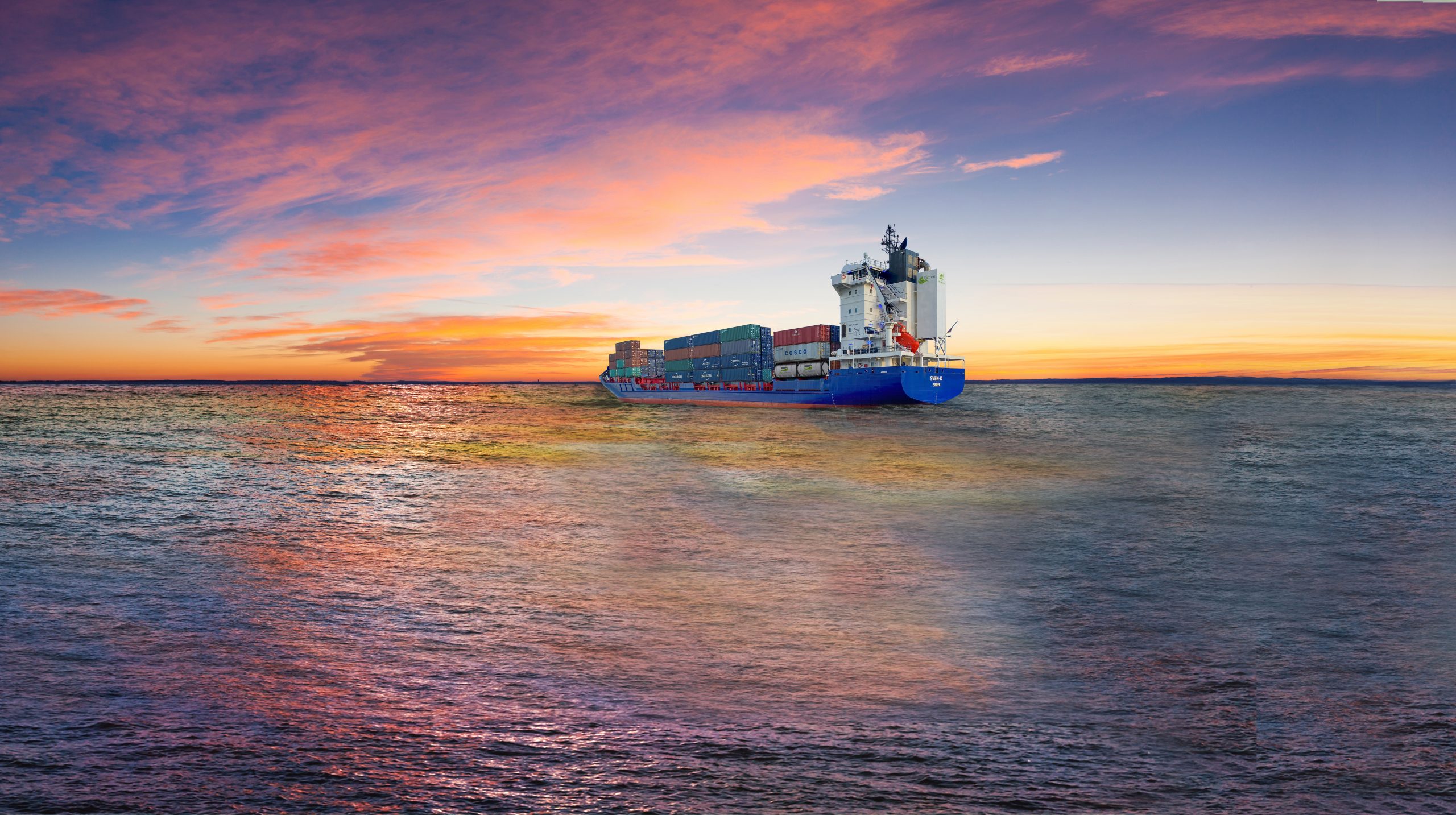 Ship stores own CO2 emissions while sailing – Innovation Origins
Value Maritime has the premiere with a ship that can capture and store CO2. The technology is derived from greenhouse horticulture.

Croatia puts its efforts into making buildings more…
The new marvel of the Danish North Sea: millions of tonnes…
CO2 from sea cuts down on greenhouse gas in air
Role of natural gas will become more and more important over…
Luxembourg is the biggest polluter in Europe... if you count…
Europe's first Chief Heat Officer: 'Heat must be on…