The “Creatives of the South” is a group for photographers, bloggers, vloggers, copywriters, social media managers, designers, developers, strategists, project managers, SEO specialists, marketing and event managers. “Which makes Creatives of the South the platform for young talents, ambitious go-getters and hardworking freelancers crashing with new ideas.” In an attempt to help each other, the group organizes get-togethers in and around the South of the country.

Last Thursday, January 11, the Creatives of the South met each other at VanBerlo Design’s Innovation Powerhouse at Strijp-T. Among the presenters was Mileha Soneji, a design strategist at VanBerlo, who told her audience what design can do for people with Parkinson’s disease. Because, “as designers, we should always ask ourselves how we can help”.

More pictures of the meetup at VanBerlo here 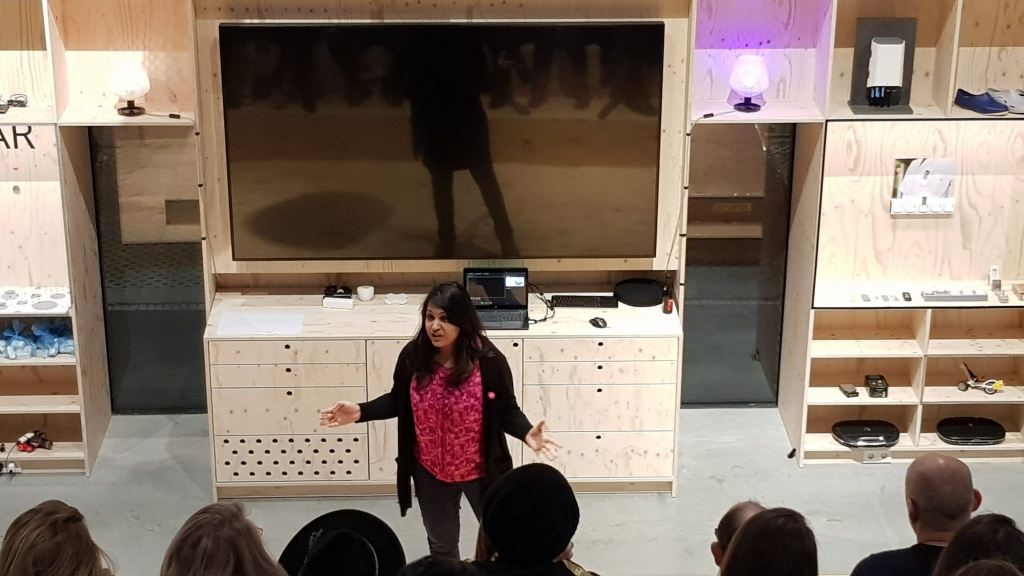 Mileha’s uncle in India had always been a very active man, in business as well as within his family. Until he was diagnosed with Parkinson’s. So from very nearby, Mileha got the opportunity to see for herself what the consequences of such a disease can be like. “The person that always was at the center of attention of the whole family, suddenly changed because of his illness. It made me wonder what I, as a designer, could do to help him. Not that I could solve Parkinson’s Disease, but with small solutions, I might be able to make his life a bit more pleasant. I believe in small solutions.”

Mileha noticed that her uncle, like many other Parkinson’s patients, had stopped drinking coffee or tea because he would always spill most of the drink. “But drinking tea and coffee is a social activity, so the consequences were huge.” So Mileha invented a cup that looked “just like a normal one for clumsy people”, but that wouldn’t let him spill any of his drinks anymore. “Psychologically this is very beneficial. The key is that he would be able to drink coffee and tea without feeling treated differently. This cup offers everything he needs, but it still looks like a normal cup, which could be used by you and me as well.”

The uncle was quite happy with it, but soon Mileha found out that more would be needed to really help him. So, to exactly find out what his life with Parkinson’s looked like, she decided to go and observe him at his own home for a couple of days. “That’s how I found out that walking with his walker wasn’t very comfortable, but surprisingly, taking the stairs was done fluently. It was the continuous motion of walking the stairs that helped him accomplishing this task without problems.”

So Mileha went back home and started designing possible solutions. Finally, she drew a 3D-like staircase on 2D paper. “A staircase illusion, as I call it, and a super simple solution for a big problem.” Again, Mileha’s uncle was helped a lot, although it still wasn’t the definitive answer to her uncle’s needs. “It helped, but only where we would lay down these prints. Moreover, he preferred not to have them in his living room, because he felt a little bit embarrassed towards guests visiting him.”

Mileha’s conclusion: “Fancy gadgets don’t work, because these people don’t want to stand out. On the contrary, they want to be ‘normal’. So what I really hope is that my staircase illusion would be introduced in hospitals and many more places, so it would automatically become normal to use them.”

Also on a larger scale, Mileha believes in small solutions and designing smart. “Combine all those small, simple solutions, and make the world smarter. What would we be able to achieve if we would act like that?”