The Rhenen-based SolarDew has developed the recipe to provide water-deficient areas with clean drinking water. Co-founder Alexander van der Kleij explains the concept to us.

“We have developed a kind of solar panel, which we use to produce clean drinking water instead of electricity. Using our invention, you can distill sea water or heavily arsenic or heavy metal contaminated water, into drinking water. The water goes in at the top part and we use the thermal energy of the sun to heat and evaporate the water. The resulting vapor passes through a membrane that blocks out contaminants and salt.”

“On the other end, the vapor condenses. It is a very simple system with no electrical or mechanical parts. We focus on households and communities that lack proper access to drinking water. It has to be robust and user-friendly for them. We deliver the SolarDew per module, which is a single solar panel. It generates four liters of water per day. That’s the amount an average household drinks per day. Those modules can be attached to each other to generate exactly the amount of water that is needed. The extra water can be stored in locally supplied tanks.”

How did SolarDew come about?

“Years ago, AkzoNobel developed a membrane that was intended for the outdoor clothing industry to make rainwear waterproof, but also breathable. The membrane also turned out to be useful for sanitizing water. When AkzoNobel’s project was discontinued, SolarDew’s current investors took over and focused on small-scale desalination.”

“We ended up developing a new membrane ourselves when it became apparent that the original membrane did not meet all the necessary requirements. This membrane has a coating that prevents lime and other dirt from accumulating in the equipment. We only registered as a company in 2019. That’s quite late, as we had been working on it for quite some time. But we wanted to make sure that our technology would be production-ready. This will allow us to ensure that as we scale up, the price will go down while the quality remains constant.”

“There are a lot of areas in the world where clean drinking water is not available because the local water sources have too high concentrations of salt, metals or minerals. When those people are able to produce drinking water at their own location, the entire community reaps the benefits. It can lead to economic development, but also to better physical health. An example of this is the inland regions of Chile. You have areas there where large tanks of drinking water are brought in once every few days. This is bad for the environment, time consuming and expensive. SolarDew is interesting for these kinds of areas. There has to be some form of water in the area, because we cannot make drinking water without that either.”

“Hopefully the problems with the supply of technology and materials are now over. We want to start installing the first units in Chile and Australia in 2022. By the end of the year, our product should be ready for the market so that we can supply one million people with clean drinking water by 2030.” 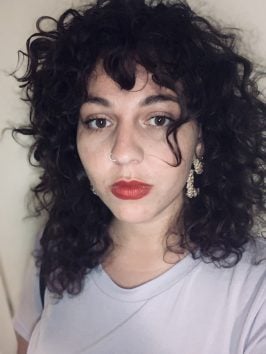 Frans Timmermans: cajole, form coalitions or else go through the back door