Dutch 3D Hubs is the Airbnb for 3D printers. The platform enables you to upload your own design and have it printed on a 3D printer near you. The company is operating worldwide (160 countries) but also strongly focus on local communities and their mayors. Mayor for the Eindhoven region is Albert Falck from Lay3rs.

E52 talks with Albert Falck about Lay3rs, being a 3D printing mayor and his ambitions for the near future.

What is 3D Hubs

But before we get to Lay3rs, first a word on 3D Hubs. The company joined the Rockstart accelerator program in 2013 and signed a contract for an investment of 4.5 million dollars later that year. By now 30,000 printers worldwide are connected to the platform – about half of them belong to companies, the other half is owned by individuals. The providers of the printers set a price for their services and 3D Hubs charges a 12.5% ​​commission fee for each order (paid by the customer). The company has raised a new investment of 7 million dollars earlier this month.

3D Hubs will use the new investment to make the 3D print ordering and fulfilment process faster and efficient, for both customers and providers of printers. New solutions range from making 3D file checks and fixes an automated and standardized process, smarter material suggestions and advanced finishing options. The company also wants to take a next step towards the consumer market by integrating their API on other online platforms. Through API integrations they have already made it possible to order, for example, a phone case from Fairphone and have it printed (via the 3D Hubs platform) on a 3D printer near you. 3D Hubs now wants to target the consumers of companies like Nike, Lego and IKEA in the next few years to offer them customizable 3D printed products.

And now back to Eindhoven – next to Amsterdam – the largest 3D printing community in The Netherlands with 169 printers joining the platform. The key person in this network is Albert Falck from Lay3rs. His business, located at the Grote Berg, is a real toy store for 3D printing products (and services). Lay3rs also operates as a consultancy firm that advices companies on how to use 3D technology for their businesses. Being a mayor Falck tries to support the local 3D printing community and to boost knowledge exchange. Check out the monthly meetups at Lay3rs to find out on the latest 3D printing developments.

Who are the customers

With Eindhoven being High Tech Capital Falck definitely works a lot with tech companies. He recently helped the STORM team from the TU/e with printing a number of items for the two electric motorcycles for their current tour around the world in 80 days. But it is not just techies knocking the door. Falck mentions a moving company that called him a few weeks back. It accidentally broke a small part of a piano while relocating it that was no longer available. Falck designed a new piece based on the broken one and had it printed right away.

One of Falck’s customers is building a Joint Strike Fighter with a 3D printer. Read this story tomorrow on E52

In the middle of his retail shop Falck is showing a table with different kinds of products like water bottles and knee pads. They are all prototypes made by a 3D printer. He sees an increasing demand for this type of product development – prototyping with a 3D printer is a convenient and often cheaper way for the development of (mass) products. 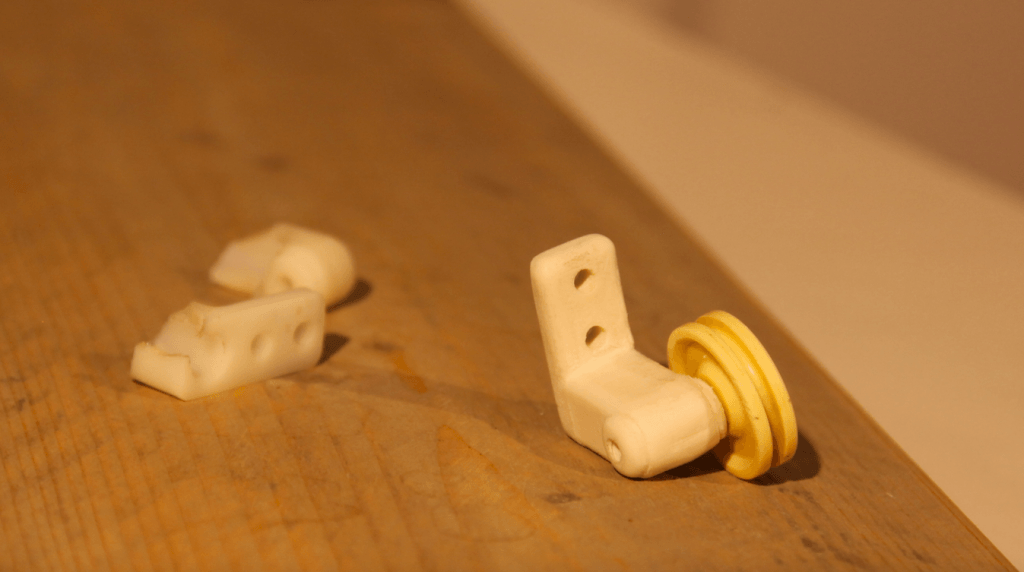 On the left the broken piano part, on the right the new version that was 3D printed

How does it work

So is it that easy? Just press the button and print anything you like?  Not quite, says Falck. There are a few ways to get your product designed in 3D. The first one is to do it yourself. Start with a beginners software like Tinkercad, also used at elementary schools for kids to design their own toys. Anything more fancy requires more expertise. Falck often spends hours on finetuning his customers 3D model. So plan B: have an expert do the work for you. The third option comes handy when you need to print something that already exists but is too difficult to design with software – and that is scanning it. With a mobile device you scan almost anything, even a person. 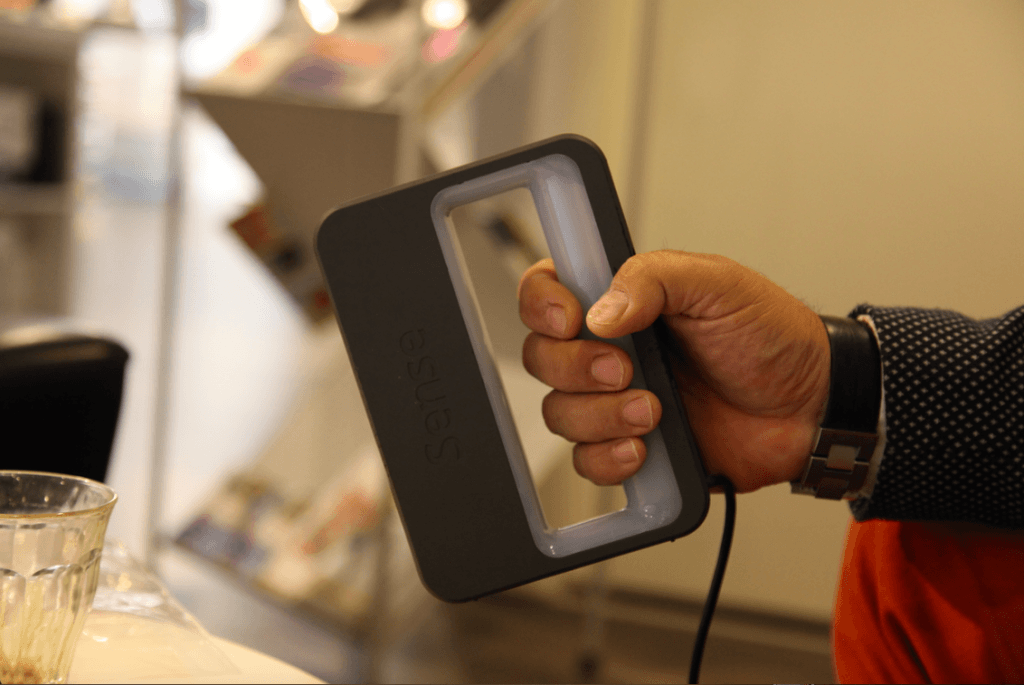 Running a business on your own is hard work. Not surprisingly everything comes down to you and your own efforts. For Falck this has turned out well, his business is now profitable and time has come to set new goals. He wants to spend more time on 3D printing for industries. And he aims for a rollout of the concept for a one-stop-shop for 3D printing services and products. The copyshop new style.