Lex Hoefsloot recently won the Singularity Global Impact Challenge. He now gets the opportunity to see and feel the innovative powers in Silicon Valley. For 8 weeks the frontman of Eindhoven-based startup Lightyear will be joining a Singularity program.  His reports will be published regularly on E52 this summer. Today, the third episode. Here’s the whole series.

After a full day from 9 to 5 with special stories about advances in biotechnology, artificial intelligence, and nanotechnology, there’s always a night-session here at Singularity. Although many (including me) are still processing the stories of the day at that moment, nobody ever misses the night session. Nothing more than a name is on the agenda, but the reputation of these sessions is still intact. Yesterday: Pete Worden, former director of NASA Ames (the Californian branch of NASA).

Pete: “William (Borucki) was always fascinated by light meters. Ever since he was young he would work on all types of light meters in the garage”. That’s how the story about the ‘principal investigator’ of the in 2009 by NASA launched Kepler satellite started. De Kepler satellite is looking for planets in galaxies far away that are similar to earth with a very accurate camera. This is very intelligent because in general, these planets aren’t even visible with the best telescopes. The trick is to wait until a planet moves in front of the star around which it turns and make an accurate measurement at that exact time. Because a little bit of light is blocked by the planet and it can be exactly measured how much light the star normally emits, the size of the planet can be estimated. After waiting long enough, the speed at which the planet orbits the star can also be determined. With these data, it can be determined whether the planet is located in the so-called ‘habitable zone’ around the star. And successfully: Since the launch, tens of planets have already been found in the habitable zone. Pete: “You can see how a hobby can get out of hand”. So, let’s move?

“Can we compress a journey of 35 million years into half a century?”, 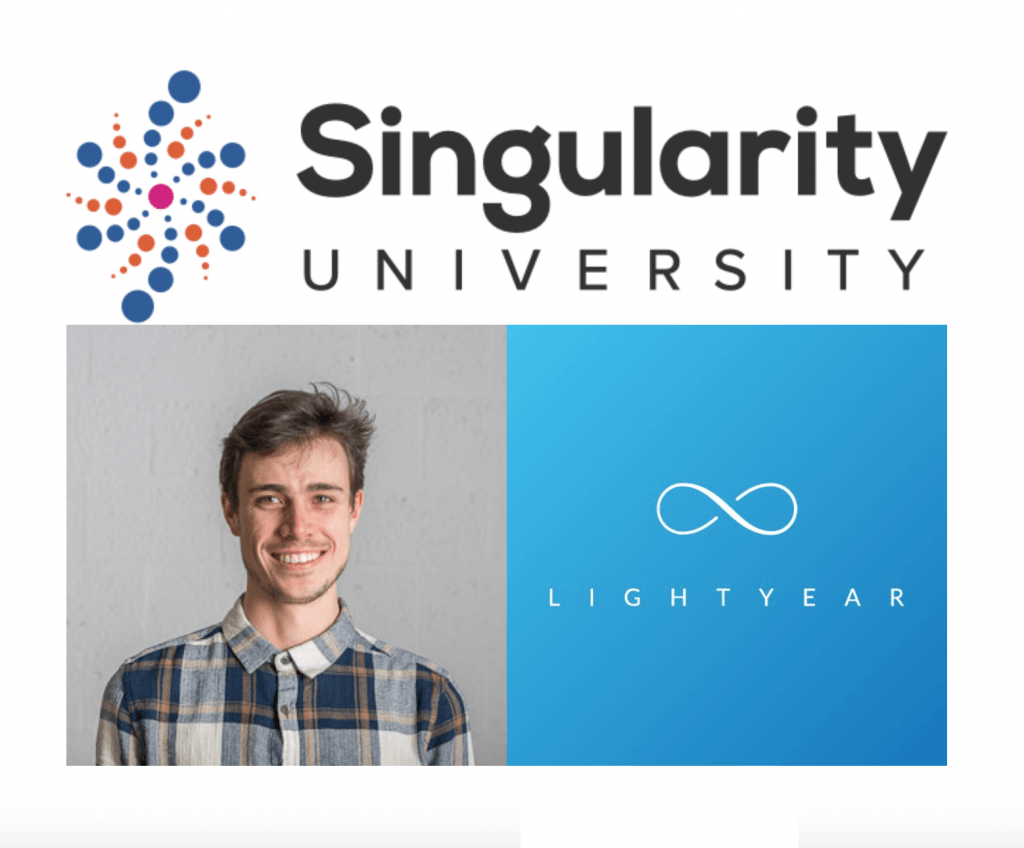 Unfortunately, that’s not so easy and that is exactly what has always fascinated me. It is virtually impossible to reach those planets. The nearest galaxy Alpha Centauri AB is more than 4 light years away from us, 40 trillion kilometers. Current space missions to Mars take an average of 200 days for an average journey of 225 million kilometers. If you want to reach Alpha Centauri at the same speed, you would be traveling for about 35 million years. Not really achievable within a human life. Therefore, in this kind of research, I always ask: why are we still looking for those exoplanets if we can never go there? It turns out that there is indeed a plan.

That plan was based on a concept that is increasingly being considered and even tested: sailing on the power of the sun. The satellite IKAROS is an example of that. With a special sail weighing only 10 grams per square meter, it absorbs the radiation from the sun that hits the sail at high speed. It gives the spacecraft a tiny push. Fortunately, there are huge numbers of photons on the sail and its speed has been increased by the sun since the launch with more than 1,440 kilometers per hour. More than the plane with which you go on holidays. But unfortunately still by far not enough to reach Alpha Centauri. Now what? Two options: make the vehicle extremely light so that you can reach higher speed with the same power, or try to artificially increase the amount of radiation falling on the sail. Provisional choice: both.

The foundation Breakthrough Initiatives explores the possibilities to make a flight along the Alpha Centauri exoplanets with a satellite of only 1 gram where all electronics are attached, including radio transmitter and camera, to send high-resolution photos back to earth. The only question is then which light source can be used for it, powerful enough to bring the spacecraft to 0.1 times the speed of light. As it seems, it is “feasible” to place a square kilometer of lasers on a high mountain on earth that accurately beam their light on the satellite which then reaches its top speed within a few minutes. With that, the satellite should reach Alpha Centauri in 42 years. Whether it will work? The foundation still has a list with more than 20 challenging brain teasers to be overcome before it can really travel into space.

Either way, these men have raised the concept of out-of-the-box thinking to a new level.