Their Majesties King Willem-Alexander and Queen Máxima will give a state visit to the United Kingdom from 23rd to 24th October 2018, as the guests of Queen Elizabeth II. The King and Queen will be accompanied by Minister of Foreign Affairs, Stef Blok, and Dutch companies from the field of innovation, with High Tech Campus-based byFlow among them. This means that England will, again, get a chance to enjoy byFlow’s printed food.

The official program of the state visit reveals that it aims to “re-affirm the excellent ties between the Netherlands and the United Kingdom as ‘North Sea Neighbors’, based on shared values in the past, present and future.” Among planned focus points of the visit are common social challenges, peace and security and economic cooperation. As both countries have a global leading position in the field of innovation, special attention will be also paid to the latter.

On the second day of the visit, 24th of October, Their Majesties King and Queen, together with Earl and Countess of Wessex and the representatives of the British and Dutch governments, will meet with companies and institutions from both countries, which work with innovation and provide new solutions for global challenges. byFlow will be represented by Nina Hoff, CEO, and Toussaint Jongen, 3D Food Printing Expert, who will demonstrate Their Majesties and other guests, how the 3D Food Printing technology works and what opportunities it brings.

Later in the evening, byFlow together with Jan Smink, chef and owner of Restaurant Smink (the first restaurant in the Netherlands with 3D-printed food on the menu) will serve 3D-printed amusements during a networking reception organized by the Dutch Embassy in London, on the HMS Belfast – a historic warship of British Royal Navy, moored on the River Thames. Among the reception guests, who will have a chance to try 3D-printed food, are: representatives of the Dutch Embassy in London, the British Embassy in The Hague, Buckingham Palace, the City of London, the British Parliament, the British Ministries of Foreign Affairs, Foreign Trade and Defense, the Dutch and British Navy, the Metropolitan Police and the businesses who participate in the state visit program.

byFlow, founded in the Netherlands as a family business, is among the very few companies in the world whose 3D Food Printer is present on the market and is already actively being used in practice. It is byFlow’s mission to change the way food is prepared and experienced, aiming to contribute to a more sustainable world through the reduction of food waste and the development of personalized dieting. 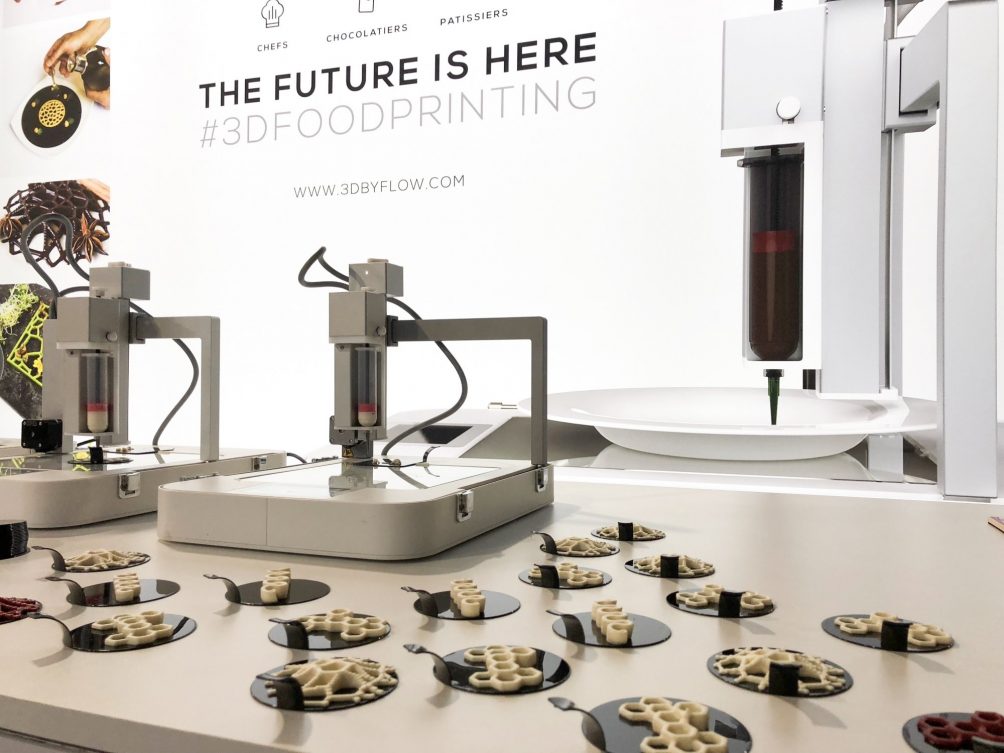 R&D is in place, patents have been arranged, and production…
Embassies and consulates around the world fueled with even…
The Space Week shows the social importance of space for…
Trade mission during Dutch royal visit to Sweden showed a…
Flexible, durable, strong: 3D printing with concrete…
Big ambitions for imec.istart.nl, after a year of the…
Manage Cookie Consent
We use cookies to optimize our website and our service. Help us to make our site better by accepting all cookies.
Manage options Manage services Manage vendors Read more about these purposes
View preferences
{title} {title} {title}