An electrical bus that still has to fill up his tank, how does that work? Students from the TU/e are presenting world’s first system that converts formic acid into electricity tomorrow. A safe and relatively cheap system to make the transport sector more sustainable.

The 35 students from team FAST worked on the project the past one and a half year. What started as a scale model has developed into a working bus of the company VDL from Eindhoven. This way of sustainable, safe and relatively cheap driving could well become the future. “The current electrical buses are standing still, whether appropriate or not, that doesn’t happen with this bus. You can drive as far as the amount of fuel you put in,” Yela Weitkamp explains, who is responsible for the chemical part of the development of the system.

The system
Team Fast developed a system that could split formic acid, officially called Hydrozine, into hydrogen and CO2. The hydrogen is then used to generate electricity which drives the bus. Hydrozine is a cheap and safe alternative to transport hydrogen in. The CO2 generated during the split is also used in its production, so that the CO2 emissions below the line is zero. Weitkamp: “The combustion of Hydrozine is a closed process, the water and CO2 that goes into it is also consumed again. This way, the fuel never runs out. In addition, it is possible to store green energy, something that is not yet possible. “When you save green energy in Hydrozine, it can be used in a green way at a later time.” 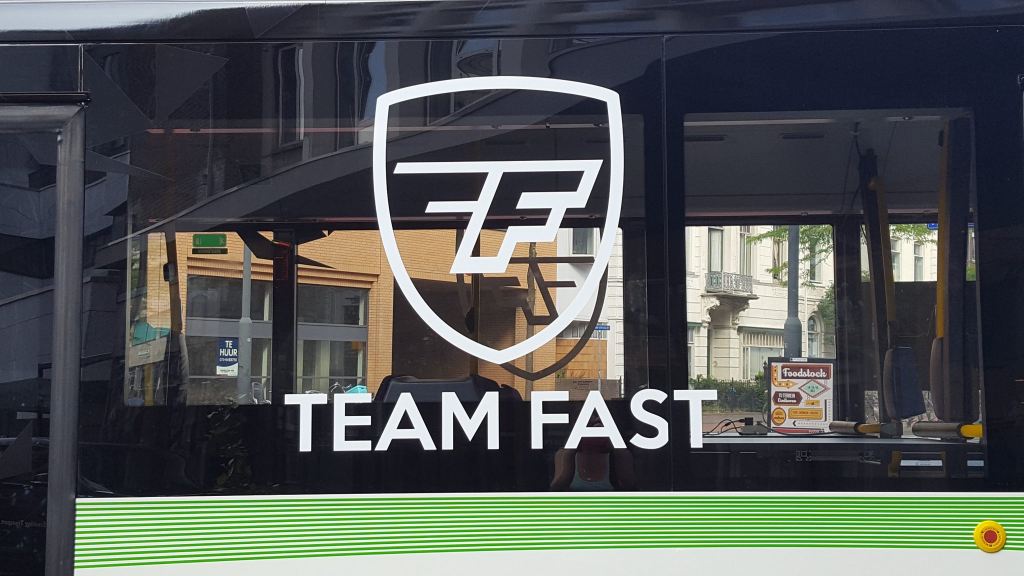 “This can completely change the transport sector into a sustainable alternative, it takes away a large part of the CO2 emissions at once”Yela Weitkamp, Team FAST

This is all in a small trailer, called ‘REX’ by the students, which is mounted behind the bus. REX is short for ‘range extender’, because the trailer as a separate part increases the range of the bus. The fuel that consists for 99% of formic acid and a substance that promotes the performances, was invented by the students themselves. “It started with a project at the TU/e. A group of students made a mini car that drove very slowly on hydrozine. And that is when they discovered that it is possible. Thus it continued to grow,” he explains.

This way of generating energy does of course require a number of material adjustments in buses and gas stations, but these are relatively easy to realize. Because formic acid is liquid, only small adjustments are necessary in gas stations. “The beauty of technology is that you want to change as much as possible without changing too much. You can also see that in this. We are actually changing the entire way of refuelling of an internal combustion engine to this system, but fuelling remains the same for the consumer. That’s the most important thing.”

The system isn’t appropriate for every vehicle. “A car that’s used to go to work can easily, and often, go on the charger, so that is a fine solution. But with a bus or a truck that has to drive long distances, that is a bit more tricky, so then our system comes in very handy.” He believes that it can make major changes. Weitkamp: “This can completely change the transport sector, which is now still driving on fossil fuel, into a sustainable alternative. It takes away a large part of the CO2 emissions in transport at once.”

Future plans
This is the first prototype, but the development continues. “It is, of course, the intention of testing even more and optimizing our prototype. For instance, we have discovered that several parts can be smaller and lighter, which makes it easier to use.” Because the system is in a trailer, it is also possible to use it for other purposes. “This system can also be used as a durable aggregate, or as a storage for green energy.” They can’t say anything about when the system can actually come on the market,  according to Weitkamp. “It is a long and complicated process, but the result is slowly becoming visible.” 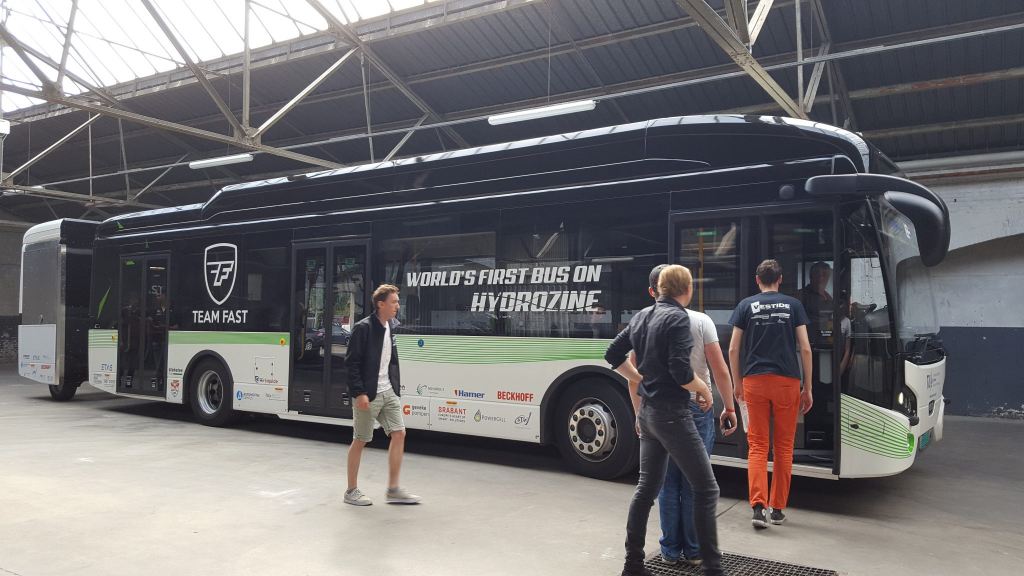