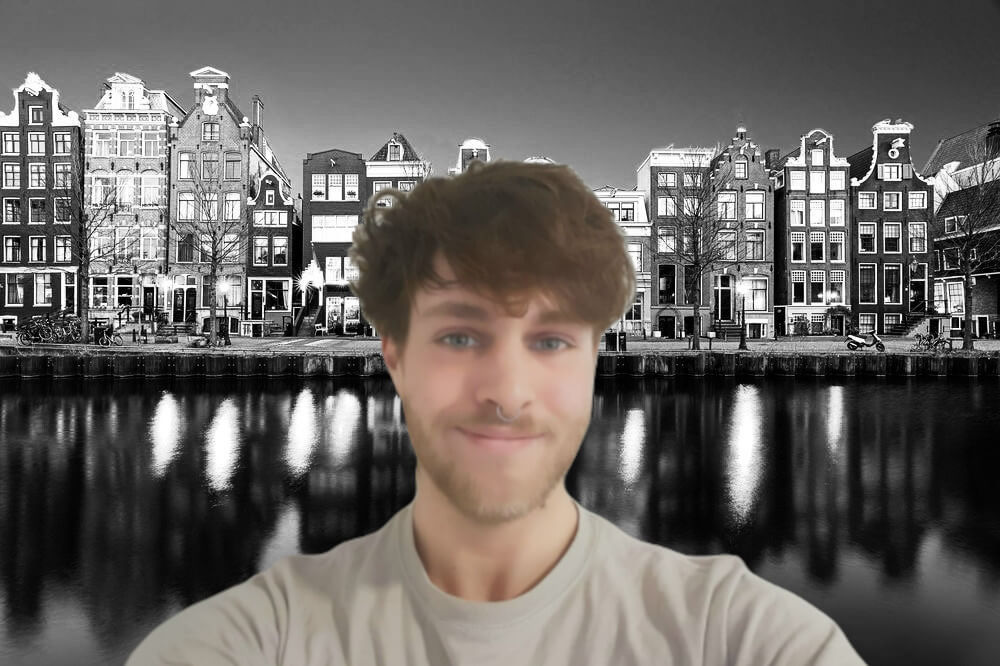 After Mark Zuckerberg’s public announcement that Facebook is rebranding itself as Meta, the metaverse has once again become a buzzword. Various global investors across the entertainment, social media and gaming sectors all want to craft a metaverse in blockchain for their own purposes.

Supply and demand is strong – both in terms of the roll-out of different metaverse visions and in user interest that has been expressed. This highly competitive growth market has already swept across Europe, but what have European web creators been developing in order to step into the metaverse? And who are the big companies supporting the exploration of the decentralized Web 3.0 o the future?

Both on the corporate tech and hardware side, the metaverse has become an important path for companies in Europe to think about over the next decade. In October 2021, for example, Facebook announced its plans to create 10,000 new jobs across the European Union.

Although the social communication network has by no means a head start, given that Zuckerberg’s company still needs to hire its ‘highly specialized engineers.’ Meta is facing fierce competition from existing metaverse developers and other major market players. Like investors in its assets and accompanying gadgets such as Epic Games, Microsoft, or NVIDIA.

By producing highly popular,3D online multiplayer survival games such as Fortnite, Epic Games’ established gaming platform has now climbed to more than 350 million registered players since its first release in 2017.

In addition to its commercial success, Fortnite also prompted discussion about the metaverse via gamers and interrelated academic discourse, with some even contemplating introducing Fortnite into school environments.

Other companies, such as NVIDIA or Microsoft, have come up with different examples of what the metaverse may entail. NVIDIA offers Omniverse, a collaboration and simulation platform that recreates a digital twin of the world. Omniverse is partnering with names such as  PIXAR Studios, Adobe and Epic Games, who make use of its Unreal Engine 4. Microsoft has focused on producing the mixed-reality Hololens goggles, and have since presented Mesh in November. Microsoft Mesh aims to: “Connect and collaborate with a feeling of presence through personalized avatars and immersive spaces.“

Aside from major global players, the limitless possibilities of the metaverse and its applications are constantly being explored by creatives and start-ups in Europe. The World Wide Web has undergone a rapid evolution since the initial Web 1.0 hyperlink structure, all the way through to present-day discussions about the decentralized Web 3.0 and even AI-driven 4.0.

Though popular applications for Web 3.0 can be found in Zuckerberg’s own idea of the metaverse, platforms owned by social media giants do not represent the aspired decentralized collaborative nature web developers had in mind when coining these terms.

In 2006, Tim Berners-Lee, also known as the inventor of the World Wide Web, referred to the Web 3.0 as “the semantic web” which is organized and categorized by more than just people. With this goal in mind, companies that make use of blockchain and the associated technologies have been pushing for user empowerment through shared problem-solving efforts, data sovereignty and privacy rights in collaborative online spaces.

One space where this kind of teamwork is nurtured is the hackathon concept. These have become a common way for creative developers to create spaces for gathering people across different sectors. As a massive collaboration event, hackathons can be used for solution-oriented work with a variety of purposes, in sectors ranging from the arts and music to innovation and policymaking.

These events take place either physically or online and last up to 24 hours or longer. During this time, participants tackle programming tasks with the goal of coming up with innovative tech at the end of the creative sprint that actually works in practice.

One company that has made a name for its ‘digital first’ hackathons is Odyssey. The digital native foundation was set up in 2016 by Rutger van Zuidam and has held three hackathons in the Dutch city of Groningen and one in Brussels for the European Union Intellectual Property Office (EUIPO) and the European Commission.

According to Forbes, the physical Odyssey hackathons are recognized as the biggest in Europe. The project also received an EU grant in 2017 and has been a partner of the Dutch government since 2016.

Following lockdown regulations, the company had to move its 2020 hackathon online and operates under the name of Momentum.

In a highly immersive metaverse 3D web environment, participants remotely worked on challenges set by corporations, governments, and non-profits from the US, France, Germany, Sweden and the Netherlands.  These challenges include work on topics such as the energy transition, healthcare, public safety and nature conservation.

“I think this collaborative culture and capabilities of the internet, and what people can do with that together, are wildly undervalued.”

Odyssey is a digital native foundation established in The Netherlands. It originated in 2016 as a stepping stone for multi-stakeholder collaboration and solutions, bridging the gap between the worlds of large institutions and emerging web3 and AI spaces. Momentum serves as an open source web3 metaverse stack for collaboration that people can freely use to create their own collaborative 3D spaces, initiatives and communities. Users range from developers, start-ups and corporates, to creatives, scientists and other stakeholders. Odyssey raised €4M in its funding round in November, 2021.

“All of a sudden, we are talking about collective value creation as an activity in the metaverse, so it’s not about gaming,” Zuidam says, laying out his vision for Momentum. “It’s actually about turning collaboration into a human superpower.”

Several Dutch universities, government ministries, energy providers, as well as SAP, have followed suit with this idea and belong to Momentum’s growing client list. According to Zuidam, a lot of individual users have also joined the platform in the last six months.

For Swedish energy provider Vattenfall, its strong interest in bitcoin and blockchain development since 2012 has led the company to get in touch with Zuidam. Four years later, Vattenfall Innovation manager Michiel Sintenie and the Odyssey founder started working on an energy track within Odyssey. This was to be tested out during the hackathon, with prototypes for the energy market in blockchain in mind.

“By bringing this to an online collaboration platform, you’re lowering the barriers and unblocking talented people or ideas for solutions that may have been hidden (…),” Vattenfall’s director of media relations Anouk IJfs explains, “This opens up a much wider range of solutions to the challenges that we are setting for the metaverse.”

Vattenfall views the metaverse as a chance to work on difficult issues around living fossil-free and enabling consumers to achieve this within one generation. But beyond that, the company has used the collaborative medium as an “exploration into new technologies” and as an acceleration tool for building market-ready prototypes.

Vattenfall has been setting tasks on its agenda involving the Web3 space and has created no fewer than 40 prototypes for that as a direct result of starting to work with Odyssey.

“You can be a firestarter,” IJfs explains, stressing that inviting external stakeholders to contribute ideas helps “outline the challenges from different points of view and helps the teams answer the right questions.”

As more companies invest in and interact with collaboration tools on the metaverse, the prospect of a decentralized web becomes more and more tenable. With big names like Vattenfall joining Odyssey in the creative sprint to an upgraded web, it’s only a matter of time before the knock-on effects of these efforts will impact the workflow of end users and professionals alike.