Many people nowadays fear drones because they think that drones can eradicate a wide range of jobs.  They are also afraid that robots can be dangerous since they have a lack of empathy and conscience and any kind of malfunctioning can  turn to be hazardous to people. However, the team of “the first domestic drone in the world” – Blue Jay – is trying to show people that drones can be autonomous, safe, and friendly and together with that helpful in people’s everyday life.

Born as a student team project from Eindhoven University of Technology, Blue Jay received a worldwide popularity with the Drone Cafe in 2016 where it took the role of serving drinks to people. The initial idea behind the creation of Blue Jay was what Tessie Hartjes, the co-founder of Blue Jay, defined: “We wanted to show people that making new technology is about considering the problems we have in society. We want to make people think that drones can be used for good reasons! Our goal with the drone cafe was to make people generate ideas on how this technology can help them in everyday life.”

The Blue Jay team initiative was more than successful. The Drone Cafe was visited by 2,000 people who queued for hours in order to be served a drink by the autonomous drone which used its own “hand” for the purpose. Meanwhile, people could write down or draw ways in which they thought drones could help them in everyday life. “We a got a lot of suggestions”, Hartjes explained. “A man in a wheelchair told us he saw a lot of potential in Blue Jay for helping disabled people.”

Rosa Kuipers, the current team manager of Blue Jay, related how her team is developing the second generation of Blue Jay: “We overcame some challenges and came up with the second prototype – we improved the flat efficiency, the kind of batteries, and the propellers so Blue Jay can fly longer now. We also changed the functioning of the gripper and the overall design is a bit smaller and all these facilitate his interaction with humans”, she furthered. What the team still wants to achieve is to make Blue Jay react to people’s movements by moving himself.

“The main goal of the team is to show people that drones can be among humans and help them in daily routines.” For example, drones can fly anywhere, thus, they can help people in dangerous situations – Blue Jay can pick up an extinguishing rod in case of a small fire and put it out when there is nobody else around. Drones can be used as supportive tools for elderly people who need extra help at home – e.g. giving them their medicines and helping them around the house. They can provide extra help to disabled people, too, Kuipers illustrated. 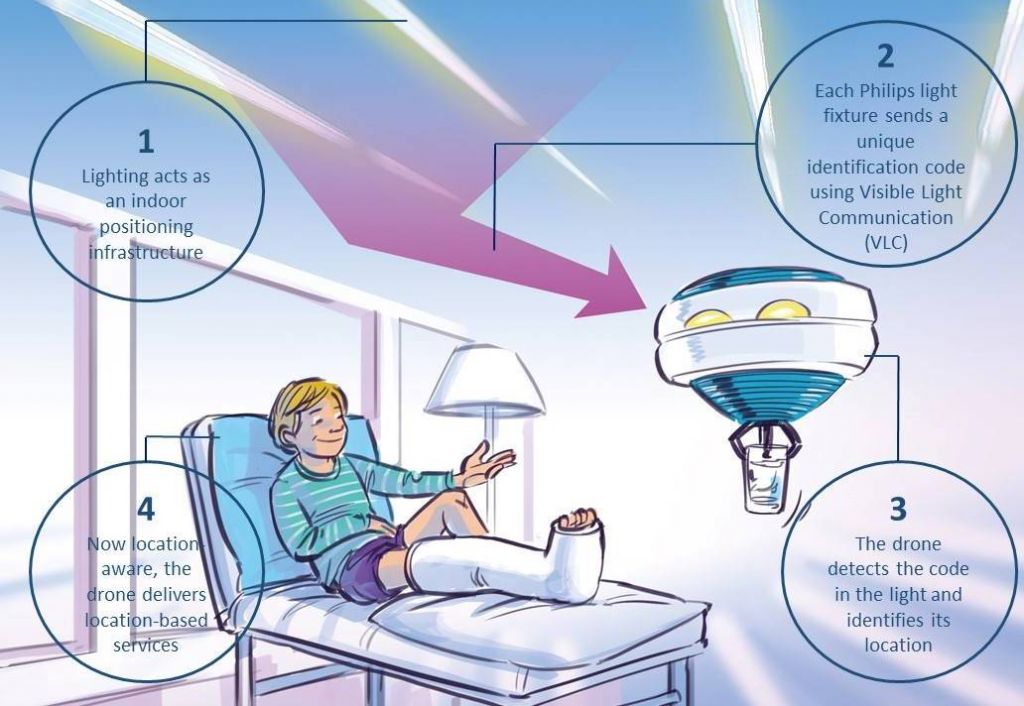 Hartjes added that drones can be used for security companies, too: “There are a lot of false alarms at police stations and drones can help in such situations by checking these places.” Hartjes also mentioned that recently a man who had a big vineyard contacted her and told her he wanted to have an autonomous drone to scare away the birds damaging the grapes.

In addition, domestic drones can help people in different spaces. “At the Dutch Technology Week we are going to have a demonstration of the second generation of Blue Jay in a healthy environment. We are trying to create demonstrations in three different environments: first – in a domestic environment, second – in a healthcare institution, maybe drones can also help people in hospitals, and third – in a public space. We have so many different places to explore in the field of domestic drones”, Kuipers explained.

“The aim is to get people in contact with domestic robots and show them the drone’s capacity”, she furthered. As a current team manager of Blue Jay, Kuipers has her dream: “By the end of the year I want people to get inspired by our second prototype and see the benefit of collaboration between people and drones”, she beamed.

Photos and video by Blue Jay