Eindhoven wants to become a smart society. But how does that work? What’s going on in a society like that? Are there any good examples to learn from? DataStudio Eindhoven explores the transition a city has to go through to actually become such a smart society. Each week, we present a new contribution on E52. This week: Platform 040goedbezig. Read all the articles here.

Digital platforms can serve to bring together supply and demand in all possible areas, from car rides to baby sitter, from volunteering to the temporary hiring of workspace or bedrooms, the ins and outs of eating mushrooms to filling out tax forms. They can work as an exchange point of data and information between organisations, governments, groups of people, individual users, machines and sensors.

Digital platforms are useful for communication, for organising and tracking projects. With platforms the smartness of people can be combined with the intelligence of the computer.

But platforms can also have harmful effects. The unbridled trade of data by Facebook is notorious (perhaps making privacy a stale idea), just like the precarious legal situation of people driving for Uber. When it comes to the promotion of a smart society, it is therefore important to think carefully about the principles of design, layout, engineering, and the management structure of the platforms.

For those who want to read more about finding the roles, risks and opportunities of platforms, the DataStudio Eindhoven site offers some background articles and other texts.

In a series of portraits of platforms we look at digital platforms operating in Eindhoven and we are trying to see if and how they contribute to a smart society. What is the purpose of the platform? Who develops it and who uses it? Does the platform support the connection between citizens and city government? Does it promote public values? And how well is it visible, in terms of technology, in terms of content and in terms of design?

In this episode we take a closer look at 040GoedBezig, the Eindhoven version of the national platform Nudge.

What does it do ?

Nudge is a national digital platform that aims to achieve behavioural change in individuals and organisations in the fields of climate, energy, the environment and social sustainability. Nudge involves its users in each other’s projects and campaigns, and also develops its own projects. It offers the network of the channel to its users and helps individuals and organisations to develop or continue their projects.

The municipality of Eindhoven wanted to stimulate initiatives around the circular economy and was thinking about the creation of a digital platform. But this is no easy task as a municipality. It should not be a centralised website, but a self-organising network of local initiatives. But why would people join a network that has no other members? How do you start something like that?

The founders discovered the existence of Nudge and saw that it actually had all the features that they themselves had already thought of. Nudge was a real community that grew on its own merits, not by direction from above. On top of that, it already had more than a hundred active nudgers. 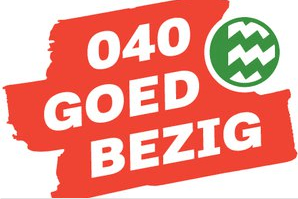 The municipality decided, in cooperation with Nudge and some other stakeholders from Eindhoven to create a local ‘clone’ of the platform. This was launched in May 2016 under the brand name 040GoedBezig. Since then the nudgers actually became members of 040GoedBezig. Eindhoven was the first municipality to realise a local Nudge, but there are other municipalities in the pipeline.

The growth of the platform looks good. Meanwhile, there are 807 registered members in Eindhoven, involved in 140 projects and subprojects, ranging from people digging into wormery on their balcony for composting organic waste, to knowledge and resources when installing solar panels, as well as campaigns to make people eat less meat.

On the national Nudge map you can see that Eindhoven already has a relatively high density of nudgers. The biggest project that is developed is the Congrestival – a long-term trajectory around a combination of a festival and conference: in itself again the vehicle for the development of a sustainability agenda with a task plan for the city of Eindhoven.

Who develops it with what intentions?

Nudge is a social enterprise, a company with a good cause. It is certified as a “B Corp“. This means that it has the structure of a company and the aim is also to make a profit, but at the same time it is restricted – on their own initiative – to stringent requirements in terms of social and environmental protection.

040GoedBezig is managed at the municipality by project leader Kim Sleegers, all according to the same principles. The activity on the platform comes primarily from members. The effort of the municipality is mainly to invite the people to join. She also helps to organise the offline meetings where many of the activities of the members take place.

How does it support the smart society?

040GoedBezig doing exactly those things where the smart society is all about: it connects citizens among themselves, with their city and with the city government. The initiatives and activities of the citizens themselves are key, and everything is transparently focused on the public interest.

In fact, 040GoedBezig performs as a collection point for other smaller platforms around specific initiatives. It gives hyperlocal projects access to like-minded networks across the city. Its strength is that 040GoedBezig is never competing with these small projects, but rather strengthens them and gives them more scope. And obviously, it is not intended as advertising platform where members compete amongst each other.

In this project, the municipality seems to be able to play the role that suits them in a participatory city – not being an organizer and provider of services, but rather a facilitator and guardian of preconditions.

Its layout is well designed: different possible degrees of participation are offered side by side, without being cluttered. All kinds of participators can make their own valuable contribution. The design itself is again offered under a Creative Commons license, which other organisations can build on.

In terms of technology, this way of developing is pretty smart. 040GoedBezig is a clone of Nudge, so Eindhoven carries only a small portion of the costs for technical development. Creating an account is possible with email and can be done ignoring privacy sensitive services like Facebook or Google (though one could choose for that road as well).

All in all, we can easily conclude: Well done! – Goed Bezig.

Dortmund: where innovation drives community spirit
Academic heart, commercial head
New German government wants to be bolder in modernizing…
You shouldn't just ask for a grower, but just give Bart a…
What is the ‘box’ when it comes to thinking 'outside the…
Sugar beets as a new, circular raw material
Manage Cookie Consent
We use cookies to optimize our website and our service. Help us to make our site better by accepting all cookies.
Manage options Manage services Manage vendors Read more about these purposes
View preferences
{title} {title} {title}