Spin-off RIFT (Renewable Iron Fuel Technology) from the TU Eindhoven wants to use iron fuel on a global scale as a sustainable alternative to fossil fuels as a way to lower CO2 emissions. The pilot project that’s running together with Ennatuurlijk is an important step towards achieving this goal. In the Dutch city of Helmond, the start-up is now working on a proof of concept boiler with a capacity of one megawatt. This can be used – via the Ennatuurlijk heat network – to provide heating to five hundred households.

The system works as follows: iron powder is burned in the boiler. A lot of heat is released in this process, for example, for heat networks. What is left over is rust powder. This can be converted into iron powder again by using hydrogen, which in turn ‘charges’ the powder and creates a circular fuel. The start-up is now building a test plant for both of these components. A first test boiler for burning iron powder will be installed in Helmond. The system that converts rust powder back into iron powder is located in Arnhem. This is the first of its kind.

Mark Verhagen, CEO of RIFT, sees iron fuel as an important asset when it comes to sustainability. “Industrial processes and heat networks need vast amounts of energy. Sustainable alternatives such as electricity and hydrogen are not always able to provide this. Our networks are not designed to supply so much energy to industry on top of the current usage within such a short period of time,” he states. “So in these sectors, alternatives like iron powder are really important.”

No CO2 and less nitrogen

“No CO2 is released in this process. In addition, nitrogen emissions during the process are much lower than those from coal or gas,” Verhagen explains. Iron fuel also offers a number of advantages. For one thing, it has a high energy density. One cubic metre of iron fuel contains as much energy as eleven cubic meters of hydrogen under high pressure. It’s also much safer to store and transport than hydrogen. Finally, it does not lose any energy while in storage. “That does happen with batteries, for example; they run down over time.”

Start-up RIFT sprang from the SOLID student team at Eindhoven University of Technology (TU/e). The team has been working with researchers at the university on the technology behind the iron fuel ever since 2015. The student team tested the technology – as part of the Metal Power Consortium – in 2020 at the factory of Swinkels family-run brewery. Iron fuel produced the heat that was needed in the brewing process. Mark Verhagen was SOLID’s team leader in the 2019/2020 academic year. “That’s when we were able to demonstrate that the technology does work. With the current pilot, we can prove that it also has commercial potential.” 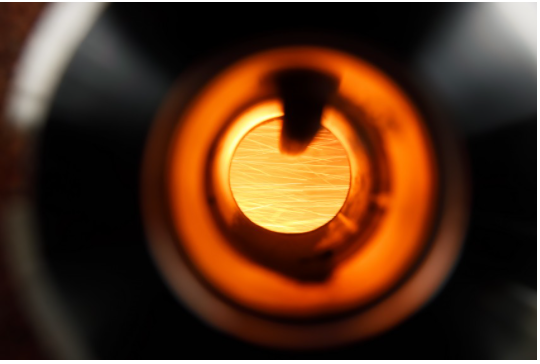 First beer in the world brewed using energy from iron fuel – Innovation Origins
The Dutch Bavaria Brewery has the world’s premiere in the application of iron fuel as a sustainable alternative for industry.

Verhagen stresses that student teams are important drivers for new technologies such as iron fuel. “In a student team, the right kind of people get together. People who really believe in a particular innovation and want to put their shoulders to the grindstone to actually push it to the next level,” he says impassionedly. “At SOLID, we often received skeptical reactions from people who thought this technology wouldn’t work. But it does work!”

Now, as CEO of RIFT, he takes a very different view of the people who are contributing to innovation. “We work with a very diverse team made up of fourteen people. The younger ones know all about this new technology and the over-50s have a huge wealth of experience that they are keen to share with others. That way, we make sure we get the best results together.” Partners who are facilitating the first pilots are also invaluable to the company, he notes. “They are sticking their necks out in order to really bring this new technology to the market. That makes them important trailblazers when it comes to the energy transition.”

In two years, RIFT wants to build a five-megawatt iron fuel power plant. To that end, a letter of intent has already been signed for collaboration with Veolia Industrial Services. “With the current one-megawatt pilot, we are studying the most important components of the plant in a commercial environment. After that, we can further optimize the system and scale it up to the five-megawatt system.”

Verhagen: “I see iron fuel as an important sustainable alternative to fossil fuels alongside wind turbines, solar panels and hydrogen. Our goal is to be able to decarbonize heavy industry around the world with iron fuel.”

This story is the result of a collaboration between Technische Universiteit Eindhoven and our editorial team. Innovation Origins is an independent journalism platform that carefully chooses its partners and only cooperates with companies and institutions that share our mission: spreading the story of innovation. This way we can offer our readers valuable stories that are created according to journalistic guidelines. Want to know more about how Innovation Origins works with other companies? Click here

Sustainable and innovative WarmteStad heat network is…
Greenhouse horticulture without gas? In search of even more…
CO2 from sea cuts down on greenhouse gas in air
The fastest way to a CO2-free mobility sector: microturbines…
Developing a quantum computer takes more than just money and…
This will make microplastics obsolete