When the Utrecht-based startup Qoobi attended last year’s CES Awards in Las Vegas, they received the best possible endorsement for their newly developed product, a speaker-like device that converts digital track to analogue signal: Musician Stevie Wonder was making his way through the noisy exhibition hall, heard the sound from the Qoobi ONE and stopped to investigate.

“Typically, the design of our prototype draws attention but, in this case, the appearance of the equipment was not relevant. It was a strong endorsement,” says Marielle Uiterwijk Winkel, External Relations Officer for Qoobi. This surprise boost was followed by the announcement late last year that the Qoobi ONE had won the CES 2019 Best of Innovation in the High Performance Audio/Video category. The annual awards presented by the US-based Consumer Technology Association honours outstanding design and engineering in consumer technology products.

Qoobi’s three founders, based in Israel, Spain and Russia, teamed up in 2015 to design a device that they felt would put an end to the disappointing consumer experience of listening to low-quality digital audio. Owing to compression, the conversion of sound to MP3 format dilutes its quality; the problem isn’t resolved by using expensive audio equipment to listen to digital music.

“Sergei Avdeev, Matvey Evstigneev and Evgeny Klukin experimented for quite some before coming up with a practical solution. We describe it as ‘unfrosting’ your music, as the technology turns digital music from any smartphone into analogue format, using analogue amplifier vacuum tubes. This creates sound of outstanding quality – as if the musicians were sitting next to the listener and performing a live concert”, says Uiterwijk Winkel. 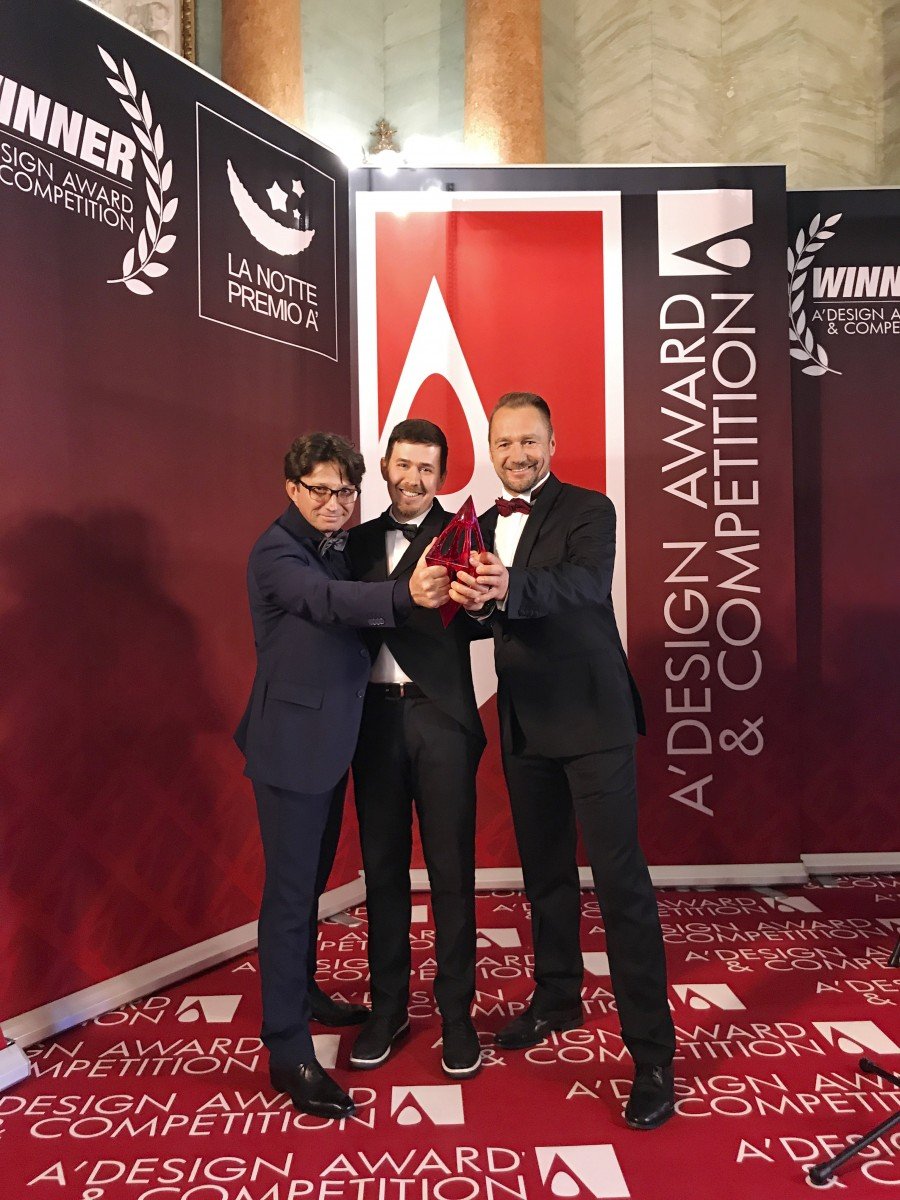 Avdeev and Klukin have a background in radio technology, and have spent their full careers in sound engineering. Evstigneev is a designer, and is responsible for the eye-catching polyhedron form of the Qoobi ONE, which is built using anodised aluminium and quarts glass, with interactive backlighting.

Uiterwijk Winkel says the team is already working on the next model, based on feedback received at CES; the second model will include plug-in ports to make the product more versatile in its application.

Qoobi ONE goes on sale in mid-2019, with pricing starting at $1.500. Uiterwijk Winkel says pre-orders are coming in fast, with firm interest from distributors and big webshops.

“At this point it is crucial for us to find investors.” The Qoobi team are in the process of raising capital, focusing their efforts on Northern European investors.

Erika van der Merwe is a writer. She is exploring Eindhoven’s exciting world of tech and innovation. As a non-native tech speaker, she finds ways to understand and present the many abstract and technical concepts generated in this busy region. She loves to discover the human aspect in every story.