After we set a date for the interview, Alvin emailed he wanted to meet up at Strijp S. We decided Onder De Leidingstraat would be a good place, with the sunny terrace and all. But when the day of the interview arrives, it’s raining cats and dogs. Between heavy showers, we can photograph Alvin outside. We talk inside the coffee place on the cozy couch with some tea and cappuccinos. “I lived in Guadeloupe till I was 18. That’s a bit different then Eindhoven. I moved to Paris to study Industrial Design. After that study, I came to Eindhoven.”

Alvin came to Eindhoven for the Design Academy. “I wanted to discover what I wanted with design. I wanted to do something less materialistic. My core interest is in educational systems. For the academy, I created a course called Open Lab. Students get to choose their mentors according to their needs and there are collaborations with for instance the Fontys Minor Electrical Engineering. We wanted to define our own education, have more of a say in what was included, how it evolved, and even how it was assessed. We did a final expo at Designhuis and starting this September students can take the refreshed Open Lab classes at the academy.”

“If you ask children to be responsible, then let them take responsibility for themselves”Alvin Arthur, Design Academy student

“My interest in education comes from the question where can we influence people the best to make their own choices. If you don’t empower yourself to do so, then you are stuck in the program dictated by other people. Especially the age group 8 to 14 years old, they need to learn how to choose what’s best for them. If you ask children to be responsible,  then let them take responsibility for themselves. Educators need to take action and give young people tools to form their own future. When I was in middle school we had a pretty strict system, you needed to stay in the program. But we got asked to think about our role in society. Later, during my study Industrial Design, we were obligated to take science classes that had nothing to do with our study. And when you are not motivated, it is even more difficult to focus.” 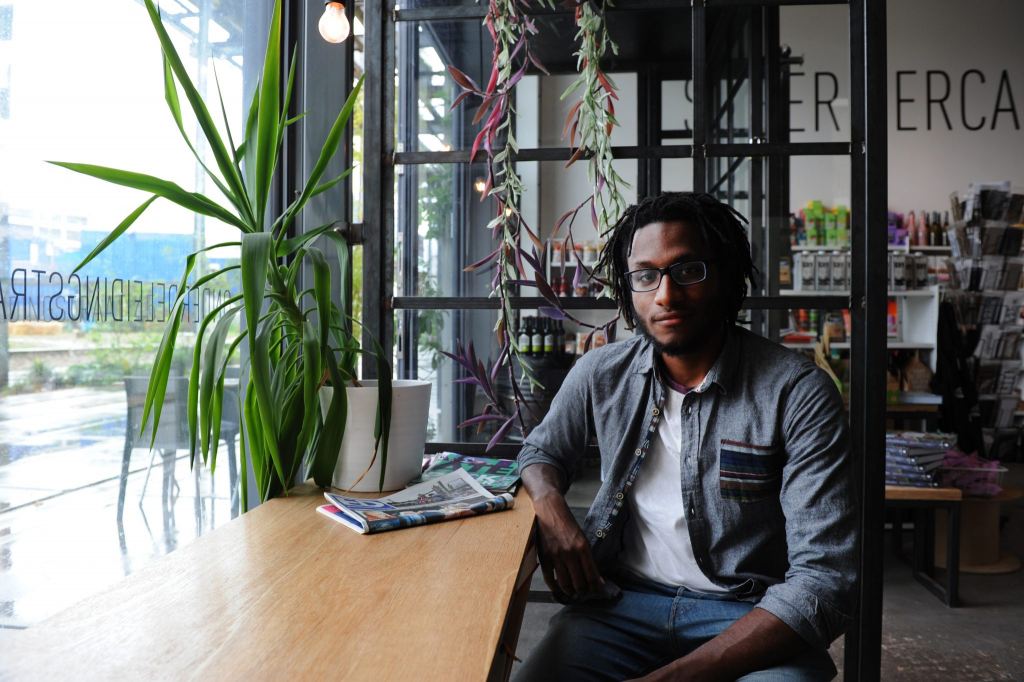 Alvin shares a house with a couple of roommates. “Currently two people in my house are busy with their graduation project. The house is a mess,” he laughs. “But I try to help wherever I can, make tea, cook for them. This house and its people give me energy. I also get energy from hip hop. I organise parties with our hip hop collective Space Jam Hip Hop Inc. The first party was at Oude Rechtbank and 500 people showed up. And the ones after that were also pretty successful. The next one is on June 30th at TAC. And a fun addition, during Kingsday we turned Hoogste Tijd into a Kingstonday party.”

“I really enjoy the scale of the city. I bike everywhere. In Amsterdam and Paris there are too many people. Way too crowded. I think Eindhoven is more relaxed. But I must say, I think it is very quiet on the streets at night. Especially Monday to Thursday there is no nightlife at all. I miss the food from home the most. Most of my food I get from a Turkish shop, but most stuff doesn’t taste the same here. At the moment my parents are visiting me here in Eindhoven. They brought all kinds of stuff I like: home-made sauces by my aunt and honey from the mountains. I really like it here, but those things take me home a little bit.”

Isn’t that a bit creepy? Robots with ‘human’ brains

Potential for medicine and biotechnology: Cyanobacteria

The dos and don’ts for protecting your designs