The High Tech Campus on a Tuesday morning: it is quiet on the street, the parking garage is nearly full. On the top floor, we eventually find a parking space. From the garage, we walk to building 12, the headquarters of Usono, among others, the company where Ahmad works. “Let’s go the lab, there is less distraction,” says Ahmad after we meet. Before the interview, Ahmad asks us if we can do the interview in Dutch because he masters Dutch better than English. Despite the fact he has been here only three years, his Dutch is very good: “I have been taking classes for quite some time now. It is a difficult language, but it is going well.”

Prior to the Netherlands, Ahmad lived in Dubai where he worked as an art director for magazines. “I wasn’t allowed to stay in Dubai when the war started in Syria. I went to Egypt, where I met my wife. She is also Syrian. I knew from my time in Dubai some Dutch people and it seemed to me to be a nice country, so we decided to come to the Netherlands. I studied ICT in Homs and specialized in graphic design. I can do my work also in the Netherlands, although sometimes it is difficult with briefings for assignments. I would like to start up my own studio and work as a freelancer.”

“We don’t have any family here, so it is important we build a network”Ahmad Khzndar, Graphic designer

“I’m very happy with my work at Usono. I get to gain experience and learn also how the Dutch work culture works, while we have a very international team. With the Dutch I speak Dutch and with the others English. I ended up at Usono thanks to a gathering of High Tech Plaza. I knew about it via the organisation Vluchtenlingenwerk. The founder of Usono, Victor Donker, was present at the event and we started talking. I told him what I do and he invited me for an interview and now I’m part of the team.” 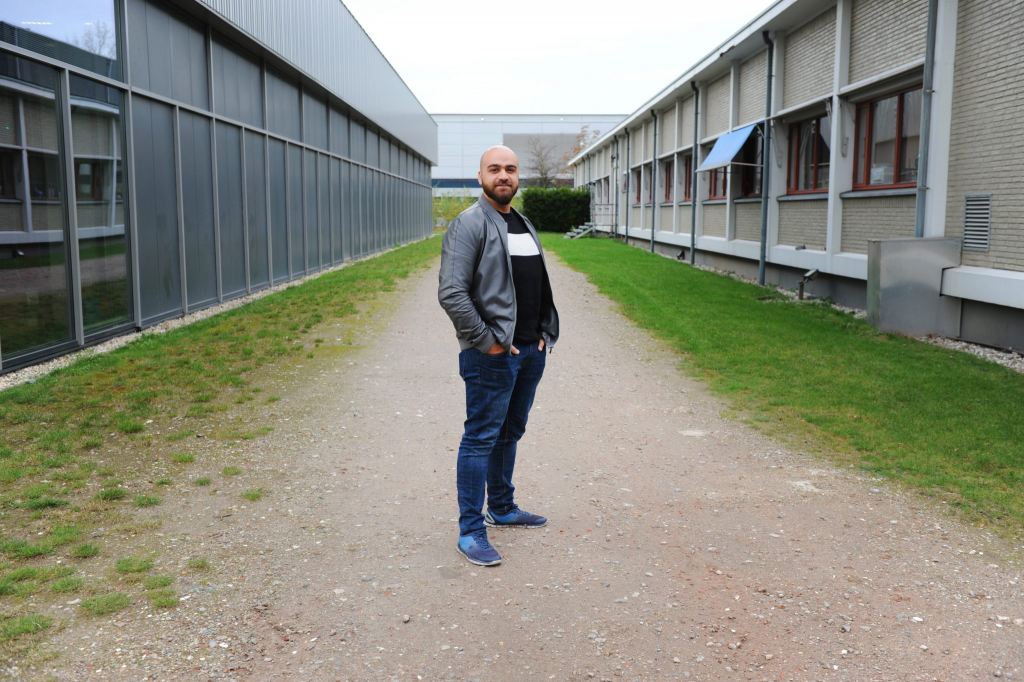 Ahmad left Syria before the war started. His wife fled before she could finish her study: “My wife studied mathematics and unfortunately she couldn’t finish the last year of her study. Hopefully she can do this in the Netherlands. She also speaks Dutch very well. As refugees we are required to learn the language and that helps us to make contact. At home, we speak Arabic and Dutch with the children, and sometimes a little bit of English. I really want my children, when they are older, to learn Arabic so they can also learn how to write it. We think it is important that they are able to do that.”

Ahmad and his family are very active in giving shape to a good life here. “It is important we have a network. We don’t have any family here and that is difficult. So we have to have good contacts in a different way. We do that among other things through Cooperation Ik Wil, I used to be a volunteer there. We organize activities, training and courses and everybody is welcome to join. I’m having a good time here and I don’t think there are a lot of things that need improvement. The only thing that could be better for me is the content of the Dutch courses. I can read and write in Dutch, but it would also come in handy if I would learn more about the language in my area of expertise. That makes it easier to find a job.”