On July 12th, the Zwolle District Court in The Netherlands declared Eden Advanced Technologies from Enschede bankrupt. The curator gave himself another month to save the company. Their product: A cross between a Westland greenhouse, a balcony plant and a display case.

It must have been an inspiring evening a few years ago when four young students from the Dutch city of Twente wondered why vegetables are always grown ‘horizontally’. All those long fields … If you could just come up with something to preserve the nutrients and the water, then surely it can be done differently? Upside down, vertically maybe? Christiaan Haas, Marius Scrieciu, Toms Bernhards and Niels Jansen wanted to design a cross between a Westland greenhouse, a balcony plant and a display case. After a series of prototypes, their cultivation system saw the light of day in the mid-2020s in the form of a compact, upright, stylish vegetable greenhouse that makes it easy to grow your own vegetables anywhere – in living rooms, catering kitchens, but also in vacant factory buildings, for instance.

So convinced were the young entrepreneurs that they named their concept after the Garden of Eden. The organic growth process was optimized and without using pesticides. The plants were given just enough food. Not a drop of water was lost. There would never be a shortage of agricultural land again was the idea at the time. Transportation costs and packaging would all became redundant. Eden Advanced Technologies from Enschede was going to outshine the glory of Adam and Eve’s paradise, that much was certain. “We were already growing green beans. They tasted delicious,” said Christiaan Haas at a presentation. Together with his companions, Haas had managed to attract another indispensable nutrient: Pre-seed funding from the Dutch Student Investment Fund. The fund, which is managed by students, invested fifty thousand euros in Eden.

Whoever ate the apple is not known, but the fact is that the entrepreneurs of Eden 2.0 also had to face a reality check. The malevolent unpredictable outside world rained corona down on the earth. The hospitality sector on which Eden Tech had placed its bets went into lockdown. Other target groups had not yet been thought through enough. A loss of over a hundred thousand euros was booked in 2020. This summer, it was curtains for the fledgling company. Nevertheless, curator Tom Brouwer from Enschede’s Brouwer Legal continued to keep Eden’s hopes alive. To prevent the crops from going to waste, the entrepreneurs were allowed to continue their business for a few month mores. In the meantime, Brouwer promised to look for parties willing to take over Eden. “It should be clear within a month whether there will be a relaunch,” he says.

This story is reprinted with permission of the author and was previously published on the Dutch bankruptcy site Faillissementsdossier.nl 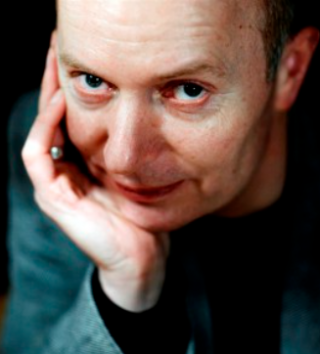