The Innovation Lab on the site of the Technical University Eindhoven is bustling. It is a coming and going of business people and young entrepreneurial talented students. “We are where science meets business,” says Steef Blok, director of the Innovation Lab, proudly. “You see it and you feel it when you’re walking through the corridors here. We are making sure that research results actually get a place in the society and get translated into business.’ Knowledge Valorisation’, as it is called. And the most important resources for this are entrepreneurship and cooperation.”

A look back at the college year 2016 –‘17 with director Steef Blok and business developer Robert Al.

There is no lack of activity at the TU/e. Steef Blok, director of the Innovation Lab, estimates that there are currently about 50 companies active under TU Holding. “And there keep coming more; companies are an excellent way for us to pump our knowledge into the society.” Eye-catching examples? Blok can easily mention them. “In the health tech, I immediately think of Preceyes, which will also soon start in Rotterdam with robot-supported eye surgery. Or Xeltis, which has been active for some time with artificial heart valves that, as it were, grow into the body. But we’re also making big steps in photonics, just look at the development of Smart Photonics which has recently raised 7 million in a second financing round. Or in automotive, with the recently presented Lightyear which is literally a spin off of the student teams around Stella and Stella Lux.”

It was also an important year for Snocom and Nemo Healthcare, colleague Robert Al ads. “After a lot of hard work and quite a few setbacks, both companies have made a big score the past year. Snocom – which has a solution for snow loads on runways – concluded contracts with the airports of Paris, Helsinki, and Amsterdam. And Nemo Healthcare managed to get approval from the FDA, which is very important for the further development. If anything opens the door for new contracts, it has to be that. And can I mention another one? Look at what Bitsensor has performed: through participation in our European talent program and an investment of 400,000 of Volta Ventures, founder Ruber van Vreeland, originally an ethical hacker, and his companion Alex Dings have become a world player in the field of computer security. And they are ready to go and do the same for the Internet of Things. Very clever!” 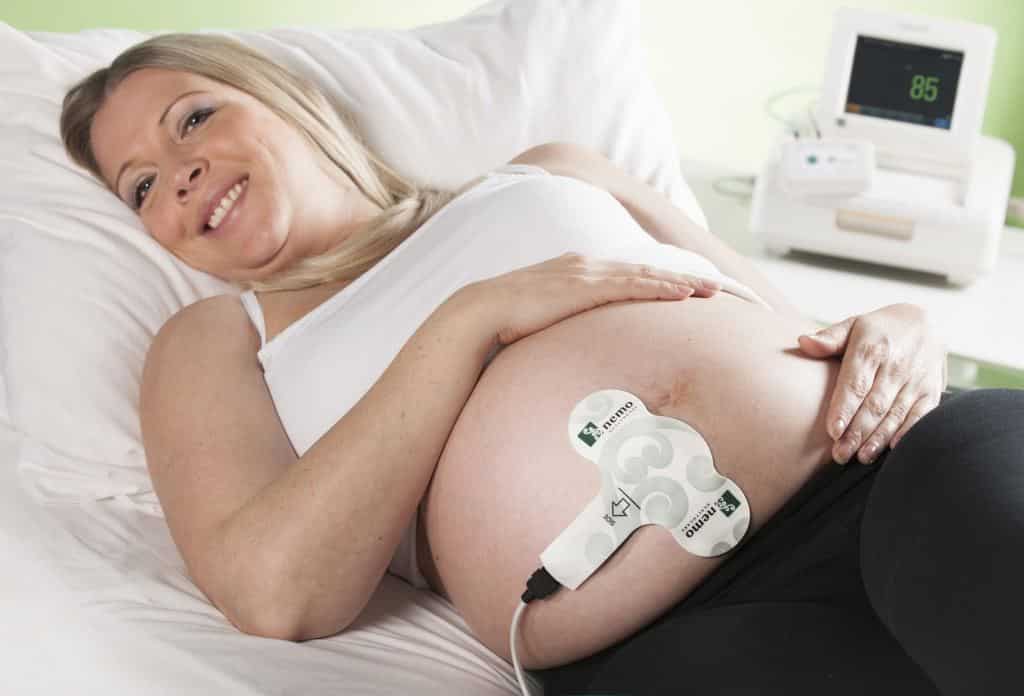 It’s not always necessary to start new companies. The past year, the Innovation Lab has also been able to help existing companies, mostly SMEs. For example through the use of licenses. Blok: “That can be in the form of patents, but also by just sharing relevant knowledge. That way we help Den Ouden in The Peel with a license for techniques to reduce the stench in manure processing and we support the potato farmer Van den Borne in Reusel with our data knowledge.” More than 300 SMEs in the region were able to profit from the knowledge of the TU/e that way. “It sometimes takes the shape of a contract research for a specific company, but these companies also often participate in one of our ‘living labs’.”

For the university, this also meant a different way of working. Blok: “Universities are traditionally organised around faculties where specific expertise is built up. But for successful valorisation, crossovers are almost always needed. Take the whole smart city research, literally all our faculties are involved in it. It is a new market, that we have to approach in a new way.” Besides smart cities, that also goes for themes like sustainability and vitality, according to Blok. “And don’t forget data science, a theme that is even university-transcending. Thanks to cooperation with Tilburg University, we were able to establish Jheronimus Academy of Data Science the past year. That’s where alpha, beta, and gamma come together.” Another recently started living lab is the building Atlas, which is becoming the most sustainable education building in the world. “During the construction, the valorisation already begins.” 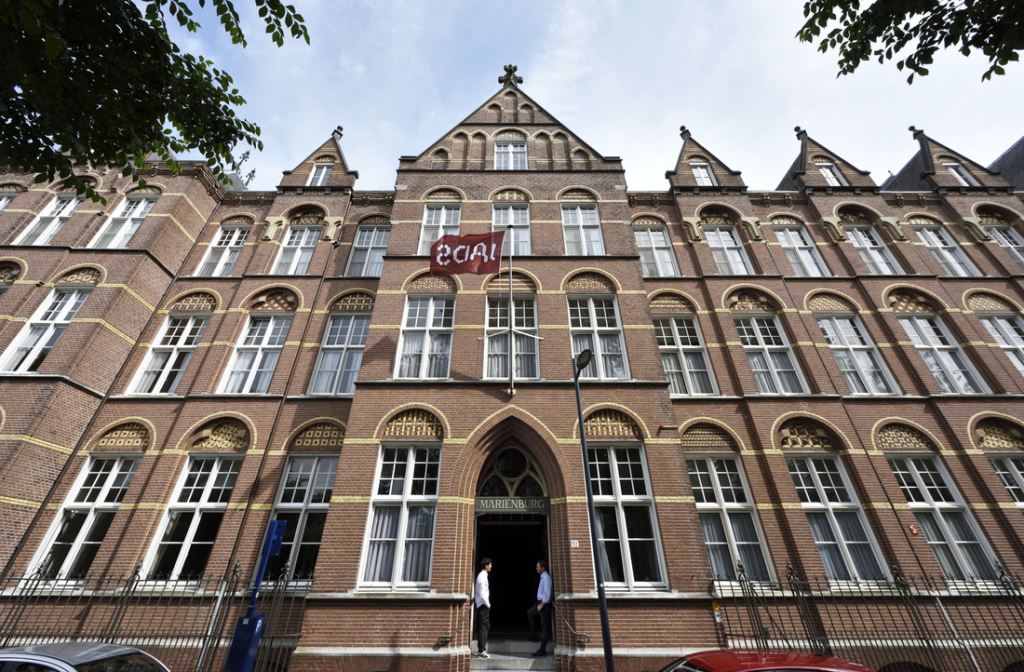 Breeding ground of talent and activity

The student teams are often not far away when it comes to living labs. Blok: “Those teams have really become our showpieces. They’re there for the tangible innovations, often linked to a competition against other universities. The establishment of Lightyear shows that their gained knowledge directly goes into the society. Without Solar Team Eindhoven, that company wouldn’t have existed.”

According to Robert Al, student teams are making two important things visible: “Besides the program itself they are working hard on, those teams are very useful in scouting talents. Especially the leaders of those teams have qualities that can develop thanks to those teams; you often see them later on as CEO of a company. Moreover, such a student team always leads to something new, that would otherwise never have happened. Lightyear was already mentioned, but don’t forget Team FAST. They say they are building a bus on formic acid, but it’s actually more like a battery on wheels. That team is making very important steps in the solution of energy storage. At a given moment, that business will separate from the project-FAST, I am really convinced about that. Not without reason, we are also giving this a place in the living lab in the Atlas-building.” 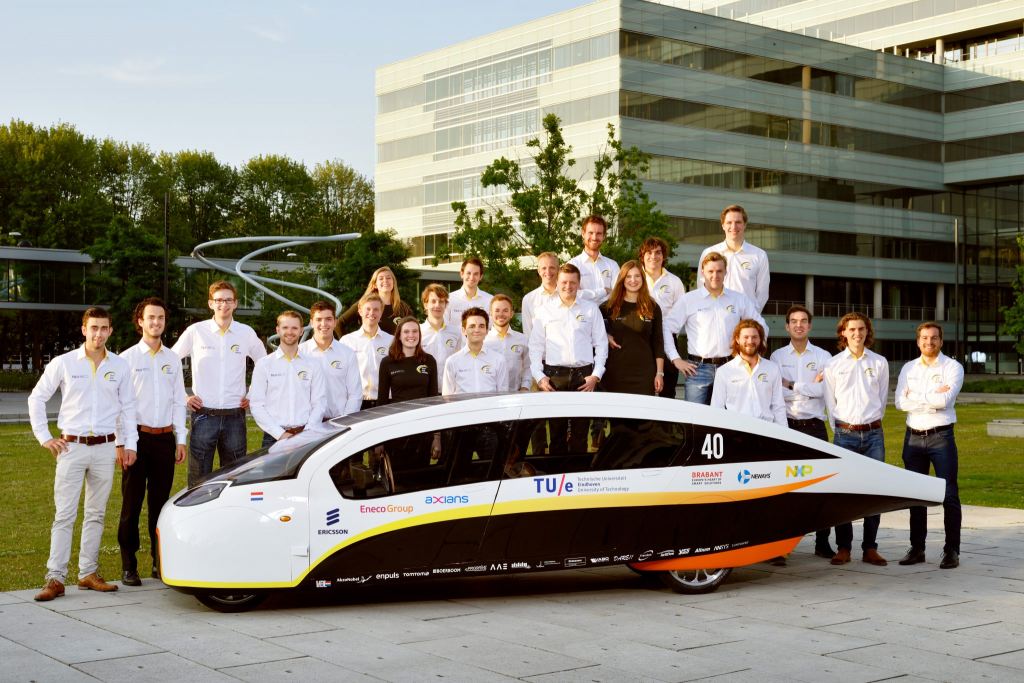 Looking back on the past academic year, two big programs can not stay unmentioned, thinks Al: The Knowledge question bank and Health Tech Yard. “Just like in the economy, we also see undulation in the success of big projects. But for 2016-2017 we may conclude that we have done very well. Take the Health Tech Yard, focused on entrepreneurship in care. Using our knowledge, together with a range of partners, we are working on innovations that ensure that people with a need for care can stay at home for longer. The projects are aimed at the region and have already led to concrete solutions like JimFit, a device that helps with the rehabilitation after knee surgery.”

The Knowledge question bank enables SMEs to use students in short-term research. Al: “It lowers the threshold to our knowledge. Within a few days, you get a free reply with an estimation of the further course, after which you can choose to actually have it executed. We can do this thanks to the cooperation with the Junction for Innovation Electrical Engineering Netherlands (Kien) and High Tech NL, but we are also already looking to broaden the program. Something especially nice about this Question bank is that it contributes to maintaining talents for our region. Thanks to that research for the SME, our students see that there is also a lot for them.”

There is another cooperation for which Robert Al requests attention. It was a thorn in the eye for TU/e, Fontys Universities, Summa College, Brainport Development, BOM and Brightmove a few years ago that the support for young entrepreneurs in the region was so shredded. Their common solution: Next Move, “a way to work on a community that promotes cross-pollination, thus increasing the number of starters and developing companies.”

But no matter how good that cooperation is, Blok and Al both realize that all this wouldn’t be possible without the financial support of various governments. “You could say that we live from tax money”, says Steef Blok. “Nationally as well as European. Conversely, it is well-established that the government sees the importance of valorizing knowledge. A lot of our energy will be in safeguarding the required millions, but that is just necessary. And fortunately, the past year has also made clear how important that is for our society.”

It’s all about valorisation, but it goes beyond the walls of the Innovation Lab, Robert Al emphasizes. “In fact, education remains the purest form of valorisation: knowledge transfer that really helps the society move further. The core of our mission.”

How energy-generating advertising signs are accelerating the global transition