For a couple of months this year, Valentín was my Spanish teacher. The Beginners 1 group, starting from scratch, but luckily Valentín made it fun to learn the language and he had a lot of patience with us. Now he is teaching in other cities and I continued with course number two with a different teacher. In class, Valentín told us a little bit how he ended up in Eindhoven. I asked him to tell me more about it for this series and he was happy to do so. We meet each other at Plaza Futura: “I wanted to meet here, because I have a membership card here, so I’m here very often. I’m a big movie fan and here they play the more interesting ones.”

Valentín’s story in the Netherlands starts two and a half years ago in Ommen. “I was there on an exchange program with an Erasmus grant. I did all kinds of voluntary work, for instance with handicapped people in an atelier and activities with refugees. I studied different languages, Arabic is one of them. So that was very helpful in communicating with the refugees. I also really got to know the Dutch society. During that time I met my girlfriend. She is from the Czech Republic and she was in the same program. We both really liked it here and we decided to stay. I found a teaching job at Fuentes in Zwolle and later she found a job at HERE in Eindhoven, so we moved to this city. I could also teach in Eindhoven.”

“I like the people here. They have a good sense of humour”Valentín Giner, Spanish teacher

One of the advantages of living in Eindhoven for Valentín is the fact Eindhoven Airport has a direct flight to his hometown Alicante. “Of course I miss my family and often I go back. Catch a little sunshine and see everybody and then back to Eindhoven again. That is really convenient. Did you know that Alicante is also called the city of light? The Romans called it Lucentum.” We talk a bit about the history of Eindhoven and why it is always connected to light. Just like many people, Valentín thought it comes from the light bulbs of Philips, but in fact, the name got its origin because of the match factories in the 19th century. Valentín: “I really would like to know more about the history of this city.” 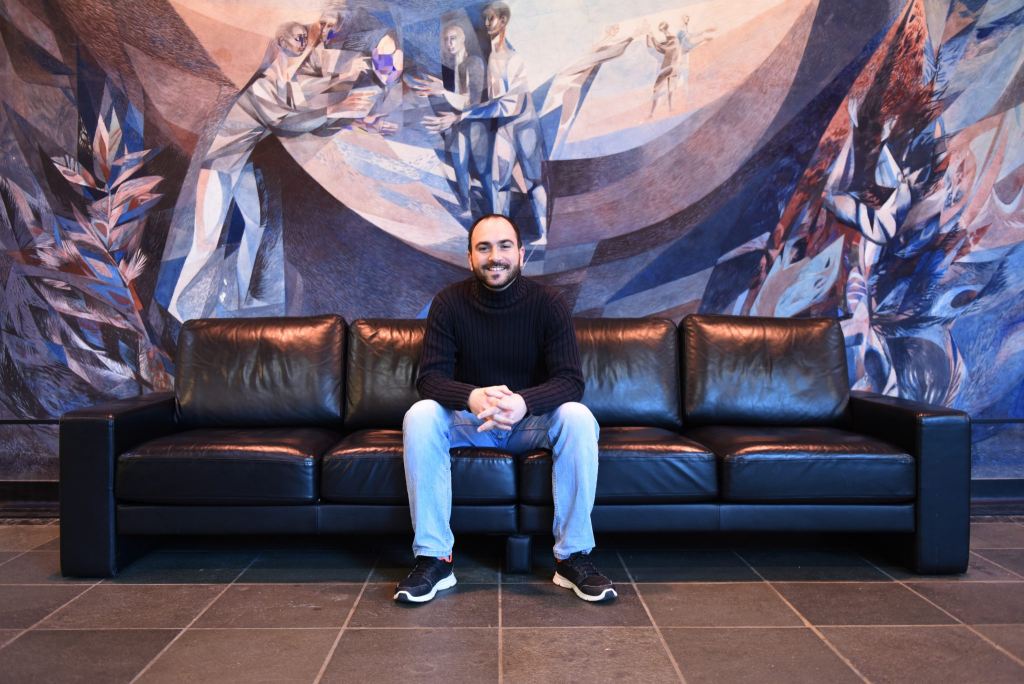 “Eindhoven has a large Spanish community. I sometimes visit the Spanish Centre. It was founded for the Spanish workers of Phillips in the sixties. Every weekend the restaurant is full of people, and the food is really good! It tastes like home to me. What I really would like to do: show Dutch people the Spanish way of life. Spain has so much potential. I would love to host paella workshops and teach Spanish. In the future, I would like to have my own language school in Spain. The students would get a taste of the real Spain.”

Before Valentín came to the Netherlands, he was a Spanish teacher in other countries. “I was in India for a year and after that year I returned to Spain and then decided to go to the Netherlands. After my experiences in India, the Netherlands is the complete opposite. It is super organised here. Also, I like the people. They have a good sense of humour. I still don’t get the health system. You pay three times here for health care: a part of your salary, the insurance and your own risk. And when you get sick in the weekend, it costs extra to go see a doctor. And the doctors often say ‘take a Paracetamol’. But daily life here is good. And on a personal level, it is easier to work here. People are more on the same level, more equal and there is more room for flexibility.”