We meet Tufail at restaurant De Restauratie at the Eindhoven train station. He lives in Helmond and takes the train to Eindhoven daily and on the day of the interview, he has to attend a lecture at the Technical University of Eindhoven. “Next to my job, I’m also studying Artificial Intelligence & Innovation Management at the university because I need more information about it for my current project at MasterShip.” Tufail’s curiosity in all kinds of subjects prevails in the stories he tells about his journey of the last couple of years. “I like to be challenged and always want to try new things.”

Tufail was raised in a small Pakistani village called Dajal: a small union council of one of the most underdeveloped districts in Pakistan. His older brothers studied elsewhere in Pakistan and his parents hoped Tufail would stay home with them. “But that didn’t happen. When I was 17 years old I wanted to move to China to enroll in a program in Aerospace Engineering at Northwestern Polytechnical University. My parents and grandfather were against it. They were afraid I wouldn’t return home any more. Once you know how to fly, you don’t go back in the cage again. In the end, they let me leave to after they understood I really wanted to study there. I had never spent a night without my parents and was kind of lazy because as the youngest I didn’t have to do a lot at home. So that was an excellent base to live on my own in a different country,” Tufail says with a grin.

Within a month Tufail moved to China and started his study. “It was a hard life. I didn’t speak the language, didn’t know the food and sometimes I didn’t have enough money to get by. My other classmates were international students, country-mates and Chinese students. At first, I observed the international students, they seemed to have more experience in adapting in a new place. Those first months I had a hard time connecting to my new surroundings. The turning point was a family homestay in JiuJiang JiangXi. I was welcomed in a Chinese family where I learned more about the culture and learned to speak Chinese. I stayed with them for 40 days. I also got lots of love from the family and they treated me as their own son. Today, I’m still in contact with them.” 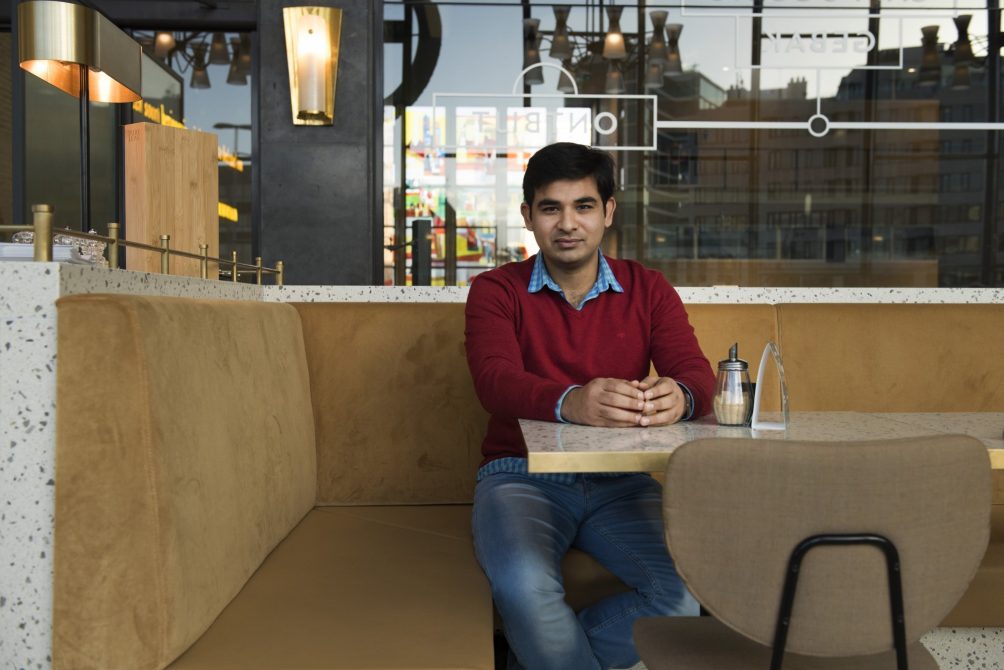 “When I returned to school after the home stay, everything went a lot better. I got along with my Chinese classmates and was in the top of my class. In the second year, I immersed more into the Chinese culture and I thought I would live in China for a long time. In my final year, a friend at the university suggested to me to apply for a European program. Thanks to him I applied for the Erasmus Mundus program: EMSHIP. I completed advanced masters in Naval architecture in Liege at University of Liege in Belgium and masters in Applied Mechanics specialized in Hydrodynamics, Energetics en Propulsion in Nantes at the Ecole Central de Nantes. Then I did an internship at Delta Marine, Istanbul  for one year and completed my thesis at ZUT in Poland. This program also came with a lot of new challenges and a lot of struggles but all I knew was that I am not going to quit and finally it went well. It probably doesn’t surprise you that my parents were very happy with everything I had accomplished. They always believed in me.”

“I graduated this year in February and I tried to find a job. I got a lot of rejections due to having no work experience in the industry. I went back to Pakistan because when you get rejected all the time, it’s better to be with your family. I kept applying for jobs. I found a wonderful job opening at MasterShip, but they were looking for someone with 5 to 10 years of work experience. I wasn’t on that level yet but I got in contact with them. They liked my resume and we had a Skype conversation. Later they told me there wasn’t a position for me yet, but they would like to stay in touch for some future openings. Later I went to Dubai for a job interview, which went well, and when I was waiting on the airport to go home, I got an email from the CEO of MasterShip: he wanted me to lead an artificial intelligence project, a very big challenge for me and the company. Everything about it was new to me and again a new challenge even in the shipbuilding industry. When I came home, my family asked how Dubai was. ‘Good, but I’m going to Europe again’ was my answer. And that’s how I ended up in Eindhoven.”

After the all the arrangements were made, Tufail moved to Eindhoven in October 2018. “I recently moved to Helmond, but eventually I would like to live in Eindhoven again. I’m still settling in at my apartment. I also want to get to know Eindhoven better and also have more of a social life. I have to manage my time well so I can go to events of the Hub for expats or something. I also want to learn Dutch so I can make contact more easily and I also think it shows respect for the country where you live when you speak the language. Eindhoven is the place I once dreamed about but didn’t know yet. I’m really happy here.”

The Space Week shows the social importance of space for…
Everything that can affect a plant
Corona in Europe - Why is the Netherlands in lockdown?
China 2022: Business under Dynamic Covid-zero Policy
'I hear too often that women have to be harder, more…
Where is rail transport organized best?
Manage Cookie Consent
We use cookies to optimize our website and our service. Help us to make our site better by accepting all cookies.
Manage options Manage services Manage vendors Read more about these purposes
View preferences
{title} {title} {title}