Manon van Hoeckel won the NS Design Challenge last year with Luisterruit. This competition was organized by the NS, in cooperation with the Dutch Design Foundation, to promote the experience of the train journey. Together with Tom Loois, Van Hoeckel made the new episodes which will be presented during Dutch Design Week. Luisterruit is an audio tour for the train journey which rested, in the first episode, in everyday design. Van Hoeckel talks about the new episodes and the aim and future of this project.

The same route, a new experience
From an assignment from the NS, I have, in collaboration with designer Tom Loois, made three new episodes. If you’re on the train, you are actually just waiting for the trip to be over, rather than seeing it as an experience in itself. That is not only a shame but also unnecessary. That is why we point out to the listener in our audio tour the peculiarity that we have come to find as normal. We don’t just bring them something and let them see it with another’s eyes, we challenge them to actively participate. From a small eye yoga exercise to innocently flirting with a fellow passenger. Each audio tour leads to another trip, while the destination remains the same.”

“I think that is something we all recognize, travelers who put their bags beside them to make sure no one sits next to them.”Manon van Hoeckel, Creator of Luistrruit

Three new episodes
The first episode is about the different ways to look outside. For this episode, we interviewed a cloud expert who explains how you can predict the weather based on clouds. We also asked composers to create music based on the things that you see when you are on the train. For example, the trees or lamp-posts that you pass by direct the rhythm of the music. The second episode is about the others, your fellow travelers. Here we look at how people choose a place on the train and what kind of territorial behavior they exhibit. I think that is something we all recognize, travelers who put their bags beside them to make sure that nobody sits next to them. We tell you where that comes from and tell you how exactly you can get talking to each other. Finally, we have an episode about traveling in yourself, how you can sit in the train while your thoughts are elsewhere. In that, we have someone telling you about lucid dreams, how you can sleep and dream on the train, and how you can steer those dreams. So we have a whole lot of items that together form an episode and influence your image during a trip. It’s not only educational, but we also try to keep it easily accessible and light and there is also a touch of humor in it. Train travelers are young and old so we want to appeal to a large audience with the Luisterruit episodes.” 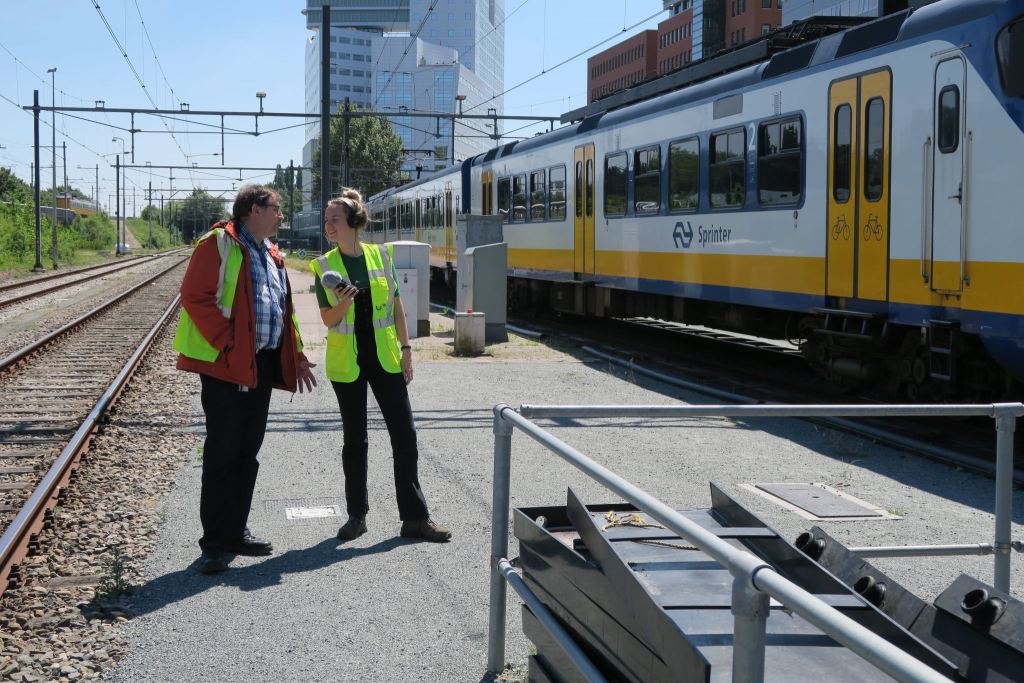 Library of podcasts
Eventually, Luisterruit needs to become a library of podcasts so that when you’re on the train, you can choose one. For this, there will be an app from the NS, which is currently under development. Luisterruit should become a stage for other creators. I am a designer, not a radio or podcast creator. I think it’s great to create this concept and make the first episodes. These episodes will be on Soundcloud and on existing podcast apps. During DDW, there will be special trains in the direction of Eindhoven where headphones will be handed out so travelers can listen to the episodes.”

A practical and traditional watch design, with modern smartwatch features

No e-mobility without Heliox’ charging stations