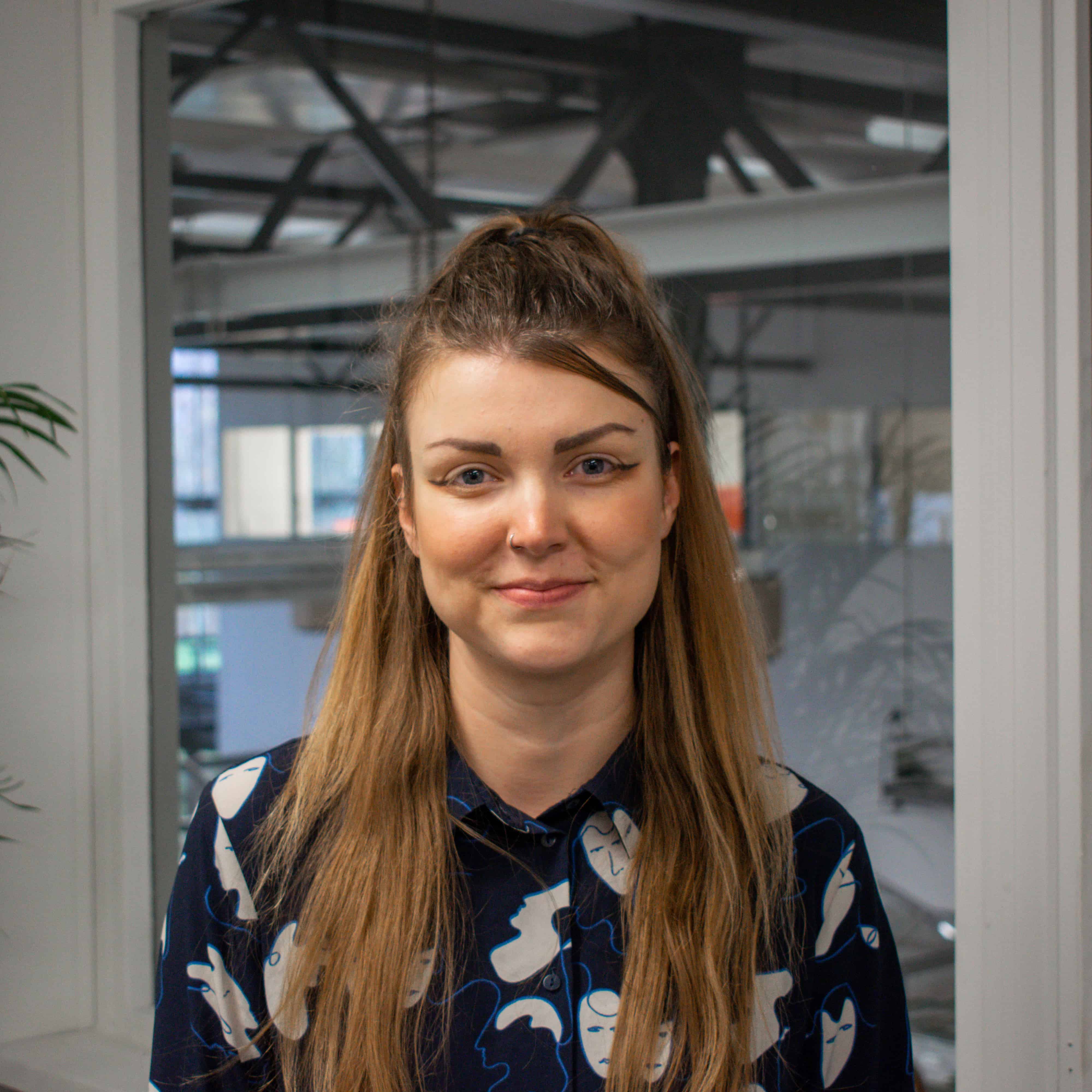 Koen Hindriks is a Full Professor of Artificial Intelligence at the Vrije Universiteit in Amsterdam and head of the social artificial intelligence group. Within this group, he and his team focus on making the interaction between machines and people more social. Hindriks also owns Interactive Robotics, a start-up in Delft that builds social robots for education and healthcare. We talk to him about applications of Artificial Intelligence (AI) and the collaboration between AI and people, such as in schools and care. Will there be a robot in front of your children’s classroom anytime soon?

In order to make machines more social, you first need to know exactly how people approach being social themselves, says Koen Hindriks. “We look at how people communicate with people and then try to teach that to machines. We’re very busy with voice-based systems, so we’re also looking at systems that can already talk, such as the Google Home. We are also working with social robots and chatbots and with all kinds of different systems that enable natural language interaction between humans and machines. But that is not all, we also look at other aspects, because such a social robot also expresses itself in other ways, for example with movements like we make with our eyes or our hands. So a robot like that also has to be able to look at us, that is something a human thinks is super important”, says Hindriks while seducing his Pepper robot to some eye contact. “Watch this, Pepper looks at me when he hears me talk. He also reacts to an expression he recognizes – he sees my face and will try to look at it; these are all things we humans do, so these are important applications in artificial intelligence. We do this to make interaction with a machine more natural for us.”

(text continues under the video interview – which is in Dutch)

The full interview can be seen on this fragment of IO-tv. Subscribe to our channel to see more interviews like this.

Pepper seems to be mainly focused on children. Is there also a market for adults?

“Definitely. This robot Pepper is, actually, really made for adults. It’s not very big, it has the size of a big child, but that’s deliberately done. We don’t want you to feel smaller than the robot because we humans wouldn’t like that – those are the emotions you have to take into account when interacting with machines. The fact that Pepper is small also has a practical reason: there’s a microphone at the top of his head and you have to talk into it, so to speak, and then it helps if you’re a bit taller yourself. Pepper also has a little brother or sister, called Nao. This robot is a male or female – the choice is all yours – of 58 centimeters and is very suitable for interaction with children. We use Nao in schools, for example, to teach children how to program and to understand this.

Can you say a little more about the possible applications of Pepper and Nao?

“Care and education are the most obvious sectors for these robots. For example, at Interactive Robotics we make the Nao suitable for use in the classroom, and in my research, I focus on the things we are not yet very good at, for example building a math robot for children who have difficulty learning arithmetic. But then you quickly run into exciting challenges. How can we really help these children with such a robot? Can the robot give them extra attention and if so, how can you do that? If you make a mistake with arithmetic, the robot can detect it by establishing that the answer is not correct, but what exactly went wrong, that is super difficult, our robots are not very good at that yet. We are now investigating what kind of conversation you need to have with the child in order to make the robot suitable for such an application, for example.”

How do children react to that, do they like it?

“Most of the children I’m researching are in elementary school. They are all super enthusiastic and really enjoy working with such a robot. Especially in the age group from 7 to 12 years, they are all really very enthusiastic. Some children, but there are very few of them, are a bit scared at first; that often has to do with the fact that you want to get to know the robot first. That never lasts long. It is no different than in normal life; you just want to understand what that robot can and cannot do.”

There are an awful lot of different applications; in our case, it’s mainly about the interaction: how do we best create it? That happens by looking at each other, for example. Wherever social interaction is important, you can use it. In schools or hospitals, for example. For example, we use the same small Nao robot for children with cancer in the Princess Maxima Centre, but with a completely different purpose. Those children there are in a very difficult situation, quite stressful as well, and we are looking into whether we can use such a small robot to reduce the level of stress those children experience.”

Don’t there always have to be people around to really combat stress in children?

“Yes, that’s true, of course, this is not a replacement for a human being, but sometimes people themselves can be quite stressed out as well; the parents don’t find it easy for a child to end up in such a situation either. And children feel their parents’ worries very quickly. So if we go back to that math robot for a moment; those children also get stressed very easily, they are very sensitive to their teacher’s or parents’ judgment and also find it annoying that they can’t solve that sum. A robot like that, they immediately feel it, it doesn’t judge, so they like it very much.”

The children in the hospital can also just play a game with the robot, or the robot can tell an interactive story and that is just a relaxed play situation at that moment. We are also looking at whether it can be used more functionally, for example as an aid to go to sleep, because children often find that very difficult in the hospital.”

There are many more applications. “At school, children can also give a presentation together with the robot and if they let the robot tell part of the story, then they can see for themselves how that happens, so that’s another nice extra application of the robots.”

What can we expect from your research in the near future?

“There are still a lot of things we need to investigate. The robots can do a lot, they can already understand you, for example, but that’s not always going well. At the moment, we are also often pre-programming the robots to see what they can and cannot do. We would like to build in more flexibility, so that you as a human don’t have to adapt too much to the robot, but that the robot adapts itself to your wishes or questions in order to make it work. That is the biggest challenge at the moment.

In three years time, I hope that we will be able to make that conversation much more flexible, that you as a human can talk and interact in a more natural way with such a robot, that he understands you better and can make a better estimation with his camera, so that it also goes better emotionally in a conversation. The robot should be able to respond to all our social cues because we also give all kinds of other signals besides our words. That he can understand the hand movements we make, for example. But perhaps the biggest challenge at the moment is to make this technology work for groups as well. In the one-on-one interaction, we can do quite a bit, but if you put two people in front of such a robot, he immediately has a hard time, because what should he focus his attention on? So that is quite a challenge that we are currently working on: how can we make software and develop technology that can do that?”

Are there any applications for areas other than healthcare and education?

“Plenty. Look for example at one of those Google Nests, that’s actually just a speaker with a screen. At the moment we are developing a cooking assistant that can help with instructions for cooking in real-time in the kitchen. So even if you’re not that handy in the kitchen, that assistant can help you through any recipe. Of course, that requires all the social skills I mentioned before, and then it also needs to know something about cooking, so that’s a very nice other application.”

Digital care becomes even more important with advent of new…
Fontys lectorate Move to Be gets young children moving
The innovative power of a 75-year-old techie with assertive…
Politics, employers, and students will soon demand a truly…
Don't be fixated on the costs, but look at the advantages of…
Steinbuch: ‘Brainport can make the very best medical robots…
Manage Cookie Consent
We use cookies to optimize our website and our service. Help us to make our site better by accepting all cookies.
Manage options Manage services Manage vendors Read more about these purposes
View preferences
{title} {title} {title}