More and more people are trying to live healthier and greener. The bicycle is in many respects a more interesting means of transport than a car or public transport. It is not only healthier, but also cheaper, easier to store and better for social contacts than a car is. In the future, the two-wheeler will continue to become increasingly important for these reasons. This is the starting point for the broad-based research program  Smart Cycling Futures. In this project, various universities, colleges, municipalities and companies are working together to devise innovative solutions to cycling problems.

From bicycle sharing systems, to smart bicycle parking facilities and fast cycle routes – anything that makes the use of the two-wheeler more convenient. The bicycle is an accessible means of transport and many Dutch people use it on a daily basis. In spite of this, very little research has been done on bicycles. ” It is so natural to us that we simply have not thought about it”, states Pieter van Wesemael, Professor of Urbanism and Urban Architecture at the Eindhoven University of Technology (TU/e) who is also involved with the Smart Cycling Futures project.

The aim of the research is to explore and implement innovations and bicycle projects in day to day practice. “That’s why we work with living labs in cities where particular bicycle innovations are really being tested,” Van Wesemael explains. The living labs are located in the four cities where the participating educational institutes are located. We are talking about Amsterdam, Utrecht, Eindhoven and Zwolle. Various parts of the research come together in these cities. “We look at economic, policy, spatial and user-related aspects. This makes the research academically and socially relevant,” he says.

Learn from each other

All these elements are brought together in the test environments. “This is interesting as science is then able to be of immediate value to the practical side of daily life in society,” says Hugo van de Steenhoven, coordinator of the living labs. “And because you can learn from scientific expertise in practical terms,” he adds. Van Wesemael also agrees: “We are not only dealing with educational institutes in these cities, but also with municipalities, the Fietsersbond (the Dutch cyclist’s union) and companies.”

The approach of the living labs varies greatly per city. “People don’t run into the same problems in every city,” explains Van Wesemael. Nevertheless, most innovations could also be applied in other cities. A familiar problem is the enormous number of bicycles that no longer fit inside storage facilities. In Utrecht and Amsterdam, a separate solution is being sought for that. A bicycle sharing system is one example of this. Over the past few years, several shared bicycle systems have appeared on the market. “Still, nothing has really worked yet,” says Van de Steenhoven. “We would like to learn from these mistakes.”

In collaboration with a Danish start-up, a number of shared bicycles will be placed at stations around Utrecht Science Park, the university complex in Utrecht. “Users can use their mobile phones to unlock a bicycle,” he explains. “The company monitors who uses a bicycle and where someone goes. Fewer bikes go astray as a consequence. Aside from that, it provides interesting data on how people use a shared bike and how companies as well as the government can make the best use of this.” 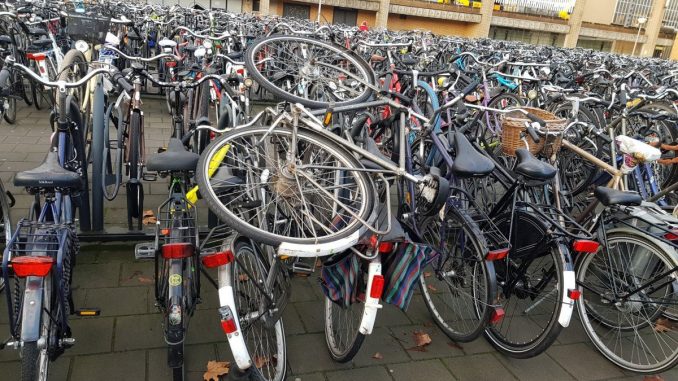 In Amsterdam, researchers are trying something different. “We cannot continue to build new, large bicycle parking facilities, so we have to find a solution to make better use of the existing ones,” says Van de Steenhoven. In this part, they will also examine ways of sharing regular bicycles so that bicycles won’t spend so much time standing idle in a parking space. “It is interesting to explore this, because bicycles are, of course, adjusted to the user and people often need their bicycles several times a day.” According to Van de Steenhoven, it remains to be seen what the outcome will be. In any case, it is clear that a solution must be found for the bulging bicycle parking spots.

According to the researchers, bicycle racks are not the only problem. Bicycle paths, especially between municipalities, could also be improved. Despite the fact that the Netherlands is at the forefront in terms of the number of good and safe cycle paths, the construction of so-called fast cycling routes is a key issue in two cities. A fast cycling route between Tilburg and Waalwijk is currently being examined by the Technical University in Eindhoven. Zwolle is also responsible for part of this research. That concerns a route to Dalfsen. “In Eindhoven we mainly look at the experiences of cyclists in relation to signposting,” explains Van de Steenhoven. “Whereas it is more about a bicycle users’ expectations in Zwolle. This acts as an incentive when it comes to promoting the use of the fast cycling route.”

According to the researcher, signposting is an important element of the fast cycling route. “On the highways, routes are clearly indicated by signs along the roads. People feel comfortable with them despite the variety of navigational systems.”  The logical goal of this living lab is to develop a good signposting system for fast cycling routes. This applies both to roadside signs and to apps with which users are able to set routes. 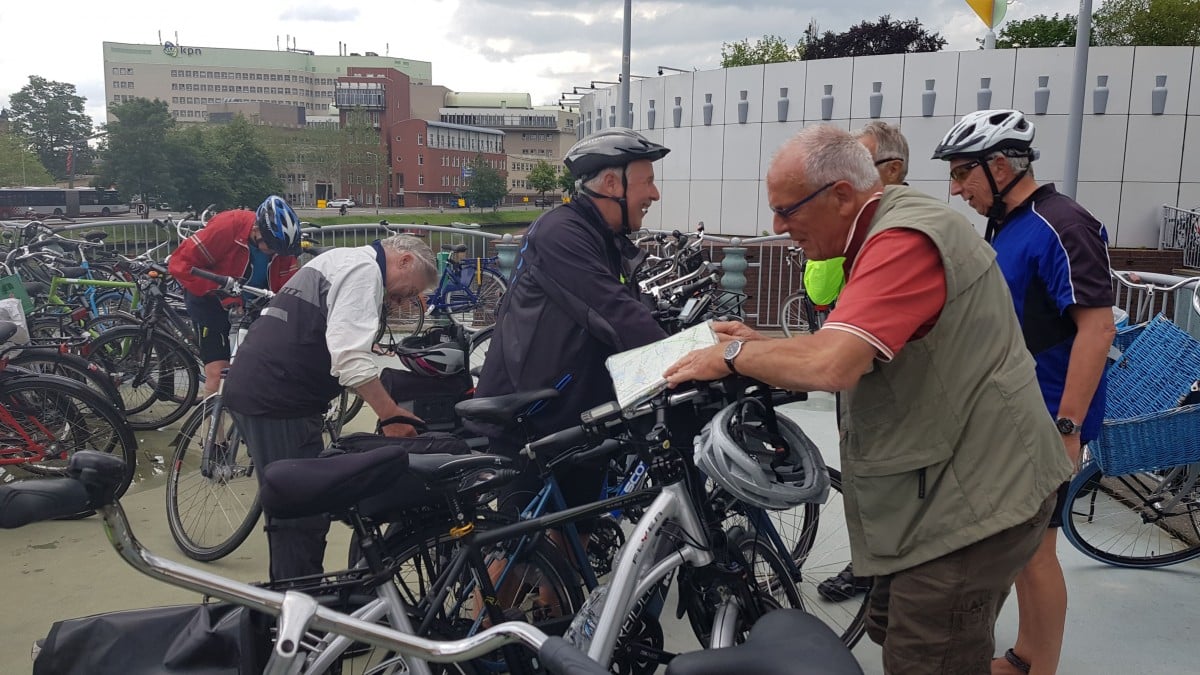 Researchers at the TU/e are also looking at the connection of these regional fast cycling routes with bicycle paths within the municipality. “When people enter the city from one of these fast cycling routes, all they want to be able to do, is to keep on cycling at a comfortable pace,” says Van de Steenhoven. “In the city, bike paths are busier and usually narrower, so a good solution has got to be found for that.” According to Van Wesemael, this not only concerns research into the spatial layout of a city, but also the specific policy regarding the construction of bicycle paths.

The social side of cycling

A second living lab in Zwolle focuses more on the social side of cycling and on the health of residents. “A workshop has been set up in a deprived area, where people can have their bicycles repaired or even buy a cheap bicycle for not very much money,” explains Van de Steenhoven. The goal is to help residents get more exercise. “We’ll monitor whether people really benefit from this approach.” This is done through interviews with participants, amongst other things. “Similar projects in the Netherlands will then benefit from this information.”

The researchers aim to translate the results regarding the experience of cyclists into guidelines for policymakers at various levels. In their opinion, this is interesting because it concerns social and technical innovations. “The living labs also play an important role here because we do practical research. Various organizations such as the Cyclists Union are participating in this. The needs of users are also taken into account,” explains Van Wesemael. In his opinion this can be very valuable for policymakers. ” The results of the living labs can also subsequently be applied in other cities in the Netherlands and eventually throughout Europe.”

Smart Cycling Futures is part of the ‘Smart Urban Regions of the Future’ (SURF) research program and concentrates on the field of smart urban regions. This is an educational program from the departments of the Ministry of Economic Affairs and Climate Policy, the Ministry of the Interior and Kingdom Relations (BZK), NWO,  Platform31, and the the Taskforce for Applied Research (NRPO-SIA). Researchers and practitioners work together in the areas of spatial planning, housing, accessibility, economy and governance in urban regions. Van de Steenhoven: “The aim of this program is to link science and practice. At the same time, it also influences the research design and research objectives. These are important aspects of Smart Cycling Futures.”

Politics, employers, and students will soon demand a truly…
The Brainport way of Systems Engineering
In Amsterdam New-West energy cooperatives are responsible…
Knowledge Sharing Centre ensures the transfer of essential…
Turn your city bike into an electric bike with swugo's…
Universities should keep an eye on innovative and cheaper…
Manage Cookie Consent
We use cookies to optimize our website and our service. Help us to make our site better by accepting all cookies.
Manage options Manage services Manage vendors Read more about these purposes
View preferences
{title} {title} {title}