Art on cars, for many people it is the sign that Dutch Design Week has started again. It stands out and raises questions. For example: Who is actually thinking up such a thing? To find out, we need to go back to 2006, when Loek Daemen worked for the Temporary Art Centre (TAC) and the theme of TAC during DDW was mobility.

Daemen: “In a brainstorming session on mobility, the idea soon came up: TAC and mobility, which will be a TACsi, taxis with design objects on the roof. We started out with twenty cars, but we suffered a lot of damage in the first year. We’d never done it before and then you suddenly find out how sturdy an object must be to drive around with it.” In the first year, this went wrong regularly: “Two people had made a beautiful scaffolding of a horse made out of chicken wire netting. That looked great, but when it was being used, it immediately crashed. Another had a sculpture made of plastic champagne glasses and came back after a quarter of an hour driving around and lost half of his glasses.” Because of this, a maximum of thirteen cars eventually drove around. 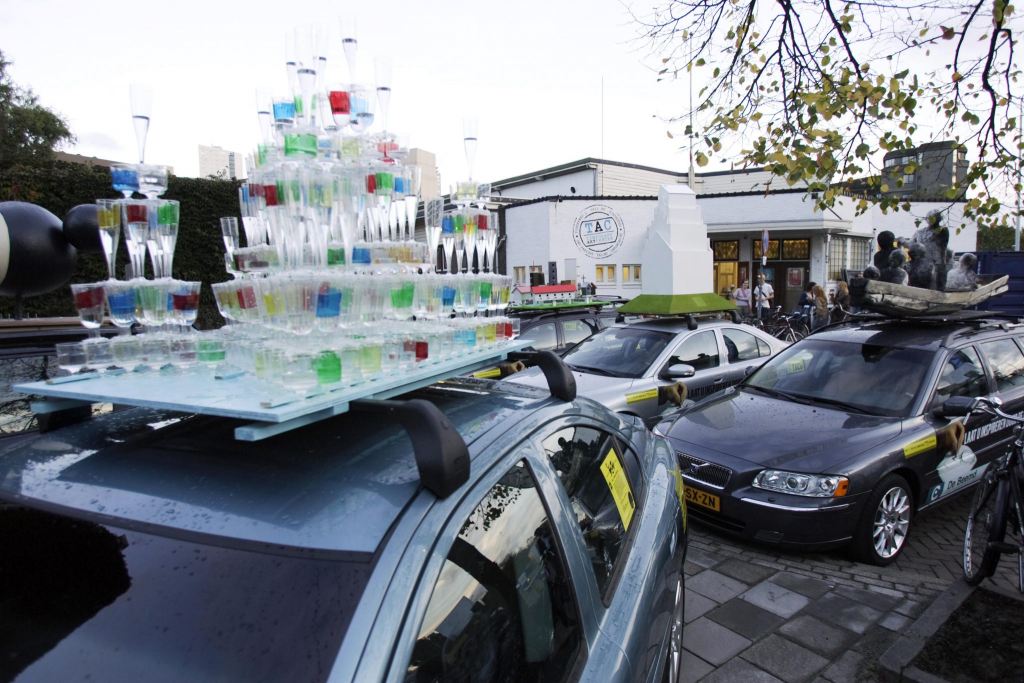 Nevertheless, the TACsis were a success, Dutch Design Week took over the project the following year. Since then, the vehicle fleet has grown thanks to a sponsored deal with Volvo and the TACsis have been renamed Volvo Design Rides. This week, 35 cars are transporting visitors of DDW to various locations. New this year is a Zonnebloem car, special transport for people who are in an electric wheelchair or a scooter. This year the number of kilometers driven is also tracked for the first time.

“There are people who take a whole week off for a taxi ride during DDW”Niek van den Broek, Dutch Design Week

The drivers of the taxis are all volunteers and there is certainly no shortage of them. Niek van den Broek of Dutch Design Week says: “There are people who take a whole week off during DDW to be able to drive around in a taxi. 80% of the volunteers come every year. It is a very diverse group, from the twenties to the seventies.

(Text continues underneath the photo) 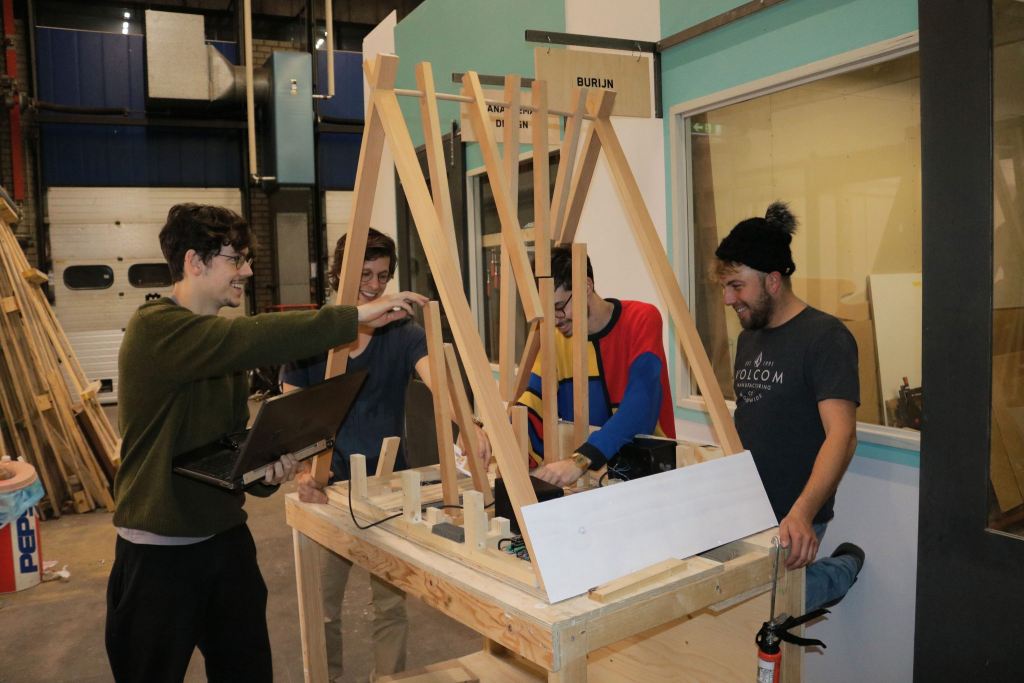 The design on the cars is developed by participants of Dutch Design Week. Designer Arvid Jense created one of the objects. Together with four other young designers, he forms Sound Scouts, with the goal of “having as many people as possible make music”. But Sound Scouts doesn’t just stick to people, for this edition of DDW, they made a musical instrument that is played by a car.

Wooden slats oscillate when the car is accelerating or slowing down. By using magnets, signals are transmitted through the bars. On the basis of these signals, music is then released from the object. “We want to show that everyone can make music, including a car.” 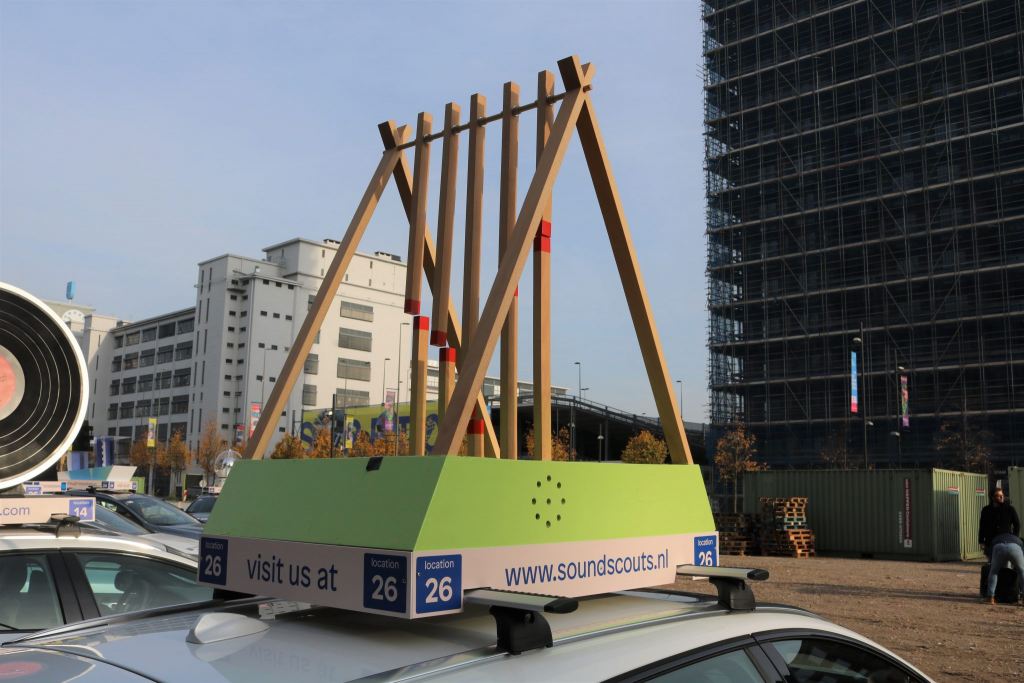