As you might know, we celebrated one year of stories of internationals a month ago. We published an article about it, including a call to action for internationals to respond if they wanted to be in the series. One of the people that responded was Sultan. In a very enthusiastic email, She told us a bit about her life and her wish to tell her story in our series. Recently, between her work, her classes and graduation project at TU/e, she had time to talk to us. Sultan picked out the spot: Natlab. And so, on a crisp and icy, but sunny morning we got to learn more about Sultan.

Why did you want to meet us here? “I really love this place and I love cinema. They screen nice, independent movies here and the reuse of the building is right up my alley in work. I try to see two movies every week. I have started watching Dutch ones as well to improve my Dutch. I really like the series of movies with discussions: Movies that Matter by Amnesty International. Although I can’t join the discussion, I find it very important to listen how Dutch people react on the issues. This gives me an idea about Dutch culture. When I’m more confident on my Dutch, I want to contribute to the discussions too. Also, it is surprising to me to see mostly older people at Natlab, where are the young people?”

“Here I feel creative, I can be myself.”Sultan Cetin-Ozturk, Master Student and Concept Developer

The route to the Netherlands was for Sultan one with Russia and Azerbaijan as stopovers for a couple of years. “I studied Architecture and Civil Engineering in Turkey. After my studies, I was involved in a number of international large-scale projects in Sochi (Russia) and Baku (Azerbaijan). After having spent five years in the construction industry, I decided to make a shift in my work field. I felt like I wasn’t contributing something good to the world at that time. My partner was already here, studying in Tilburg. I compared the different technical universities in the Netherlands and in the UK and liked the fact I could mix courses from different programs at the TU/e. It was a big step to start a new study again after working for five years. My work experience helps in group work, but hitting the books again and the tempo was quite a challenge. But, now I’m used to it again.”

Sultan took her time to get settled in the Netherlands. She arrived here six months before her study started. “I really wanted to get to know the country and get adapted. The Netherlands is a ‘developed’ country and where I used to work were ‘developing’ countries. That’s quite a big difference. Here are no real struggles in daily life when it comes to infrastructure, work, social life and safety. I got to know the Netherlands a bit better by volunteering with Lunet Zorg and Wehelpen.nl. I cooked for people and helped them shopping. I also started to learn Dutch prior to the start of study. I understand Dutch, but I don’t speak it a lot. I work at a development agency in Rotterdam called BLOC. You might know BLOC from the Dutch Mountains project in Eindhoven. My colleagues at BLOC speak mainly English with me and encourage me to speak Dutch. Nowadays, I speak a mixture of Dutch and English with  them and email in Dutch only. I like the way how Dutch people work. At the company, my ideas are valued and I feel fulfilled with what I do: working on next-generation radical projects.” 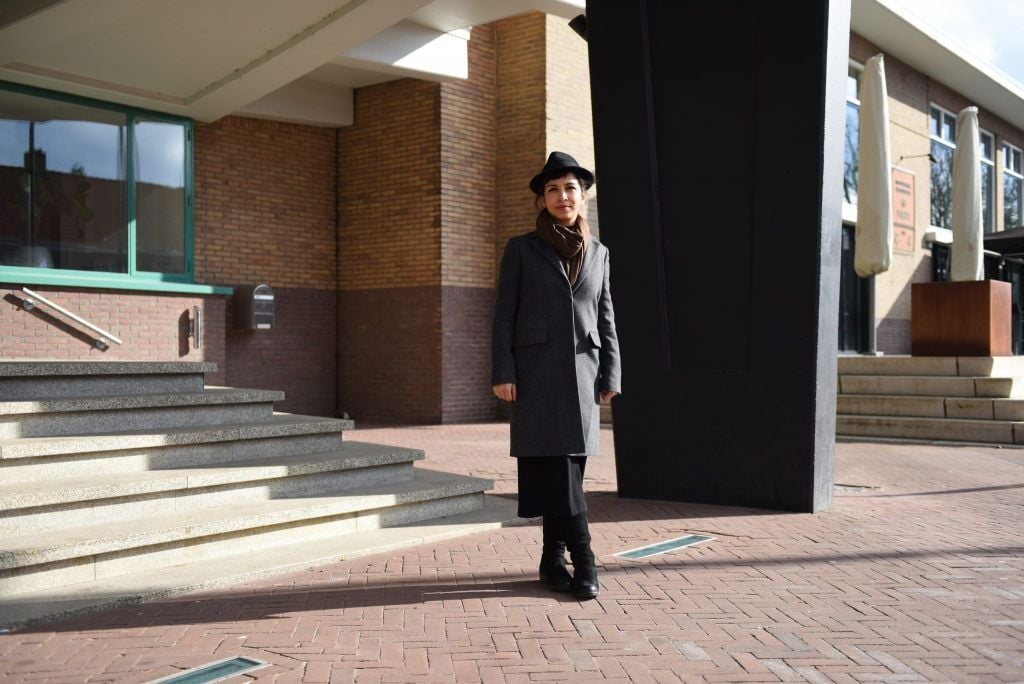 As most internationals do, Sultan also loves the fact she can cycle around the city: “It is such a green way of living. I feel more healthy here. I´m all day at my computer, but I can cycle also every day. Also, the way of life suits me very well, I feel at home here. Dutch things like being punctual, being clear and direct about stuff, working effectively, came not as a big shock to me. Living in Azerbaijan and Russia was temporary, it was for work. I didn´t connect with them. I saved money to be able to choose a country where I could study green architectural concepts and live freely. The Netherlands apparently was a good choice! Here I feel creative, I can be myself.”