Two years ago, the STORM students drove around the world in 80 days, putting electric motorcycling on the map. Now they are bringing their technology to the market. First of all in Kenya. Bas Verkaik of STORM tells us how.

Bas Verkaik opens the doors of the Momentum building on the TU/e campus. In this building, student teams such as Solar and TU/ecomotive are housed. And the members of STORM. Even though that might come to an end, because the students decided to stop being a student team.

Verkaik, who is currently graduating as a Sustainable Energy technologist, looks back on the past period. How a group of students decided to build an electric motorcycle to stimulate the use of clean vehicles. The absolute highlight of their project is the trip around the world on their own motorbike. It brought them to countries like Turkmenistan and China and proved that their design of a set of modular batteries actually worked.

With charged batteries, the students were able to cover about 400 kilometres on their electric motorcycle. Changing a battery took about 7 minutes. The student team is covered widely by national and international media during their trip. When they entered the city of New York, their image was displayed on Times Square’s billboards.

Read all about the STORM world trip

But how can you surpass such a success? “We can now try to drive around the world in 70 days”, says Verkaik with a wink. But how does that bring them closer to their goal of putting electric driving further on the map? Not that much, they come to realize.

And so STORM comes to an end. But the mission continues. Under a new label, Spike, the almost graduates continue as a company. They use their knowledge of building electric vehicles to help companies make the switch to electric driving.

To start with on the Kenyan market. Verkaik tells us that they have entered into a partnership with the Amsterdam based company Koneksie, which has developed the Kibo motorcycle label.

“In Kenya, a lot of people have a motorbike, often of miserable quality and highly polluting. Kibo has been specially developed for the Kenyan market as an affordable, clean and safe alternative to the current motorbikes.” The company approached the students to integrate their knowledge of electric driving into the Kibo motor cycle.

Verkaik, who has just returned from a business trip to Nairobi, is enthusiastic. He tells us about a meeting with a taxi driver (many taxis are motorcycles in Kenya) who could buy a Kibo with a micro loan. Because of the unreliable vehicles, the image of the motorcycle taxis is bad. This man was happy with his investment. The Kibo led to more customers and fewer accidents.

During his visit, which coincided with a UN conference on clean mobility, Verkaik also spoke to policymakers from other African countries. They too expressed an interest in the concept of electric motorcycles. Verkaik also sees opportunities for other continents, including Europe.

The idea behind the company Spike is to develop an electric drivetrain. “Many vehicle manufacturers want to make the shift from an internal combustion engine to an electric one, but don’t know how. We want to build a standard drivetrain that can easily be used in small vehicles such as motorcycles, tuk tuks and even small cars. We just want to make everything electric”, says Verkaik.

To start with in Kenya. The first electric Kibo should be ready in October. 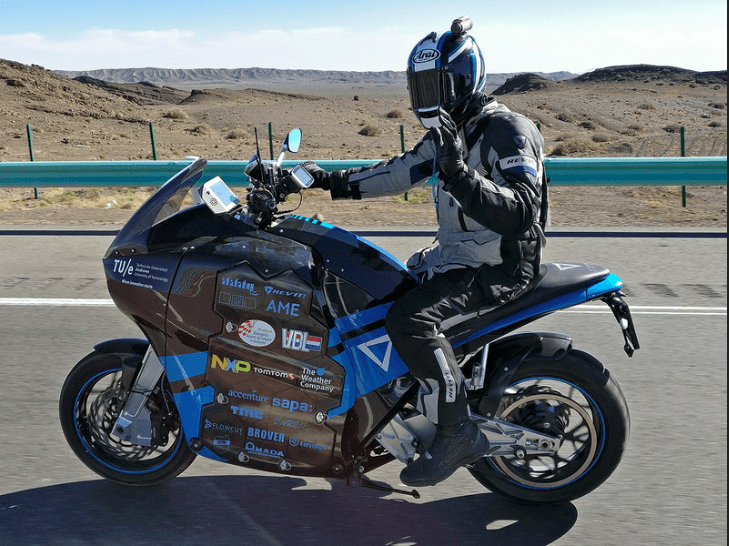 Tidewave’s mattress moves the patient by itself