It hasn’t been without any trouble or hiccups, but this morning Stella Vie from Solar Team Eindhoven brilliantly finished in Adelaide. With such a strong competitive advantage over the competition that the victory cannot escape them anymore.

They experienced a delayed battery and a broken center console. But in the end, nothing or nobody stopped Solar Team Eindhoven from finishing today with five people in Adelaide. With the finish, the team seems to be sure of the first place in the Cruiser Class: the category for practical solar cars. The last part of the competition will follow on Saturday: the final judging. Thanks to the enormous lead in points, this does not seem to be an obstacle anymore. On Sunday, the organization will announce the winners of the World Cup for practical solar cars.

The team arrived in Adelaide on Friday morning at around 04:00AM after a total ride of 3,021 kilometres. Stella drove the last 250 kilometres with 5 people and an average speed of 70 kilometres per hour. The aim of the Cruiser Class is to transport as many people as possible, as energy-efficient as possible, during the 3,000 kilometers from Darwin to Adelaide. Finishing and judging are requirements to compete for the title.

Solar Team Eindhoven emphasizes its vision with the Solar Challenge: the car of the future is a solar powered car. “Despite the small technical setback, it’s fantastic that the team has managed to finish with so many points,” says team manager Wout Gubbels. And although we are now as good as sure of winning, we also want to show the jury that we are presenting the best solar car. This fits in perfectly with the vision of the team: the car of the future is solar powered.

The Eindhoven team drove the first 1,500 and the last 300 km with five persons on board. To move one person 100 kilometres, the solar car consumes 0.4 kilowatt hours (kWh). By comparison, a modern electric car needs 8.5 times as much energy for the same movement. The presentation of the prizes will take place on Sunday October 14th around midnight and can be followed by social media and live stream. 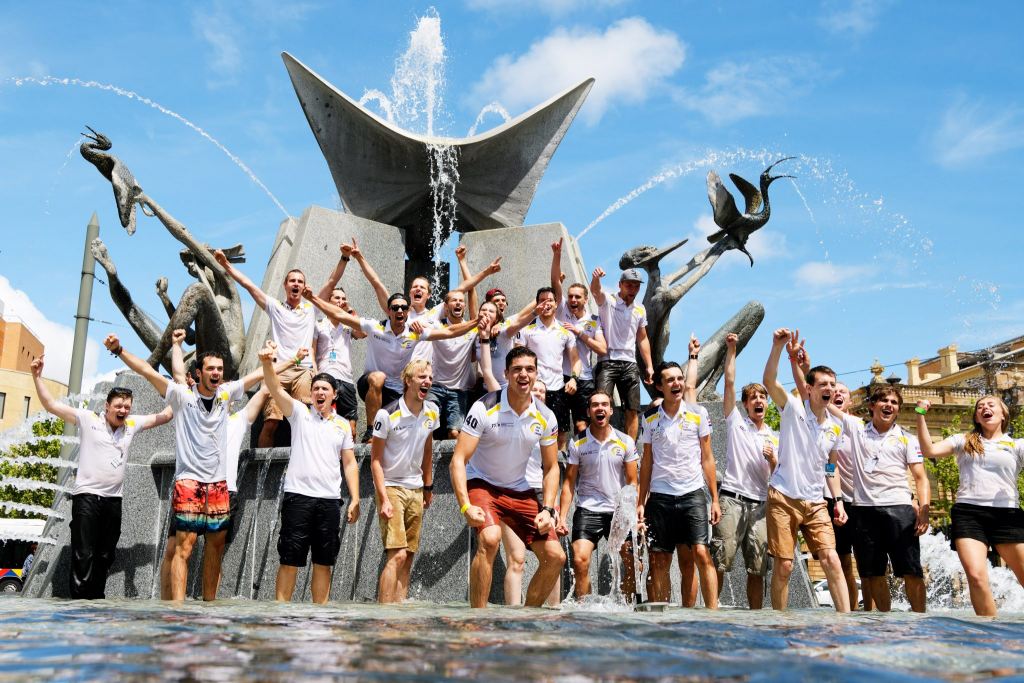