This is a series on Startupbootcamp HighTechXL. Each year ten young, innovative start-ups begin the accelerator programme in Eindhoven. Over three months, business plans are thrown out, teams get to know one another again, investors get ready to reach for their wallets and brilliant ideas come to light. Take a sneak peek behind the scenes of the breeding ground of the next big things. Part 1: Mentor Selma Oskam 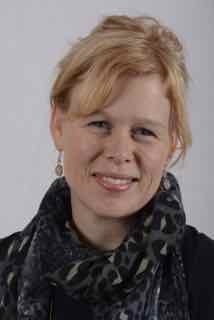 She usually gets to know the start-ups long before the beginning of Startupbootcamp. On selection day, she’s the one who looks at the people behind the resounding business plans. How are they going to deal with a huge workload and how are the team members going to work together in difficult situations?

Today we’re talking to Selma Oskam, mentor of teamdynamics in Startupbootcamp HighTechXL, about high energy levels and bright eyes. “The idea that technicians aren’t part of the team process is so outdated!”

Granted, most start-ups focus on getting their idea into the market, finding the funds and a good network in the beginning. This is generally the reason why they apply to Startupbootcamp, where these resources are made available to the best ideas.

“But the team itself is ultimately the deciding factor for success.” Oskam is reminded of the words of Guus Frericks, the co-founder of Startupbootcamp HighTechXL. He was trying to find the best way to support the team process during the programme and approached Oskam in 2012.

What determines a start-up’s success?

Oskam and her colleagues meet the start-ups in the last round of the selection process. Out of 1500 potential start-ups, only twenty remain at this point. It’s with these twenty that she’s going to talk. “We do that using Facet5, an online tool which creates personal profiles.” Each member of the twenty teams fills in the test separately and the individual profiles are combined to create a team profile. The results clearly show people’s work preferences and the expected team dynamic.

What personality traits do you need to have as a member of a start-up? “Drive, a high energy level, the ability to cope with stress and make quick decisions, and it’s also important to have an eye for opportunities and risks. But there are two factors which are even more important to us: what is the make-up of the team and how open are people to coaching from mentors.”

The division of roles

“What constitutes a team? Diversity in the group works better. If everyone is very driven and there is a difference in opinion, you can quickly end up with clashes. Sometimes you also need someone who can mediate.

The second point concerns adaptability and the receptivity to advice from others. Over the course of the three months you’re challenged to consider different business models to the one with which you entered Startupbootcamp. This isn’t always easy. The original idea is often like the team’s baby. You want to nurture it. But if something doesn’t work out, it’s better if you can adapt as quickly as possible. And that’s also true of the division of roles within a team. The original CEO of the company is sometimes better suited to another function. It requires adaptability to then want to take on another role.”

The results from the Facet5 tests also come in handy during Startupbootcamp. “The team members share their personality profiles with one another. They offer a lot of information about their motivations.” Do you just jump right in or are you more hesitant? If there are any tensions within a team, you’ll find them out. “Oh yes, you need more time to work on this.” It helps if you know one other and can recognise each other’s “red flags”.

And sometimes things simply come to a head. In the beginning there are some teams that fail.  Startupbootcamp HighTechXL is now trying out an extensive network of HR mentors to prevent this from happening. During the programme, each team has their own mentor to keep an eye on the process. Someone to intervene in the talks where there are tensions. But most of the time everything goes well and some great things come to pass. “Every time I walk round here I feel so much energy. There’s a lot of hard work going on and a huge amount of enthusiasm.”

“We always work with experienced local mentors whom we thoroughly train to facilitate the team process,” explains Oskam. Each of the professionals makes time outside of their work to guide the young companies.

This is the power of Startupbootcamp HighTechXL. Many parties invest their time, money and expertise into the programme. It would be impossible for a start-up to organise or pay for all of it themselves. Even InContext Consultancy Group, the company to which Oskam is linked, is a partner and investor in the Startupbootcamp programme, providing the Facet5 tool among other resources. But then again, the programme is producing a vast network of start-ups which may well be future clients.

Academic heart, commercial head
Dortmund: where innovation drives community spirit
Student team invents smart bra that can replace painful…
What is the ‘box’ when it comes to thinking 'outside the…
Working digitally is disastrous for innovation
You shouldn't just ask for a grower, but just give Bart a…