”Your sneak preview of the future” is the slogan of Innovation Origins, and that’s just what we will highlight with our Start-up of the Week column. Over the past few days, four start-ups of the day have been featured and on Saturday we choose the week’s winner. 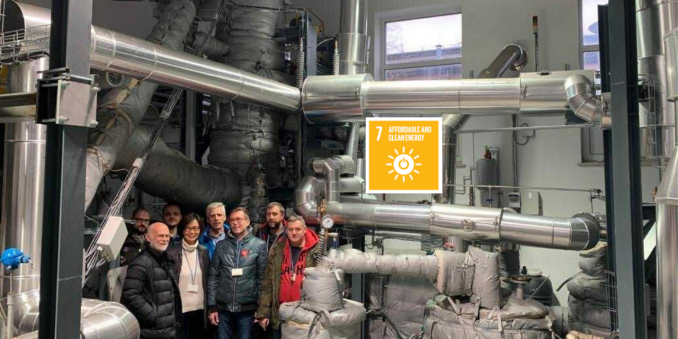 Hańderek Technologies – Fuel made from trash

Fuels are both a curse and a blessing. When man discovered in the 19th century that we could do all kinds of mechanical tasks by burning certain substances, this led to an industrial revolution. Yet there is more to these substances than just their advantages. As we now know, they’re not what you’d call sustainable.

Yet the Polish start-up Hańderek Technologies thought that they could kill two birds with one stone. They are producing a fuel from a raw material of which there is more than enough on earth – plastic waste! As a result, even the most persistent forms of waste (which still take centuries to decompose in landfills and in the sea) suddenly become a useful resource to help make the world a little more sustainable. The experimental stage has been completed and the green light has now been given for industrial mass production. 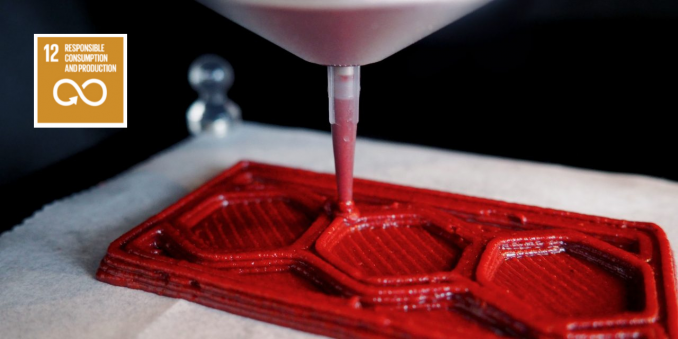 Printec Bites – Insect snacks in the form of a nutritious bar

Eating insects would solve a lot of the world’s problems. A lot of those creepy bugs contain all the nutrients that other animal products contain, yet with only a fraction of their ecological footprint. Except that insects are insects and they don’t look very delectable. In western countries in particular, this bad rep has so far proved to be too much of a barrier for a viable meat substitute.

But what if the insects don’t look like insects and that barrier is done away with? Printec Bites has made a start with this basic idea. Using a 3D printer they transformed mealworms into bars and cookies. The slimy, wiggly ingredients are no longer recognizable in the final product either in terms of texture or appearance. Sustainable? Undoubtedly. Delicious? No idea, Innovation Origins hasn’t had the opportunity to do a taste test yet … 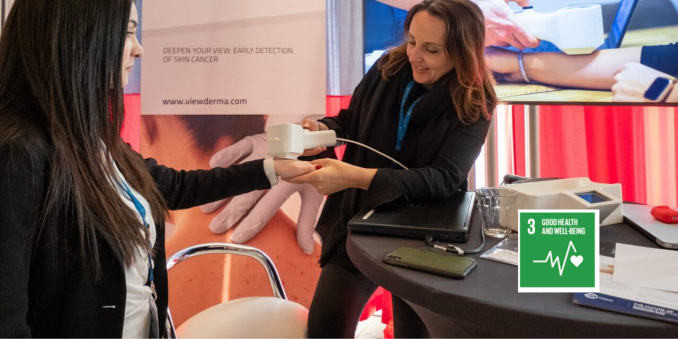 When it comes to cancer, a proactive approach is far more effective than a reactive one. Medical intervention is most beneficial if you find it early. Due to early intervention, skin cancer is rarely fatal anymore. Unfortunately it is still devastating and it can still kill. The trouble is that this type of malignant tumor can stay under the radar for years until it manifests itself and then it is too late.

View Derma invented a camera equipped with a self-learning algorithm that ‘scans’ the skin. The device looks a bit like a barcode scanner. But instead of price and product information, it scans the skin for subtle blemishes that may indicate skin cancer. Is it an innocent birthmark or is there more under the skin? This technique can determine that within no time at all. View Derma goes one layer deeper than dermatoscopes do, which dermatologists currently just use to examine the epidermis. Not very handy for a disease that is known to operate under the radar for years on end … 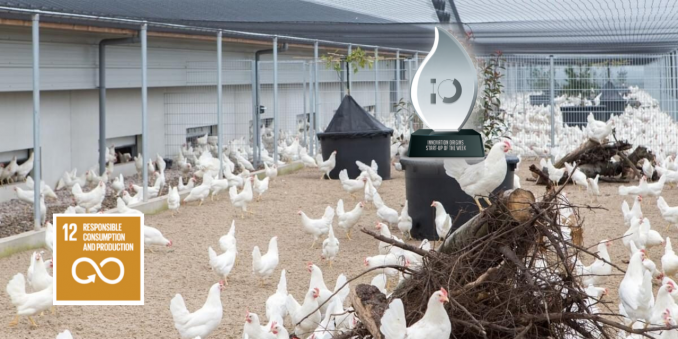 Kipster – What came first – the greenest chicken or the most sustainable egg?

The life for chickens in the Dutch Kipster farms would be quite a utopia for any battery chicken. Not only will they be able to roam around in their spacious chicken runs, their eggs are also the world champions when it comes to sustainability. How did they win this title? With a little help from clever minds at the University of Wageningen; also known as the Silicon Valley of the food industry.

The penny dropped for the poultry farmer when he was giving a group of African farmers a guided tour of his farm. Although they living conditions for the chooks was fine, the animals’ feed turned out to be of such high quality that his African guests said: “Ruud, if we had such good grain and corn, we’d eat that ourselves!”

This got the Kipster farmer thinking. How can you save on grain and keep your chickens in the best of health with sustainable alternatives? The answer? The rejects from large bakeries that would otherwise end up in the bin; that way one person’s bread becomes another person’s bread too! The ultimate goal is a completely circular poultry sector where animal welfare is as high a priority as possible while keeping the ecological footprint to an absolute minimum. A fantastic ambition so soon after Easter, something that our editorial team was especially pleased with. Enough for this week’s IO egg of Columbus? We think so and not just because of that pun – it’s everything it’s cracked up to be!

Vegan egg is strikingly similar to chicken egg
Students compete to really make a difference with their…
The Space Week shows the social importance of space for…
'We're only going to succeed with the knowledge of tomorrow'
Big ambitions for imec.istart.nl, after a year of the…
You shouldn't just ask for a grower, but just give Bart a…
Manage Cookie Consent
We use cookies to optimize our website and our service. Help us to make our site better by accepting all cookies.
Manage options Manage services Manage vendors Read more about these purposes
View preferences
{title} {title} {title}