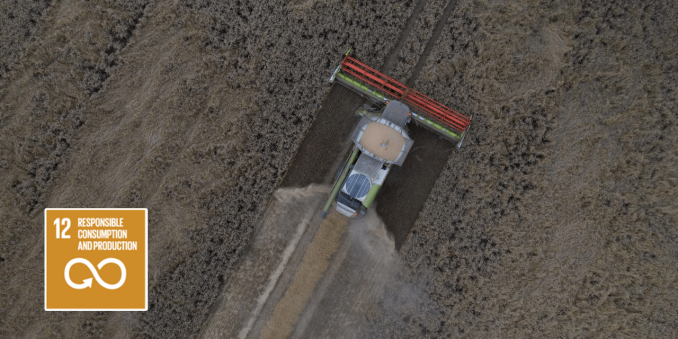 As new technologies emerge, it is becoming easier for agricultural businesses to keep an eye on their land. In the past, everything had to be checked by hand and consequently a lot was overlooked. A combination of GPS equipment and sensors under the ground, on the land surface and in the air allows us to keep a very close eye on the growing crops without the need for human eyes.

SatAgro is actually exactly what you would expect from it – a satellite that looks after crops. The farmer saves a lot of time by outsourcing monitoring and always knows exactly how much fertilizer, pesticides or phytohormones are needed at any given time. This system might also be a solution for people without green fingers and a lousy garden … 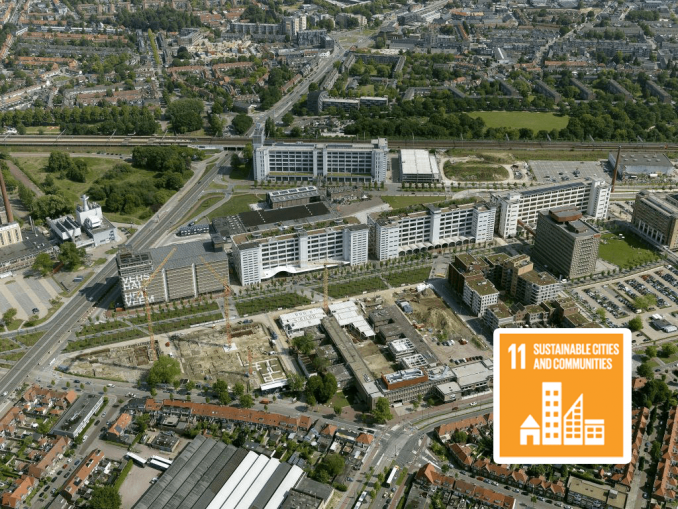 Eindhoven is generally not really known as a picturesque place with beautiful historic buildings. Most will associate the city of Brabant with desolate, redeveloped buildings and Philips. In the 1970s, no fewer than 40,000 people worked for the electronics company. However, this was almost half a century ago, and Philips gradually began to disappear from Eindhoven over time. What was left were abandoned factory sites with little left to do besides demolishing them.

Sandra Poelman has shown that things could be done differently. She was one of the architects behind the renovated Strijp-S, which over the past decade and a half has developed from a sad abandoned mess into one of the most innovative hotspots in the Netherlands. And now her expertise and experience is available to everyone through her start-up Glowingplaces. Which helps transformations from hopeless to hotspot. Poelman’s experience says more than enough. Let’s just say that a certain, sensational, unspecified site that publishes about start-ups is located at Strijp-S … we are not naming names here.

Zwolle, Oss and Bergen op Zoom have already started working with her and at the moment she has had so many requests that there’s a queue. 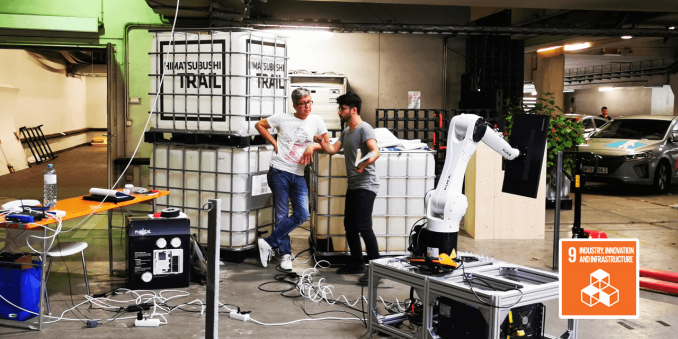 Following transport, logistics and administration, security should become the next sector where machines will take over from the people. Technological tools in the security sector are nothing new, but if it is up to Tofmotion’s camera equipment, video surveillance ought to be carried out without the intervention of a single person in the future.

This LIDAR technology is not new, but Tofmotion has made LIDAR more accurate. This technology used to work a bit like a knight’s helmet, so it could only make environmental scans using ‘stripes’, which were never very reliable. This is not the case with the cameras from this Austrian company. They use so-called Time-of-Flight (flashLIDAR) technology, which emits a kind of electromagnetic cloud that is immediately analyzed in order to determine whether or not there are any deviations from a normal situation.

Tofmotion sees itself as a pioneer in this field, their camera has already received an official safety certificate and they are eager to continue discovering the unexplored world of robotics and security. Will the ubiquitous V insignia on security staff uniforms disappear from the streets soon? Then this trio just might have something to do with that …. 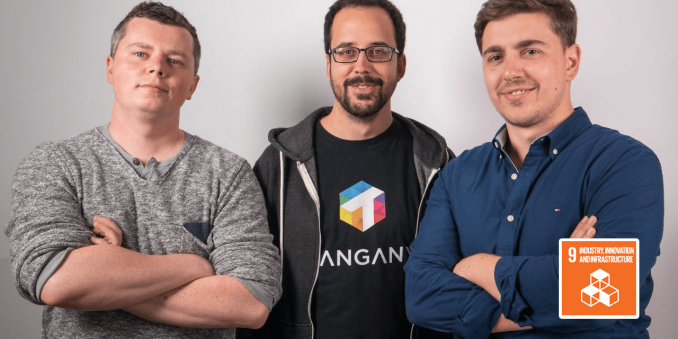 Blockchain was quite the buzzword in 2017.  No one really knew what it was, and every self-styled innovation guru thought that this was the future and that everyone should go for it. So far, even government agencies are convinced that blockchain is the future for them as well. Although they still don’t know exactly how and in what areas, it does sound good. Blockchain … a wonderful word that appeals to the imagination, obviously. ‘Cyber security expert’ Rian van Rijbroek has even created a whole revenue model around it and was able to amplify her mind-bending message on the Dutch national news television program Nieuwsuur.

However, blockchain is a technology that must be taken seriously and it offers plenty of advantages. The decentralized storage of data on numerous interconnected servers certainly has merit. And even though nobody really understands all the possibilities of this technology, Tangany promises to offer concrete solutions. It also offers concrete products for companies that want to work with blockchain, yet who don’t know exactly how to do that. The Germans are still looking for funding, but believe that, as pioneers, they will make the potential of blockchain technology more accessible as well as discover new innovative applications. 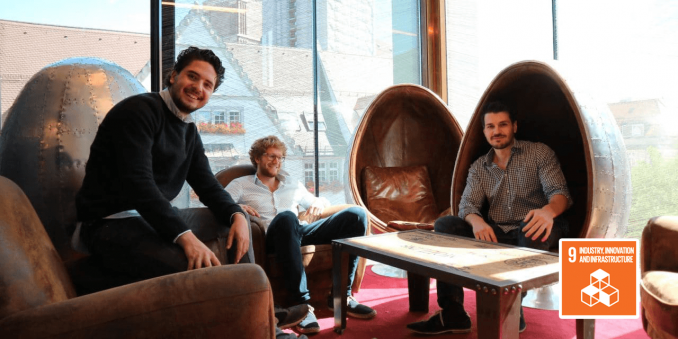 The team behind E-Bot7 wants to help telephone customer services enter into the future by using artificial intelligence to ensure that customers are served faster and more effectively. As a result, queues of up to 45 minutes and frustrating repeated calls (due to unsolved problems) may be a thing of the past.

A self-learning system that is designed to handle complaints or queries which can be resolved on the basis of standard procedures.  On average, around 90 percent of incoming calls to a telecom provider are handled by a computer. What is this percentage based on? The personal experience of this author, who in their grey past was once a ‘customer expert’ at a really friendly call center. In cases where more customization and expertise is needed, it will still be possible to transfer the call to a skilled human customer service representative. The E-Bot7 is very much in its infancy at the moment and can only speak English and German. However, the German company has big plans and wants to expand the software step by step with new technologies, specialties and languages.

Now, as a reader, you are probably thinking: _an insensitive robot on the line which is nothing more than a talking procedure … That’s not much different from the current situation, isn’t it?” This is partially true, especially for certain companies involved in parcel delivery and unnamed government agencies burdened with issues such as tax, benefits or driving ability.

However, it definitely makes a difference: artificial intelligence is not familiar with the phenomenon of ‘office hours’, which means that you are able to get your affairs in order even in the middle of the night. Ideal! And that’s why we want to crown E-Bot7 with the honor of calling itself Start-up of the Week! Despite the fact that personal attention is being lost, E-Bot7 – or technology that resembles it – certainly seems to be the future. What’s more, companies en masse are already working on it, but not on the same general and universal scale as this start-up who can roll it out across more sectors.

The need for customer service is greater than ever, yet this technology makes it cheaper and more efficient than ever before. And that’s how you save on both personnel and office costs. It’s a pity though that this technology means that thousands of call center employees will have to look for new employment in the coming decade.

'The best scientists also have start-ups'
The Space Week shows the social importance of space for…
You shouldn't just ask for a grower, but just give Bart a…
Students compete to really make a difference with their…
'We're only going to succeed with the knowledge of tomorrow'
Big ambitions for imec.istart.nl, after a year of the…
Manage Cookie Consent
We use cookies to optimize our website and our service. Help us to make our site better by accepting all cookies.
Manage options Manage services Manage vendors Read more about these purposes
View preferences
{title} {title} {title}