After a day of testing, the competitions finally started today. For the first match, one of the main favorites for the title had to kick-off, the TU/e team Tech United, from Eindhoven. The current number two of the world played against another team from Eindhoven, VDL Robot Sports.

Besides the fact that it was only the first group stage match of the tournament, Tech United showed no mercy for its opponent: after the final wistle the scoreboard showed 15-0. During the remainder of the day, many goals were scored as well, but 15-0 has not yet been exceeded. At the end of the day, after three wins, Tech United was on the number one spot of the poule. The standings and the results can be found here. The only MSL team that was not able to play today, was MINHO. Unfortunately, they were not able to get the robots to work. This resulted in automatic 3-0 losses. Hopefully, they will be able to play matches during the following days. For the ASML Falcons, however, it proved to be an amazing day. They beat VDL Robot Sports with 3-0, which is their first official RoboCup victory. Congratulations! 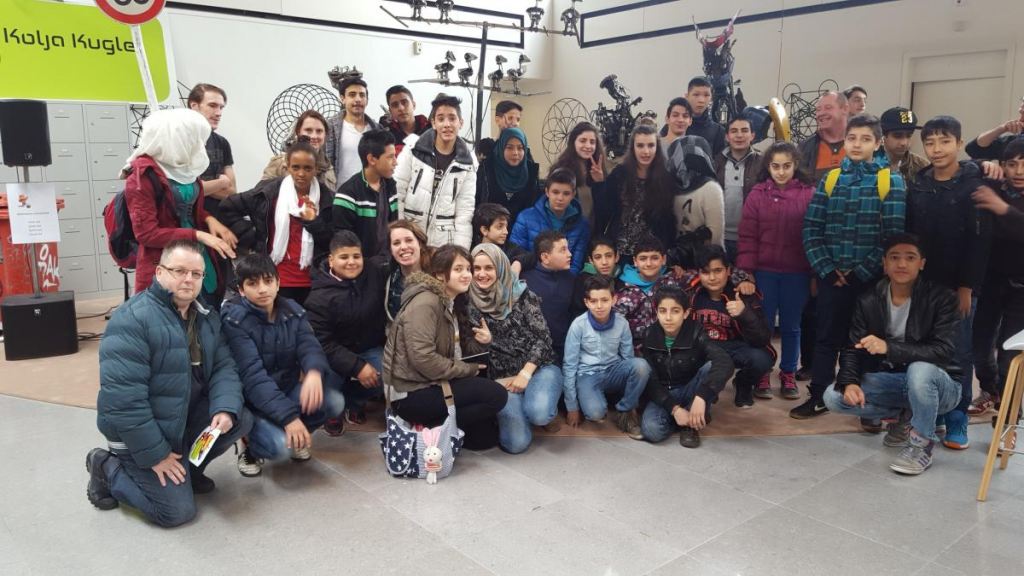 Of course, in the other competitions, the first matches started as well. The first match in the Standard Platform League already attracted a great audience. Under the watchful eye of the many visitors, the Nao robots were already able to find the goal 16 times. However, because this competition is started in three different groups, it is hard to predict what team is the most likely to win, at this moment.

This will definitely change during the following days. In the dome of the UFO, at 11 o’clock this morning, the first Small Size League match started. Despite the fact that only three teams participate in this categorie, it will be a very close call to see which team will eventually go home with the gold medal. Some thrilling matches will be played here, this week. You definitely have to see this! 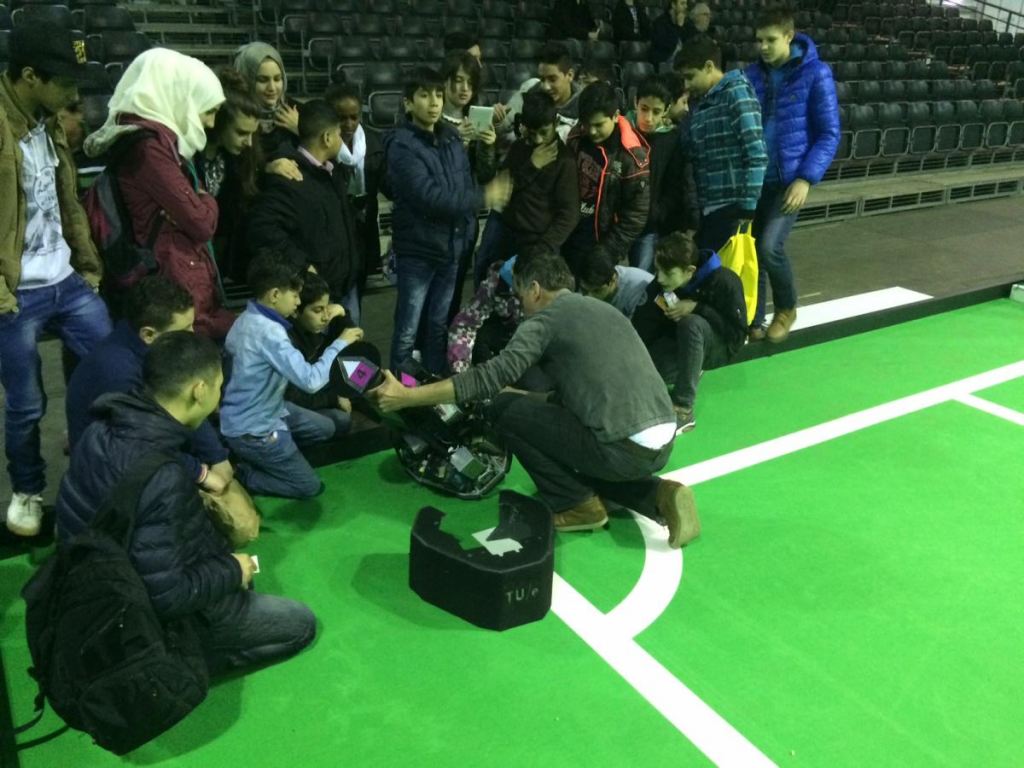 Just steps away, in the living room that is created in the dome of the Evoluon, the @Home competition robots are busy accomplishing several tasks. One of the first tasks that they will have to fulfill, is person recognition. Most of the times, it is not hard to find volunteers from the audience. Who doesn’t want to test these amazing robots?

Just like yesterday, there were many groups of school children that were shown around the RoboCup. Among them was a group of asylum seekers children from the Stedelijk College in Eindhoven. They were given an explanation about the Mid Size League robots, where it was told what exactly happens on the field, and what factors play a role. Of course, they also wanted to take a picture with the popular music robots made by Kolja Kugler. 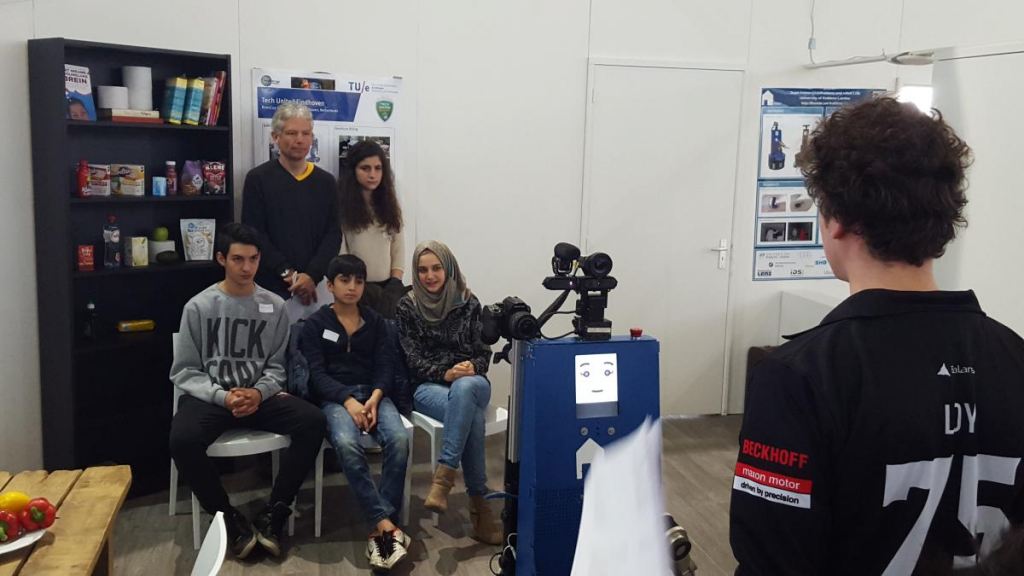 Another highlight takes place in the theater, every day. Every day at 11 a.m. and 2 p.m., a real professor gives a lecture especially for children! Today it was Maarten Steinbuch’s turn to enthusiastically tell the children everything about robots. Tomorrow, April 1, this will be done by Jaap Ham. You defintely shouldn’t forget paying a visit to the theater; even when nothing take place inside the theater, there are many fun workshops around the theater!

Fun fact: from tomomrrow, all leagues will be streamed live. Keep an eye on the home page!