A few weeks ago I received a press release from Land Life Company in my mailbox with the following news: ‘In 2020, the Dutch company will go and plant around three million trees and restore an estimated three thousand hectares of wasteland.’ “Might be interesting to do something with,” said the accompanying remark from the marketing department.

This is for the readers of Innovation Origins. Those who have already briefly read about it when I was allowed to plant a Land Life tree during the climate summit in Madrid. It almost sounded too good to be true.

Now it’s time to put Land Life Company itself in the spotlight. After all, they are doing extremely innovative and sustainable work by reforesting large areas of wasteland in Spain, the US and Australia. They use an ingenious business model that takes care of the offset of companies’ CO2 emissions by planting native tree species.

Though several Spaniards initially thought they were being made fools of when a few years ago a group of Dutch people came up with a proposal to come and plant ‘free’ forests in Castile and León. The only thing the company wanted in return was ‘the claim’ to this restoration of nature. By doing so, Land Life Company is selling its ‘services’ to third parties. The plan to ‘restore nature ‘ in the northwest of Spain comes partly from the hand of Jurriaan Ruys, the head of Land Life. His company appeared to be slowly sinking in 2017, but is now regarded as a forerunner in a sector where the interest in it has risen by leaps and bounds: tree planting. 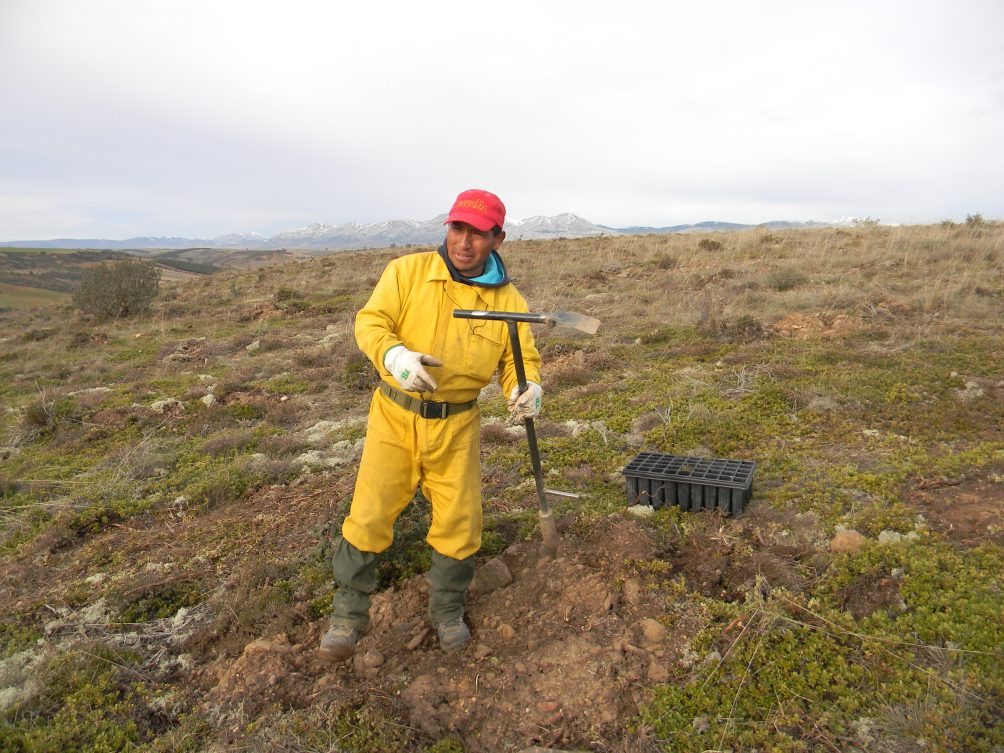 Ruys sees Land Life Company as a pioneer in what he calls “a new Oklahoma Land Rush.”

This time it’s about finding large tracts of land where you can plant trees properly. Trees extract carbon dioxide from the air which helps reduce global warming. Globally, two billion hectares will have to be planted in order to deal with the main climate problems.

Planting trees has been done for centuries, but Ruys maintains that Land Life Company does it in a sustainable way. According to Ruys, ‘his’ forests are capable of withstanding natural disasters or forest fires.

Ideally suited for the restoration of nature

The Dutch company took over the entire process. From searching for soil, to planting twenty types of trees, through to monitoring their growth using the most modern technology. Ruys considers Spain to be ideally suited for the restoration of nature. Some 11 million hectares of wasteland could be forested there. Trees planted near the village of Fresno del Río are a shining example. Ruys: “We often first have to work with a region before we can determine where we will be able to plant. Then we talk to the local authorities and reach a framework agreement. Whereby we stipulate, for example, that the forest may not be cut down. And that the locals keep the right to make use of the fruit.”

Nowadays, authorities and residents of Fresno del Río have faith in the plan and cherish the trees that are growing. Meanwhile, Ruys in turn cherishes the aspirations of companies who would like to help reduce CO2 emissions and promote that with his trees. Because that is what Land Life’s life insurance policy is based on. And it should start making a profit this year. Ruys: “Some customers would prefer to formally demonstrate that they are climate neutral. Others find it important to be able to mention in their annual report that they are working on sustainability. Plus there are also companies that want to be actively involved with ‘ their’ own forest. We offer it all.”

Seed-planting drones help create new forests
Tree nurseries in Romania aim to offset the impact of…
Spain: decentralized hotspot for climate change
Corona in Europe - Why is the Netherlands in lockdown?
New waste law must end Spanish 'more trash, more cash' waste…
Everything that can affect a plant