Philips Lighting has delivered one billion LED lamps and luminaires as part of its commitment to the ‘Global Lighting Challenge’, the Clean Energy Ministerial campaign to deploy ten billion high-efficiency light points to improve energy efficiency around the world. In doing so, it has pushed through the halfway mark of its target to deliver two billion by 2020.

Philips Lighting says it is the first company to reach this milestone, “which marks the latest progress in the global transition to energy-efficient lighting, a vital measure in slowing climate change”. In December 2006, when Philips Lighting called for the global phase-out of incandescent light bulbs, lighting accounted for 19% of global electricity consumption. This level was down to 15% in 2015 when the Paris Agreement was signed, and is on track to further decline to 8% by 2030.

“This milestone demonstrates that we can successfully drive the transition from conventional lighting technologies to LED, which can make a significant contribution to global climate change objectives. Energy efficiency is the low hanging fruit – today, energy efficiency improves by about 1.5% every year but simply doubling this to 3% per year would set us on a sustainable path”, said Harry Verhaar, Head of Global Public and Government Affairs at Philips Lighting.

The 1 billionth LED lamp was presented to a group of representatives from international governmental and non-governmental organizations at a special ceremony in Bonn last week.

At the event, Philips Lighting called on governments worldwide to join them in its goal to make the world more energy-efficient by making the following commitments: 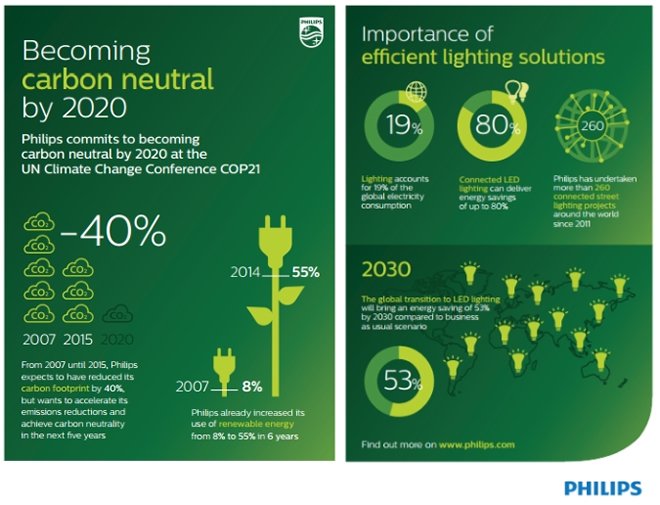