When people hear the word crash-test dummy, the first thing they think of is a bald doll that might as well be in the shop window of a department store. The doll is fastened – usually in the driver’s seat – to a car that then crashes unbraked into a wall or another car.

In principle, this is true, of course, but to compare the modern dummy with a mannequin is like checkers with chess. The beginnings of the crash tests, in which he was nothing more than a life-size doll with a wig, are long gone. Over the last 40 years, the dummy has been given more and more interior life in the form of sensors, and thanks to increasingly detailed tests, the cars have become safer and safer. In particular, the new ADAC crash test dummy, with which the automobile club is currently experimenting, is full of state-of-the-art technology.

Lots of sensors that measure the forces acting on a person during a crash or even just an emergency stop are measured in much greater detail than before. “The new dummy is more flexible in the right places. Overall, it is more sensitive and perceives the force entries much better when a crash occurs than its predecessors,” says company spokesman Dr. Christian Buric. 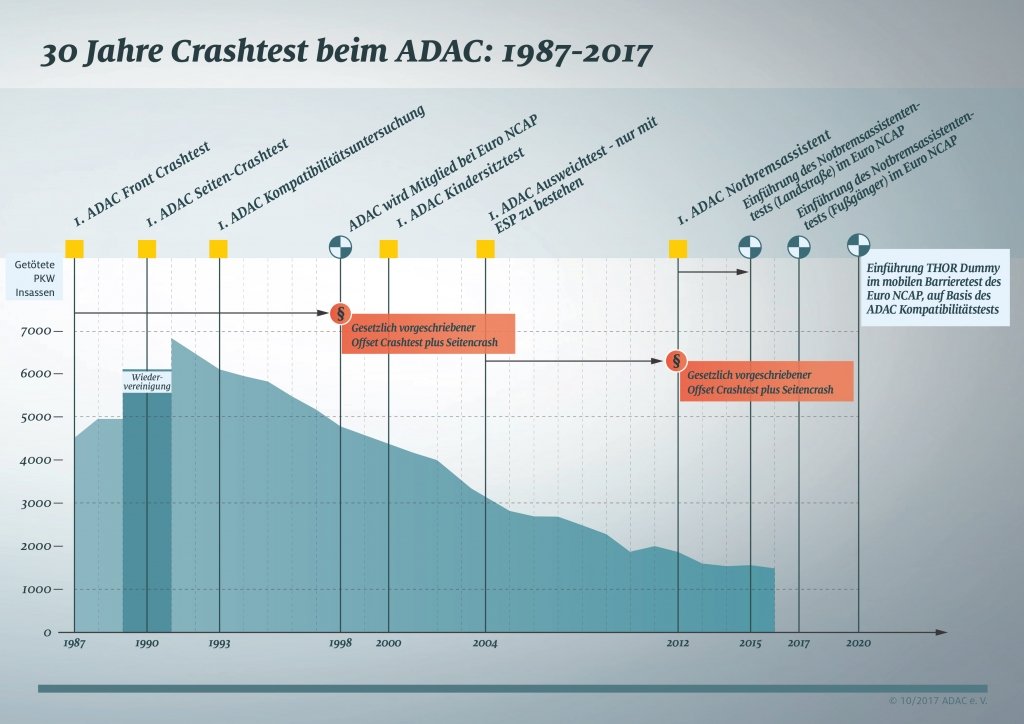 And what are the right places? “They’re mainly the chest, the ribs, the entire upper body, and to my knowledge, it’s also more flexible in the spine and neck.” In the event of an impact, the new dummy behaves more humanely in real time than previous crash test dummies. Like its predecessors, the “new” has metal struts in the upper body, which are shaped like human ribs. Sensors can now register not only the loads from the front but also from the side on impact and thus generate new measured values.

These values could then be used to continue working in the direction of accident research and to provide information to industry on what could be improved about cars. In addition, one would receive information “about injuries that can occur, especially in the soft tissue area,” because the entire rib area is displayed very realistically, Buric explains. “It is always said that a broken rib is not so bad and not so dangerous, but of course a rib can easily drill into the internal organs such as the lungs or, in the worst case, the heart. Through this, we hope to gain more detailed insights into biomechanics, human physics and then also into the human-car interface when a crash occurs”.

Of course, knowledge about such injuries was also possible with the earlier dummies, but by far not so detailed. For this reason, the ADAC has also purchased the new dummy, which will not get a colleague, however, due to the considerable price of 900,000 euros. It is not yet in daily use. “We’ve done a calibration and now we’re trying it for the first time,” says Buric. From 2020, the new crash test dummy will be used by ADAC and its European partner clubs in all tests.