Brabant will be energy neutral by 2050, and the metropolitan region of Eindhoven even aspires to be the first in the country. That creates obligations. And if that is not enough, in the background is the equally compelling Paris Agreement. All the more reason to draw on the potential of energy needs. That has happened in recent months in three intensive sessions with dozens of stakeholders.

In the meantime, an ‘energy map’ of South East Brabant has been put on the table. This provides the outline for a new interpretation of our future energy needs. The locations where wind turbines could be placed, but also biomass and geothermal plants. Later there will be locations for storing accumulated energy, but for now there is not a clear picture of this. ‘Space for Energy’ is a project of the metropolitan region of Eindhoven, and was drafted by councillors Paul van Liempd from Waalre and Mathijs Kuijken from Bergeijk.

“Brown coal mining, oil, gas, but also sun and wind: the way in which we want to generate energy, always leads to a new landscape.”Boris Hocks, POSAD, bureau for spatial strategies 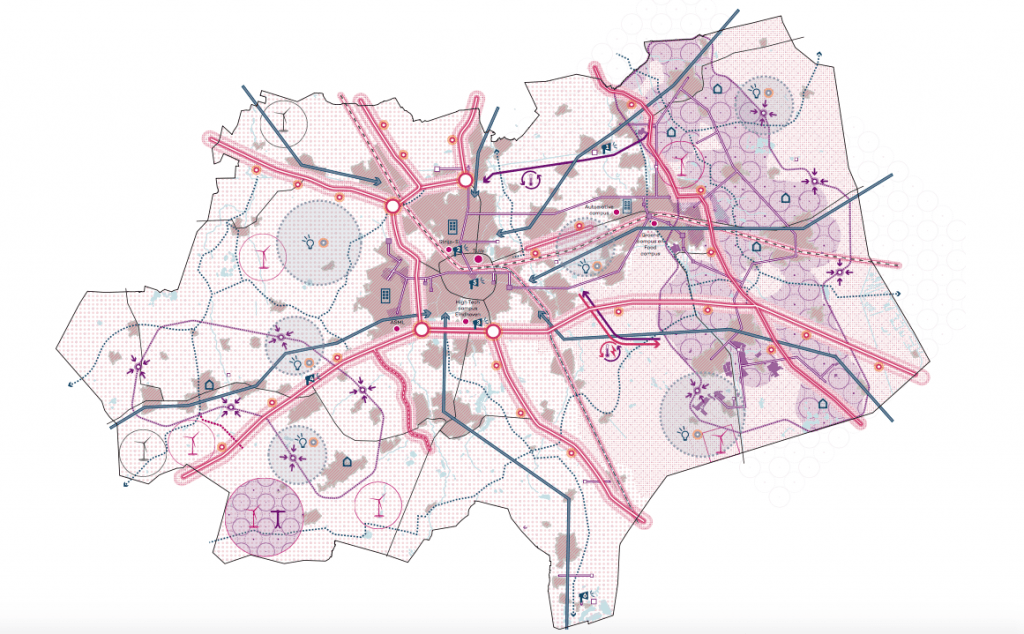 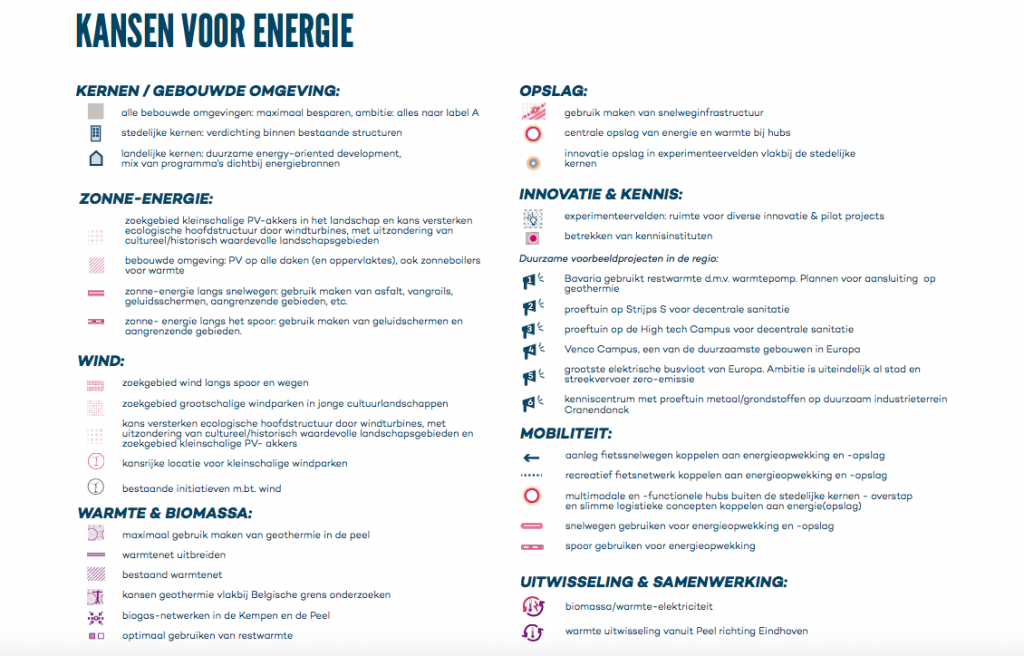 “View it, above all, as an opportunity map”, says Kuijken. “But a complex one. With 750,000 people on this postage stamp, we need to be extremely economical with our use of space. Especially when you know that each use is subject to its own restrictions.”

His colleague, Van Liempd, is nevertheless optimistic. “What you see now are people and parties moving towards each other, which is encouraging. But now we need to go further. Forming alliances, organising partnerships amongst stakeholders. That is already happening a lot, in fact, says Van Liempd. “I made a list, and whenever I come across something in this area, I put it on there. I would need half an hour just to read it aloud.” He would rather not state any preferences, but after some insistence, three projects became apparent: the eleven-hectare solar park in Deurne, the sustainable industrial grounds with energy storage in Cranendonck, and the collective sunroof in Waalre, his own municipality. “But actually, now I’m not doing justice to the other initiatives.”

Van Liempd and Kuijken let it be known that making policy documents – despite their roles – is not their greatest hobby. They prefer bringing stakeholders together, but that is not always easy. In particular, the business sector should be more involved, they think. We need the energy that there is now, converted into concrete results. Regularly seek and inspire each other, with as few administrative embellishments as possible. Parties should not sit and look at each other, waiting for the other one to make a move. Alliances need to emerge.

Boris Hocks of POSAD (an agency for spatial strategies) has led the process of Space for Energy over the past months. From this, he has extracted three approaches: self-sustainable clusters (accessible, bottom-up solutions), energy valleys (energy clusters, far from populated areas), and network regions (building on existing structures). These approaches were used as a basis for talks held among all stakeholders in the three meetings. Elements from all three approaches were consolidated in the final opportunity map.

Hocks emphasises the enormous spatial task that awaits society. “Look at the choices of the past, and you know that every energy landscape has a spatial element. Brown coal mining, oil, gas, but also sun and wind: the way in which we want to generate energy leads to a new landscape.” Whoever looks only at the footprint of renewable energy will already see sizeable differences. A petajoule per year – the approximate electricity needs of all Eindhoven households together – can be recovered, for example, with 250 hectares of solar fields, but also with 40 wind turbines, or 100,00 residences with solar panels. Partly for these reasons, the metropolitan region of Eindhoven has had factsheets made for the space implications of bio-, wind-, thermal, and solar energy.

The ambition remains high: to be the first energy-neutral region in the Netherlands. “That will be more difficult, just how innovative the solutions will be here”, says Hocks. “But that has to do with the uneven playing field. Goeree and Flevoland are, for example, more favourable in this race because the production capacity there is much bigger than in the metropolitan region of Eindhoven.” Van Liempd and Kuijken hear it, but Hocks’ words change nothing in their determination to achieve their goal: to make the metropolitan region of Eindhoven energy neutral. 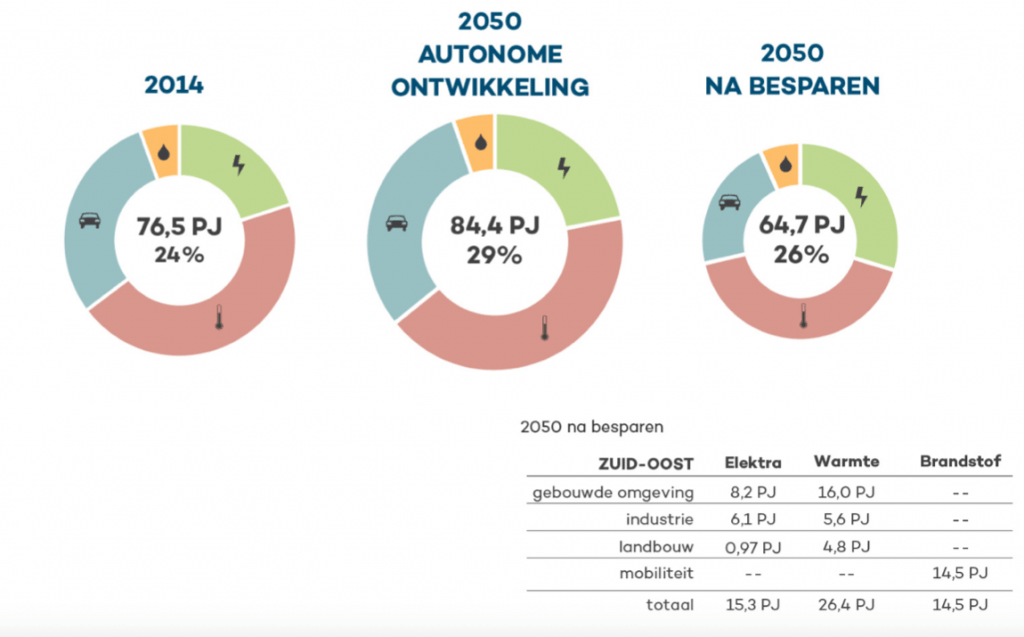 Step-by-step to a sustainable night out