It’s summer and so we meet Mpanzu on a terrace in the city. We get a firm handshake and a warm welcome. Mpanzu is ready for the interview. With coffee and water at his fingertips, he enthusiastically starts his story: “In addition to my work as coordinator of the World House and City Council member, I am involved with Incleaders. I set up this movement with three others. Leaders from the public sector and business and creatives work together to create an inclusive society. A society that allows everyone to participate. That requires a change of culture. In order to achieve that, support is needed in society. Incleaders as a movement can support ideas. I am in politics, have dreams and a vision and it is of no use if my ideas have no bearing. We need ambassadors in the city who are committed to an inclusive society.”

In his work as a councilor, Mpanzu put himself on the map for the first time when it was decided whether refugees would be taken in at the Eindhoven Orangery. “That was my time to show that we were going to do that. People were not so much against the arrival of refugees, but they had fear and many questions about what it meant for their own lives and surroundings. You must take that seriously as a municipality. I became the spokesman for refugees on behalf of my party. I was also in an asylum centre as an eight-year-old and know how it feels. The Dutch people gave me my dignity by incorporating me with open arms. Everyone recognises what it means to gain dignity. The message was: let’s give that dignity back to the people who come here. In the end, the whole council was unanimously in favor of the arrival of the refugees.”

“Over 166 nationalities are living in Eindhoven and you meet them at the Kruisstraat and Woenselse Markt”Mpanzu Bamenga, City counsellor

“What I do when I’m not at work? I really like art and culture: watching movies, listening to music, visiting dance shows, but I also make art. My heart beats faster with hip-hop and soul. I used to write poetry. I got the tip that if I would add a beat to it, it would become rap songs. At first, I paid my study with the proceeds of my performances, but in the end, I could not combine it anymore. I chose my study. I’m still making music and I’m working on a documentary about the life of refugees. People who want to contribute to the film, are more than welcome to join. It would be great to show this movie to a big audience!” 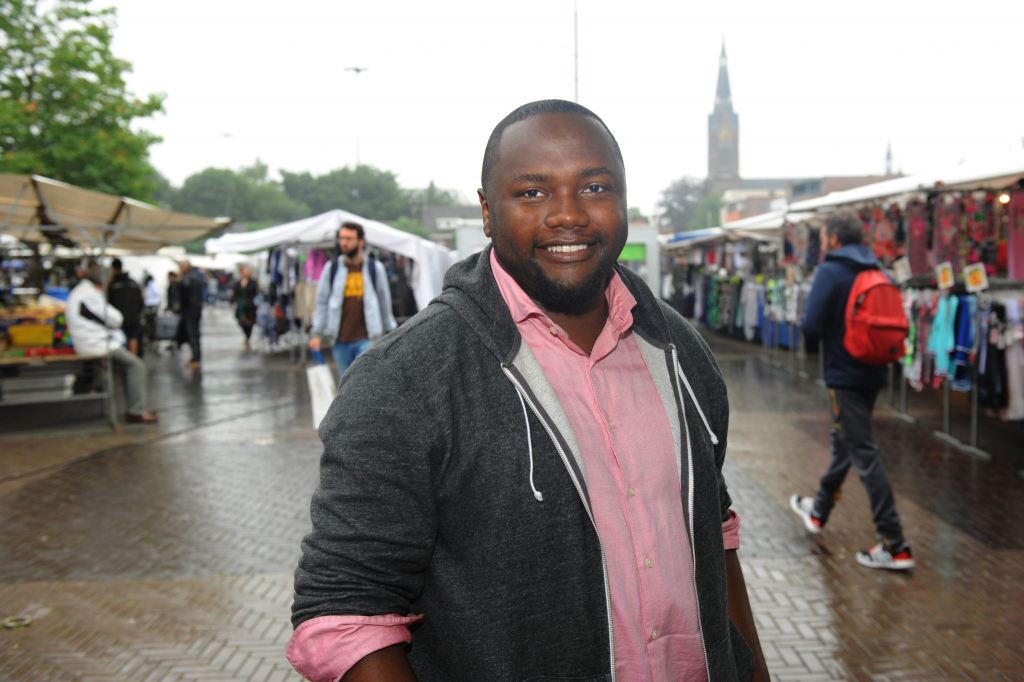 “I regularly visit the Woenselse Markt and the Kruisstraat. It is so diverse there. Over 166 nationalities are living in Eindhoven and you meet them there. And it all goes very well together. We don’t have to make it harder than it is. Eindhoven is really a great city. I have had the privilege of seeing some parts of the world in recent years, partly because I am a city councilor. Whether in Washington or Bilbao, I talk about what we do here in Eindhoven: they love it. We make the future here, said in a simple way. They love it because of the way we do it. In Eindhoven, we often agree on important subjects. That is not self-evident to others. That makes us stronger. And in terms of possible improvements, I think of everything that fits in an international city, we should have more of that here. It’s about good accessibility and culture for all. Especially for everyone because it is an enrichment for society.”