For many people it is a nightmare; a visit to the dentist. And all the more if you have to come back several times for a crown, for example. Minifab 3D wants to make sure that these “cowards” only have to make a single visit and are outside again within half an hour.  Including a new crown in their mouths. This Mexican startup develops 3D printers specifically for dentistry to print crowns, new teeth and dental parts. “Dentists can spare a lot of time, instead of 15 actions they only have to perform three. As a result, patients are lying in the chair for a shorter time.”

Paola Dulanto is a dentist in Mexico and sees a lot of people who don’t like to come back for a second time (or third or fourth..) for a new tooth. That process could be done quicker, so she thought. Fabien Legay produces 3D printers for the consumer market in Mexico. Wouldn’t that be a good combination? Dulanto thought. Teeth and 3D printers. One and one is two.

Rooftop startup
About six years ago Minifab 3D started – “not in the garage like all Silicon Valley startups, but on the roof, because that’s where startups arise in Mexico.” – Legay wanted to start a business in drones. “But I couldn’t get parts anywhere. Where should I get them from?” Legay is shrugging his shoulders. He decides to build a 3D printer in order to make the parts for drones himself. “By the way, the first 3D printer I made was made out of wood.” Dulanto starts laughing: “but this drone never came, instead we are the market leader in Mexico in the field of 3D printers and everything that goes with it”. 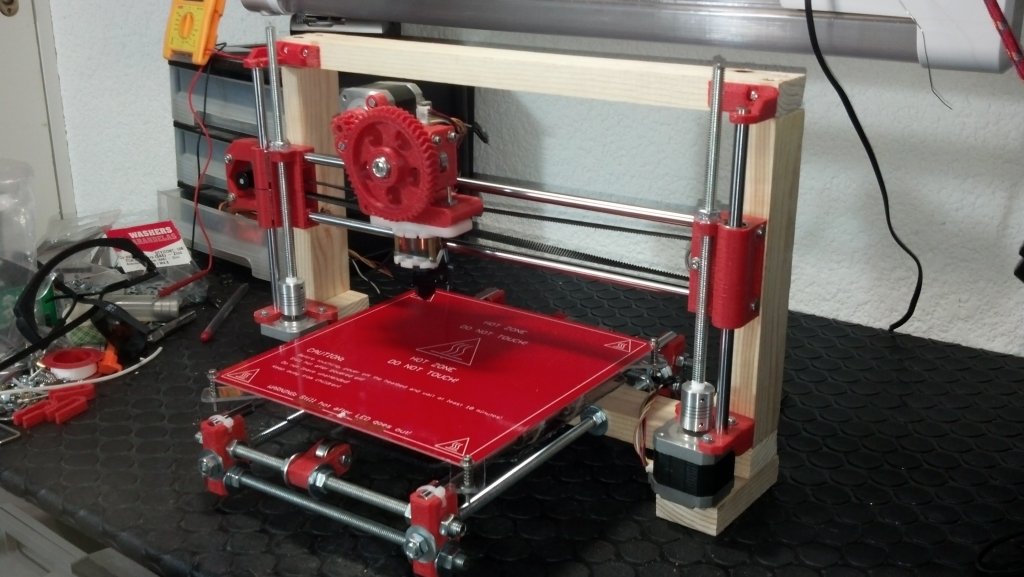 Minifab 3D not only supplies printers to consumers but also delivers print materials and service to people who can’t manage to work it out for themselves. This goes so well that they were allowed to pitch for HighTechXL via a program of the Mexican government. That’s how they ended up in Eindhoven. “It took a lot of getting used to it at first”, says Legay, “nobody knows us here, so we have to show what we can do and that our product is good”, then laughing: “sometimes that’s frustrating. In Mexico, we are a successful company. We know we have something good, but not everyone here knows that yet.”

Validating is key
At HighTechXL, they need to think about the market they’re tapping into right away. Can they serve the Netherlands with the same strategy as in Mexico? Dulanto’s experience as a dentist comes in handy here. “By developing a printer that makes it possible to print teeth with bio-resin, people don’t have to go back to the dentist four times. Instead of two weeks, it only takes a few hours,” tells Dulanto.

Unlike in Mexico, they do not focus on consumers in the Netherlands, but on dentistry. “We have had a great number of interviews in recent months to see what dentists are running into, what could be improved? Are they willing to buy a 3D printer? We had to validate everything from the very beginning. The fact that I am a dentist myself is an advantage. I know what’s going on.” she says. Legay complements it: “It’s incredibly hard work, you have to constantly prove yourself and show yourself everywhere. Showing how it works and explain the advantages over the traditional way. Sometimes it feels like we have to do everything all over again. But we learn a great deal out of it. We are pushed to make the most out of this programme.”

Scaling up
Minifab 3D is currently negotiating for a partnership with DSM to provide the material for the teeth. “It is bio-material and has all kinds of safety labels including one from the FDA. Such a partner would give confidence, it is a signal to the outside world that we know what we are doing.” The company will soon start a trial with about 10 3D printers in the Netherlands. Dental practices in Mexico have also come forward willing to participate. “We’re going to analyse this trial and see what can be improved on the printer. The intention is to quickly scale up to 100 printers.” according to Legay, this is possible because they already have so much experience in Mexico, and their latest model is four times faster than the competitor’s, he says proudly.

When asked where they want to be in five years’ time, an ambitious answer follows: “five years? We are not looking ahead that far. We believe we can deliver results much earlier. Within 1 to 2 years we will be able to take significant steps in this market. Our aim is to grow rapidly in Europe. We already understand the mentality in the Netherlands better and better, sometimes the language is still a barrier. But we are open-minded and convinced that we are going to succeed.”