EDITORIAL USE ONLY A burger made from Cultured Beef, which has been developed by Professor Mark Post of Maastricht University in the Netherlands. PRESS ASSOCIATION Photo. Issue date: Monday August 5, 2013. Cultured Beef could help solve the coming food crisis and combat climate change. Commercial production of Cultured Beef could begin within ten to 20 years. Photo credit should read: © David Parry/PA

Mark Post, a pharmacologist at Maastricht University and former professor of tissue engineering at the Eindhoven University of Technology, is best known as the inventor of the cultured meat burger. He is currently travelling the world to draw attention to the food problem and the way in which his invention can contribute to solving it. On Friday 16 November he will be one of the main speakers at Leading the South, the annual networking event of Philharmonie Zuidnederland.

More than five years after his now famous cultured meat burger was fried live in a London studio in front of the entire world press in a knob of butter and subjected to a taste test by a panel, the world-famous professor at Maastricht University regularly has to get up early. This time the plane leaves for Johannesburg at 5.00 a.m., where Post speaks at a conference on new technologies in the field of food. This time too, his story will not be much different from the one he has already told dozens of times, in many places around the world.

Mark Post is a pharmacologist and Professor of Vascular Physiology at University Maastricht and (until 2010) Professor of tissue engineering at Technical University Eindhoven. On 5 August 2013 he was the first in the world to present a proof of concept for cultured meat. Learn more about Mark Post and his cultured meat hamburger here.

Recently he spoke at a meeting in Italy, the country where they love the bistecche alla Fiorentina in combination with the most beautiful Brunellos. But if the environment and our future are dear to us, we cannot continue like this, was the message of Mark Post this time as well. The demand for meat remains worldwide. If all that meat were to come from livestock farming, it would be a major attack on the environment. Meat grown from stem cells has a great promise in it”, according to the Professor of Vascular Physiology.

On November 16, Mark Post can tell his story again, this time a lot closer to home. That evening he is one of the main guests at Leading the South, the annual networking event of Philharmonie Zuidnederland. The evening – where entrepreneurs from the south of the Netherlands meet each other at a relaxed dinner – takes place at Brightlands Campus Greenport Venlo. This campus is all about healthy food. Scientists from Maastricht University are working on innovations in the field of food and drink in collaboration with students and the business community, among others.

The theme of cultured meat on an evening that is dominated by one of the most important professional orchestras in the Netherlands; it is not even such a strange combination. In a proverbial sense, there is music in the cultured burger and its related products. Not so long ago the Bell Food Group in Switzerland, one of the largest producers of (real) meat in Europe decided to invest millions of euros in the company Mosa Meat founded by Mark Post. Preparations are now being made for setting up production lines, including the necessary staff,” says the professor.

The culinary world, among others, is following the developments surrounding the ‘meat’ that was originally cultivated in Maastricht with great interest. It would not be bad for Mark Post and his family if famous chefs took the lead and put the cultured meat – if available – on their menus.

It is known that music during a restaurant visit influences the mood and therefore indirectly also the taste of the food served. But which music is best suited to a dish that focuses on cultured meat?

Post has not received the question before. Nevertheless, he admits, it is certainly relevant in all respects. The first term that comes to mind in this respect is ‘feel-good music’. “For acceptance, it is important that people feel at ease when served cultured meat. They should feel in all respects that they are eating meat and not something technical. I would, therefore, say that the choice for music should not be too experimental in any case. Rather recognisable and easy for the ear. However, I have to note that I think that age also plays a certain role in this context. My eighteen-year-old son is not enjoying classical music at the moment. Has he tasted the cultured burger? Of course!”

And if Mark Post, in addition to an exquisite cultured meat preparation by a top chef, would be allowed to choose a wine? “Then I would choose a friend of everyone. Something classic, but not too heavy and not too pronounced. Rather a beautiful red Burgundy than a cru bourgeois from the Médoc.”

Want to participate in Leading the South? > www.philharmoniezuidnederland.nl/leadingthesouth 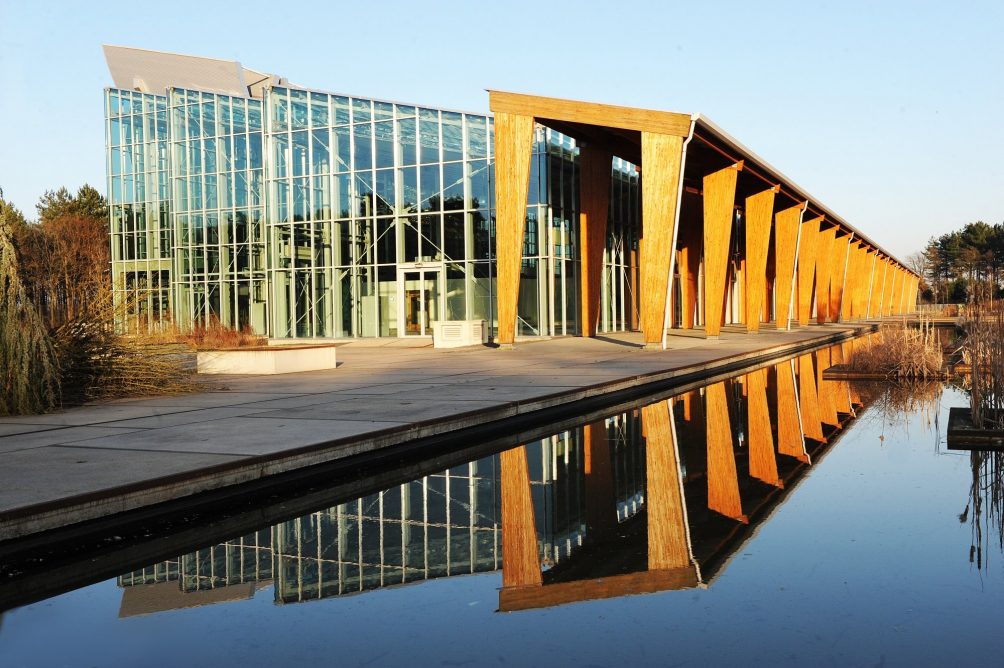 Permission for cultured meat sampling next step towards…
Preventing peanut allergy with peanut: Vini Mini stops the…
The innovative power of a 75-year-old techie with assertive…
Everything that can affect a plant
The Brainport way of Systems Engineering
Ever-increasing role for yeast in sustainable food and…
Manage Cookie Consent
We use cookies to optimize our website and our service. Help us to make our site better by accepting all cookies.
Manage options Manage services Manage vendors Read more about these purposes
View preferences
{title} {title} {title}