Konstantin welcomes us at the Designhuis. The former district court has a majestic hallway and on the right, you can see the studios of local television and radio station Studio 040. “The Designhuis is also the home of Stichting Cultuur and the students of TU/e Industrial Design and Fontys Future Media Lab,” tells Konstantin, “In the former council room we organize meetups. I work for Stichting Ruimte and this is a foundation that manages spaces owned by the municipality. These spaces we turn into affordable ateliers. The Designhuis is one of the buildings managed by Stichting Ruimte.”

Konstantin’s life in the Netherlands started in the city of Breda, where he studied Hotel Management at the NHTV school. “As a little kid, I picked up English really fast and later on I knew I wanted to do an international study. My first encounter with the Netherlands was in an exchange program and I stayed in Utrecht for a week. I had a good time. A few years later I was at a study fair where the NLCC (the Dutch-Latvian Chamber of Commerce) was also present. They promoted studying in the Netherlands. I knew the country a little bit and got really interested. The attractive financial aspect of studying here played a big role in my choice for the Netherlands. The tuition, which you can pay in instalments, was affordable back then. Now it is a bit higher. I managed to get by with help from my parents in the first year and a part-time job.”

“I was surprised to learn that the public services in the Netherlands weren’t digitally developed as in Estonia. Estonia decided in the nineties to completely focus on digital.” Konstantin gets out his identity card. “For instance, we use this card for a lot of things: banking, voting, doctors prescriptions and everything that has to do with the government. Here in the Netherlands, we have a different card for everything and voting is on paper. Why not follow the example of Estonia? My home country is relatively unknown. Peter Kentie, managing director of Eindhoven365, made it his personal challenge to actively contribute to the nation branding of Estonia. In Estonia, people thought ‘What’s the catch?’, but he does this for fun. Peter came up with the Est- concept which focuses on what makes Estonia unique and memorable: coolest, kindest, fastest, and you can go on and on.” 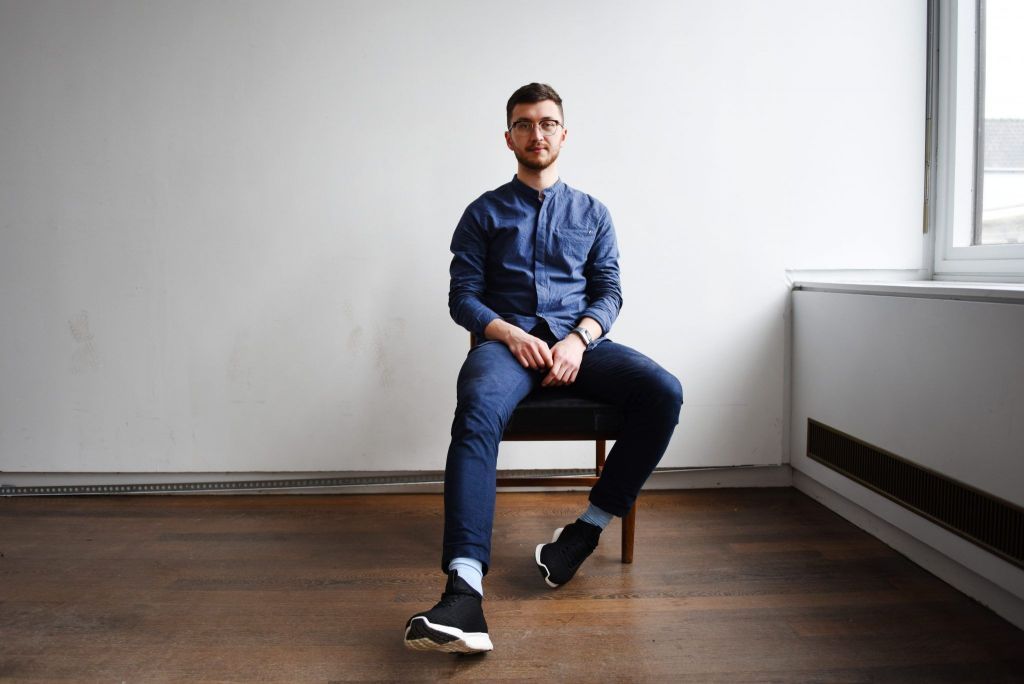 “During my study, mostly at my internships, I came to the conclusion that the hotel industry does not match with my personal values. I got some experience in every part of the business, but it didn’t work out. I still finished my study, though. I had my first contact with Eindhoven during the Dutch Design Week. I liked working with creative people, but little did I know,” he says with a smile and a wink. “My colleague Tim Dekker is a business developer and together we want to make sure ateliers stay available for the creative people in Eindhoven. I won’t speak on behalf of the whole creative community, but Eindhoven needs more noise. In places where creativity blooms, noise is needed. This city wants to be metropolitan, but it is a village. Give space to young talent and let us make our own mistakes.”

“Eindhoven has potential, but it has to be realistic: it is an ugly village, certainly when you enter the city from the train station. Also, you need to know people to get to know the city. The social media of Eindhoven works, but as a regular citizen, I don’t feel the much-promoted technology, design and knowledge vibes. If you want to meet a good cross-section of the people from Eindhoven, you should visit bar La Folie. It is a simple place with people from all walks of life. It’s a bit rough around the edges, but it is nice.”