King Willem-Alexander visited Sectie-C this afternoon. The power of creativity and the role of designers in society were the main topics of today’s program.

The reception is by Martijn Paulen, director of the Dutch Design Foundation, and Mies Loogman, board member of Sectie-C. She welcomes the king to one of the largest creative breeding grounds in the city. Sectie-C is almost an enclave, with its own board and about two hundred creatives and makers working in this area. A place where many start as students and grow their studio from here.

Such a ‘big’ one is Nacho Carbonell, who’s studio is part of the tour today. It makes a beautiful picture, the king against the background of the enormous sculptures of the Spanish designer. The photographers that are here today manoeuvre skilfully between all the creations while the king is talking with Carbonell.

A little later Willem-Alexander is standing in the dark studio of Niels Hoebers. Not a great place for taking photos, but that doesn’t make his story any less interesting. Hoebers is an animator and maker of stop motion films. He talks about the project he is currently working on and the techniques he uses.

Next stop is Anne and Mats’ studio, who made a book about how people with dyslexia experience language. Here the conversation suddenly takes a different turn, in the direction of intellectual property. When do you file a patent and how do you deal with interns who will often be inspired by your work? Anne Ligtenberg’s answer is quite clear. They do not protect their knowledge by filing patents, but rather by sharing it as much as possible. Through books, workshops and online, always by pointing out where the ideas come from. In this way they can unlock knowledge and at the same time establish themselves as authorities. 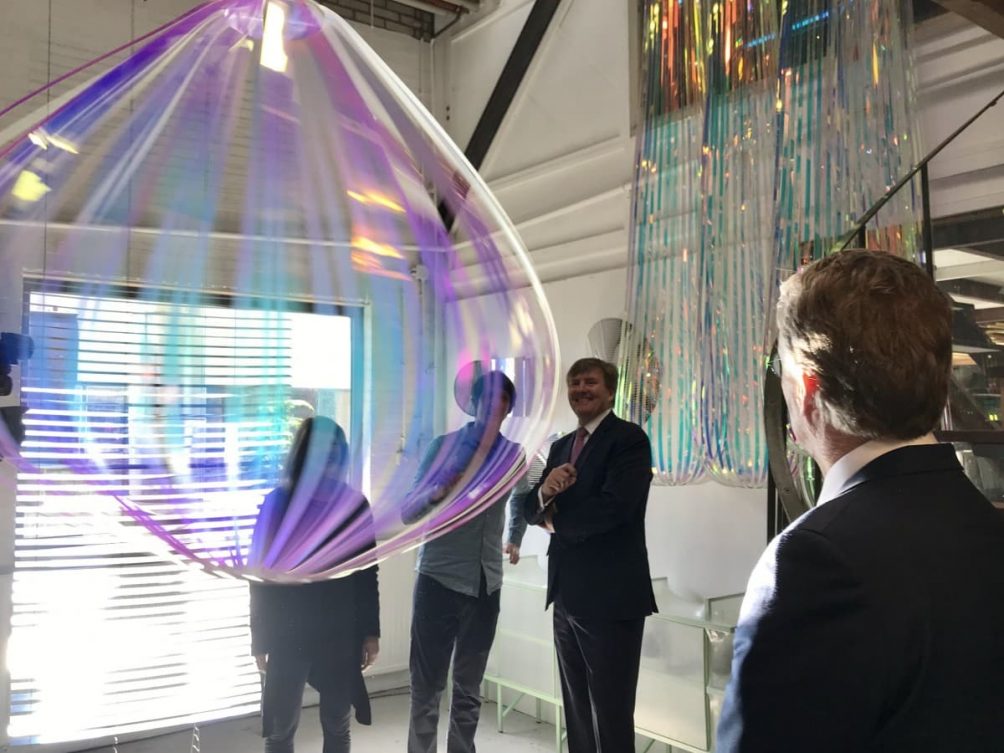 Jetske Visser and Michiel Martens design moving objects, such as the Reflecting Holons 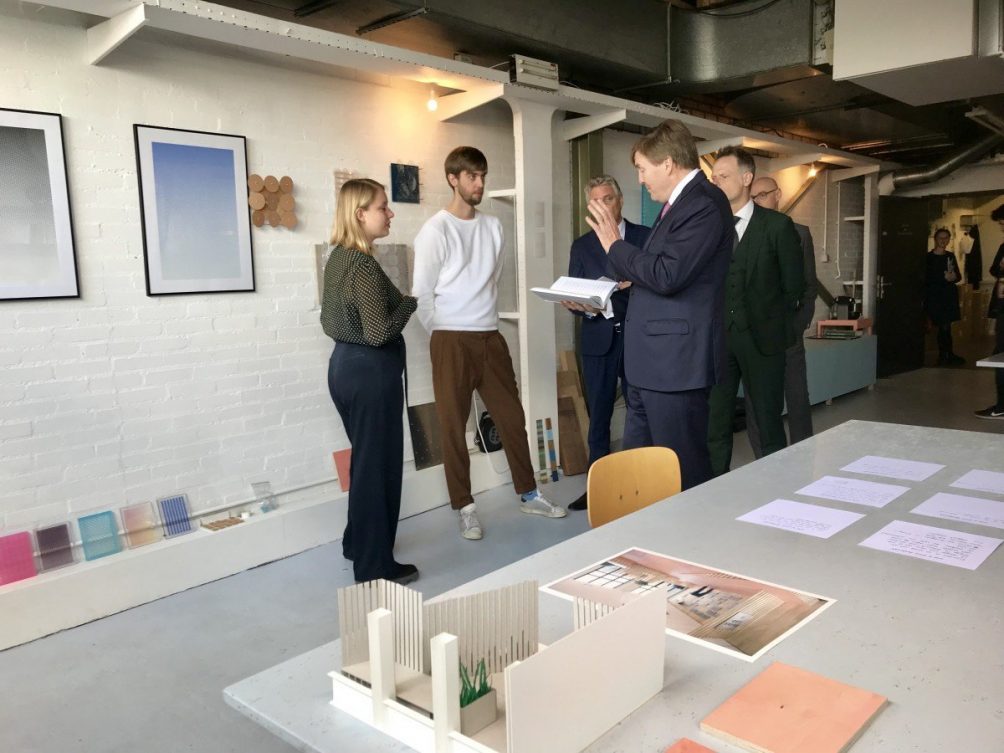 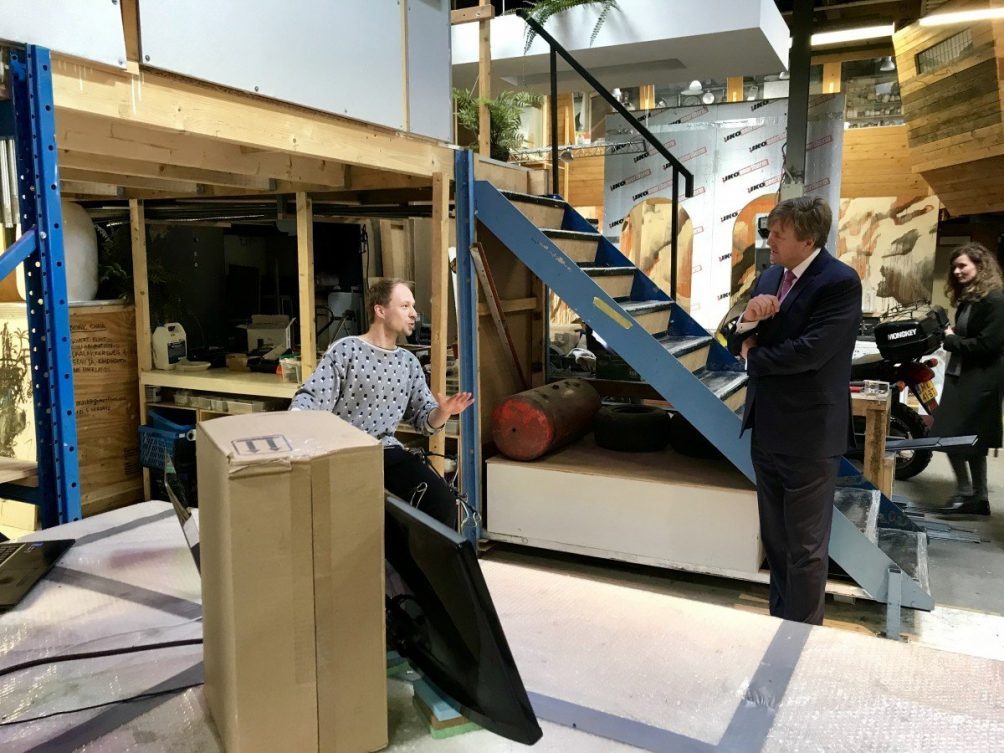 After the studio visits Martijn Paulen invites the king to the table, together with mayor Jorritsma and eleven representatives from the creative sector. Together they show what the scope of design is. From creating beautiful furniture and safe car seats for childeren to contributing to innovations in the water sector and the energy transition.

Almost all of them work closely with companies and governments, often through programs set up by the Dutch Design Foundation. They notice that many organizations want to work with designers, but don’t know how to. Today’s message is that the power of creativity is huge and that it is best to use it as early as possible in the process. ‘Sometimes there is a misconception that designers can solve all the problems of tomorrow’, concludes designer Miriam van de Lubbe. ‘They cannot do that, but what designers are trained for is to have an eye for different interests, to collaborate with others and to filter solutions from an analytical perspective. Once you open yourself up to that, you will get new insights for sure.’

Revolutionary design method originates from an accidental…
Manage Cookie Consent
We use cookies to optimize our website and our service. Help us to make our site better by accepting all cookies.
Manage options Manage services Manage vendors Read more about these purposes
View preferences
{title} {title} {title}