The Strijp-S Klokgebouw yesterday played host to the annual Holst Centre ‘Partnerday’, in which the Eindhoven based R&D institute showed off its latest high tech innovations.

Present at the event were several hundred businesspeople and engineers from companies from all over the world that are partnered with the Holst Centre, all eager to get an up-close and hands-on look at tech demos, and meet the experts behind the various innovations on display.

Throughout the day a wide array of speakers took to the stage to describe the ongoing work of research teams based at the Holst Centre – located on the High Tech Campus. The theme throughout many of the talks was how researchers are integrating state-of-the-art sensors into everyday objects and scenarios in order to build a true internet-of-things.

Kathleen Philips, Project Manager at Imec, outlined how the ‘indoor radar’ tech being developed by the company could soon lead to a host of applications, ranging from object tracking in warehouses, proximity-sensitive displays in hospitals, even to the pairing of the technology with our own smartphones to remove the need for car or house keys in future. 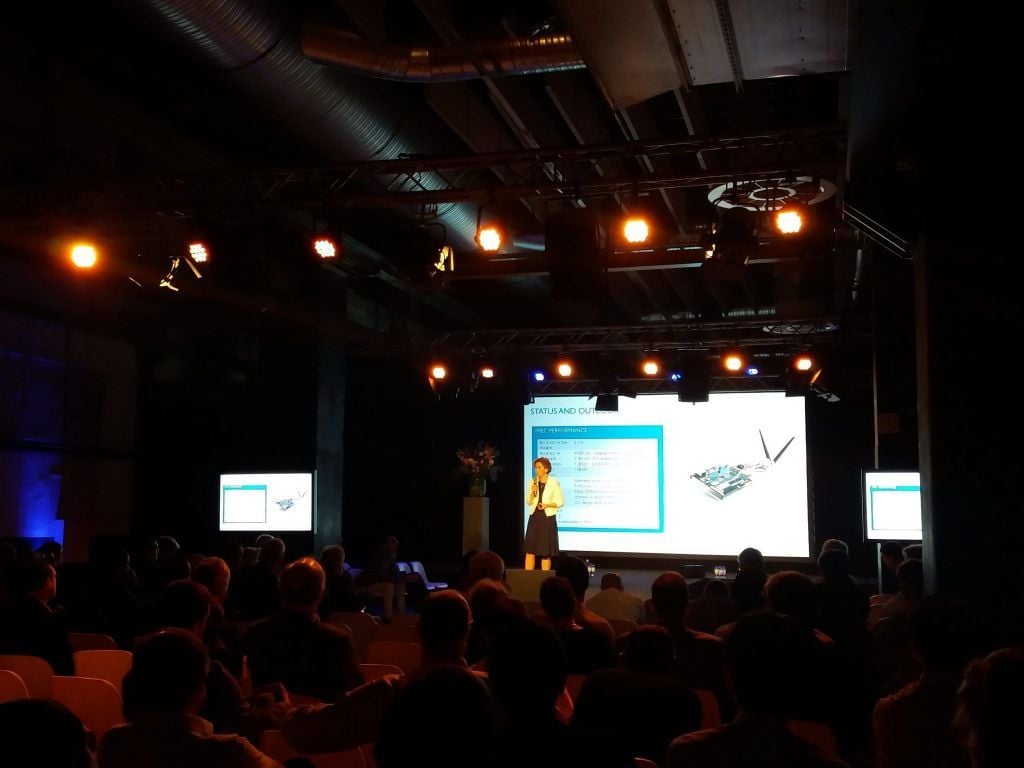 Amongst the tech demos, were Imec’s latest models of EEG headsets, able to read the wearers’ brainwaves and detect changes in mood. This was described as having great potential for therapeutic treatment of a host of mental illnesses and disorders in future.

The latest streamlined model of EOG glasses was also on show, which unlike previous clunkier models, contain their own small inbuilt battery pack. Using a set of five unobtrusive electrodes, the glasses are able to detect movements of the eye, and so may be able to be applied not only to VR, but to be used to issue commands in situations where hands are unavailable – such as when driving a car or operating machinery. The glasses have also been developed as a means of detecting tiny erratic movements of the eye of the wearer – an early sign of Parkinsons disease. 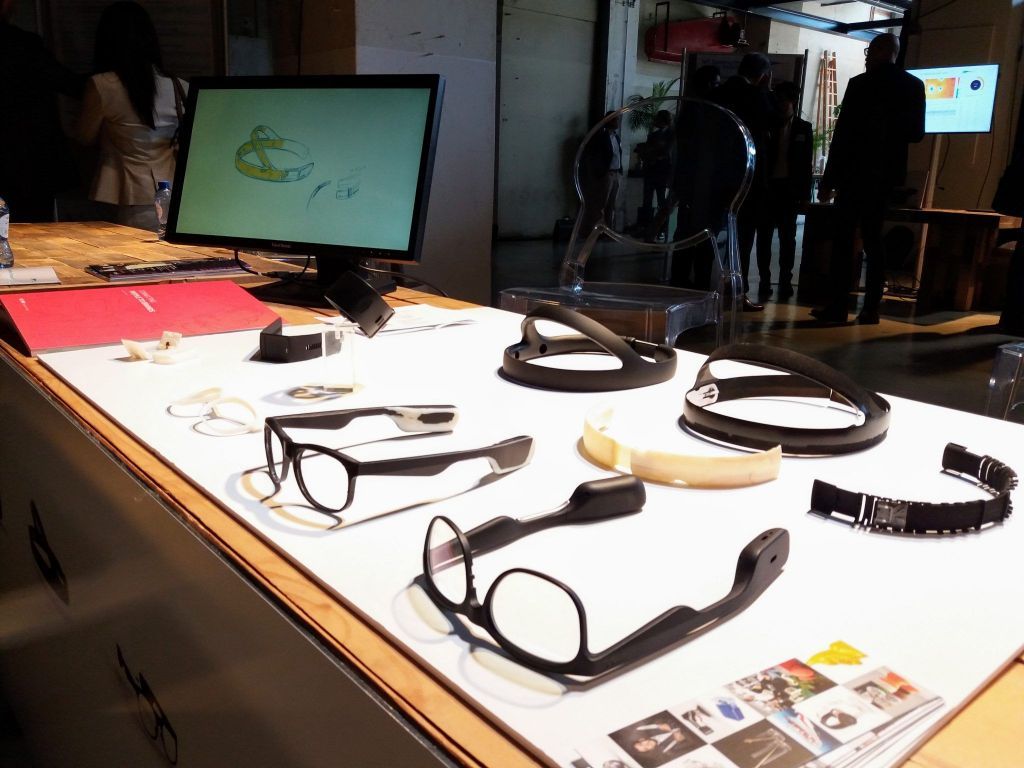 Also on show were a range of flexible OLED displays developed at the Holst Centre by Lyteus, designed as super-light weight alternatives to modern OLED and LED fixtures. Applications for such flexible lighting include lighting for the automotive industry, as well as in aircraft where space and weight are at a premium, and in future ‘smart packaging’ (which was demoed at the event). 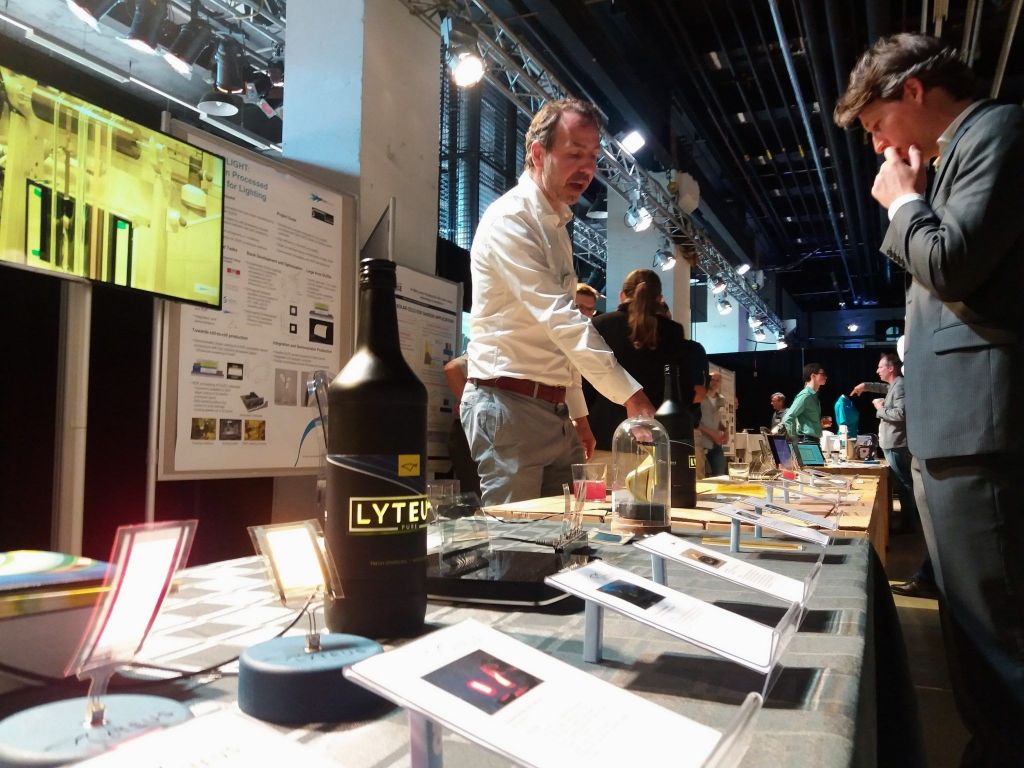