High Tech Campus, which houses more than 150 companies, provides a wide range of sports activities and clubs to the 10,000 people who daily cross its streets on their way to work. High Tech Campus is a melting pot where people from all over the world merge their cultures, nationalities, languages, and technical expertise not only at their workplace but also while playing sports, such as touch rugby or futsal, together at the end of the workday.

“We love playing on the HTC, as it is so close to work, the facilities are amazing and it is a way to connect work with socialising – the way it should be. It takes the cold edge off of work.”Colin Burke,

Colin Burke, presently working at Philips, has always cherished passion for touch rugby. He started playing touch rugby back in his home country – Ireland, after breaking his collarbone and not being able to play. “I play touch rugby as it keeps me fit, it is a fast, agile game that works out all of your muscles – from core to legs and arms. It is a very good cardio vascular exercise, too”, Burke explains.

When he moved to the Netherlands last year he decided to combine his fondness of touch rugby with his entepreneurial spirit, as he put it. He met a French guy, who used to play for France national team, had a beer together, and this is how Eindhoven Touch – ET was born. Thus, a boy’s hobby and passion quickly transformed into an actual sports club, located at High Tech Campus. 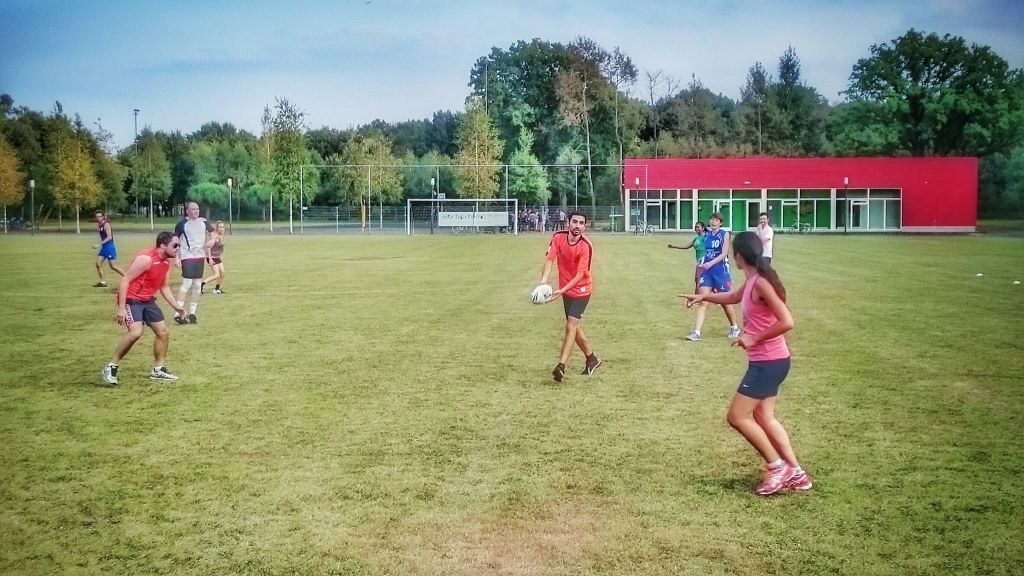 “We already have 15 players from all nationalities – Dutch, Irish, Indian, French, and Polish”, Burke enthused. “There are people from 15 to 40 years old – both men and women, there are even kids. I think that there are presently more women than men”, he laughed.

All people work at HTC or have parents who work at HTC and Burke relates that this serves as the perfect connection between work and sport. “It is a great team sport bringing colleagues together both on and off the field. It is also a true team sport. If one player is weak, the team loses. So we have to bond both on and off the field to gain a better understanding of each other, our style of play, communication styles, and general personality traits”, Burke explained.

Burke invited everyone who would like to join the club every Thursday at 18:00. “This game is open to all ages, races, sexes and so on. So it is a great way to mingle and get to meet people”, he smiled. 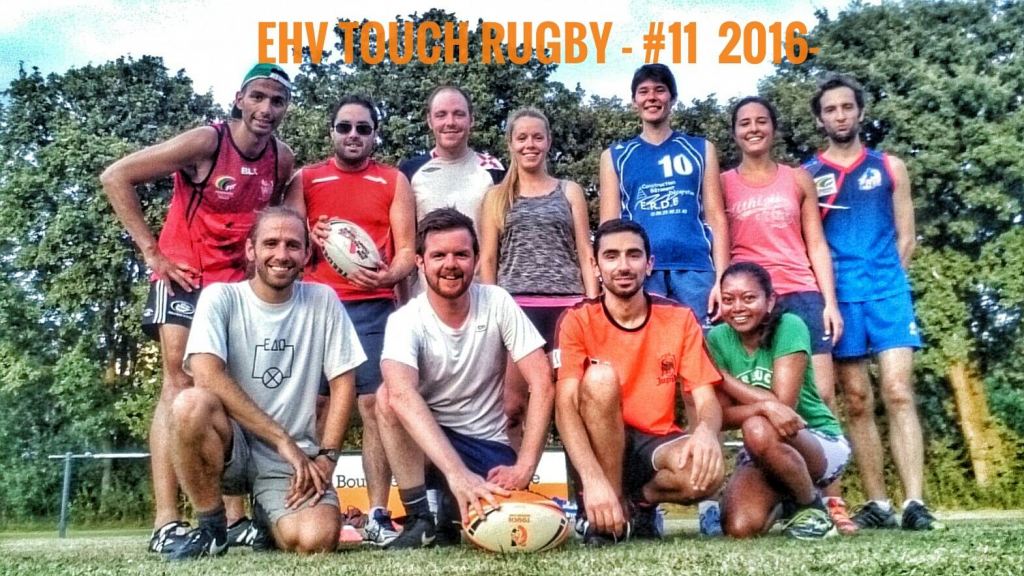 In the meantime another sports club at High Tech Campus – the futsal club, is already participating in the NZVB league and winning matches. “At the very beginning, in 2005/2006, we used to rent a hall and play quite informally among friends – mainly students doing their internship at High Tech Campus. Later this activity was fully sponsored by Campus Sports. Now we participate in competitions and we have our own HTC t-shirts”, Stefan Pfundtner, a scientist at Philips Research and a futsal enthusiast playing at the club, explained.

“Futsal is a fast paced sport and you get a really good workout. The trainings are also a lot of fun but being able to compete and to measure yourself as a team against other teams is the most exciting part” he relates. At a question whether futsal reconnects colleagues from work Pfundtner was explicit: “It is a nice way to meet like-minded football enthusiasts. The fact that some are also colleagues is very secondary. Actually sometimes people show a completely different face on the pitch!”. 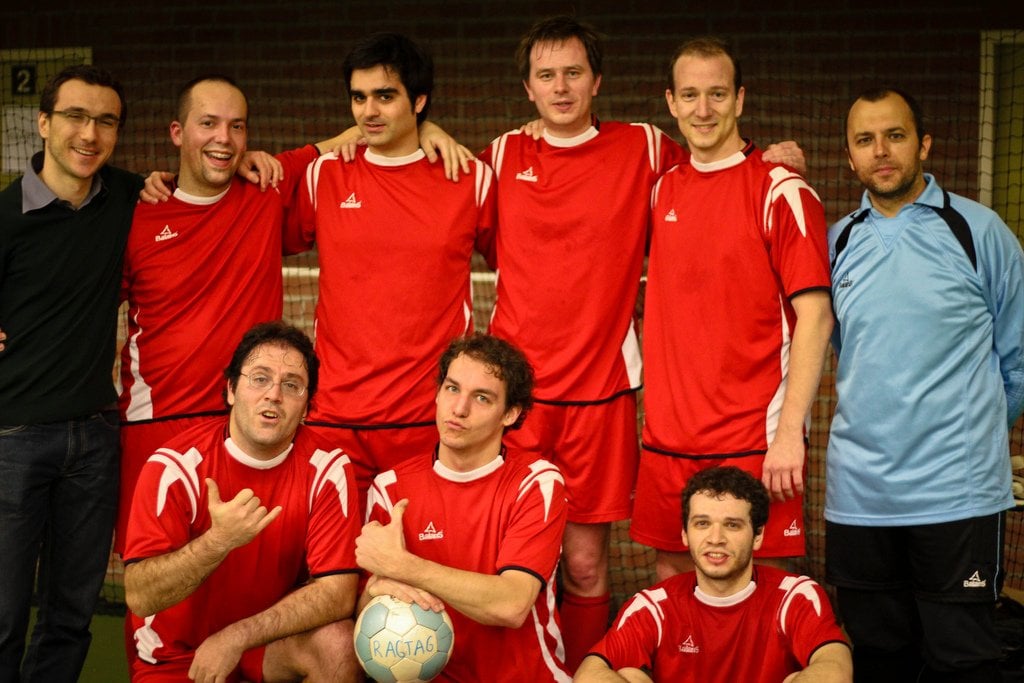 The Eindhoven Touch – ET and the futsal club are only a small part of the sports clubs at High Tech Campus. Sports enthusiasts can enjoy being members of the angling club, the basketball team, or the volleyball team, to name but a few. At the same time anyone can take a short meditation break with a yoga class instead of sitting in front of their computer. Doing sports after work can serve as a best way of releasing stress and having fun. At the same time the sports facilities and sports clubs at HTC provide an exciting way of bonding with colleagues in an atmosphere different from that in the office.