Innovation campuses, smart city solutions and a healthy work-life balance are the themes that will determine sustainable urban development in the future. Berlin is now in the focus of attention in this respect. The Siemens technology group signed a ‘pact for the future’ there at the end of 2018. The visible result is the construction of Siemensstadt 2.0 which is to be built on the historic Spandau site by 2030. And where does Siemens get its inspiration from? High Tech Campus Eindhoven, among others. 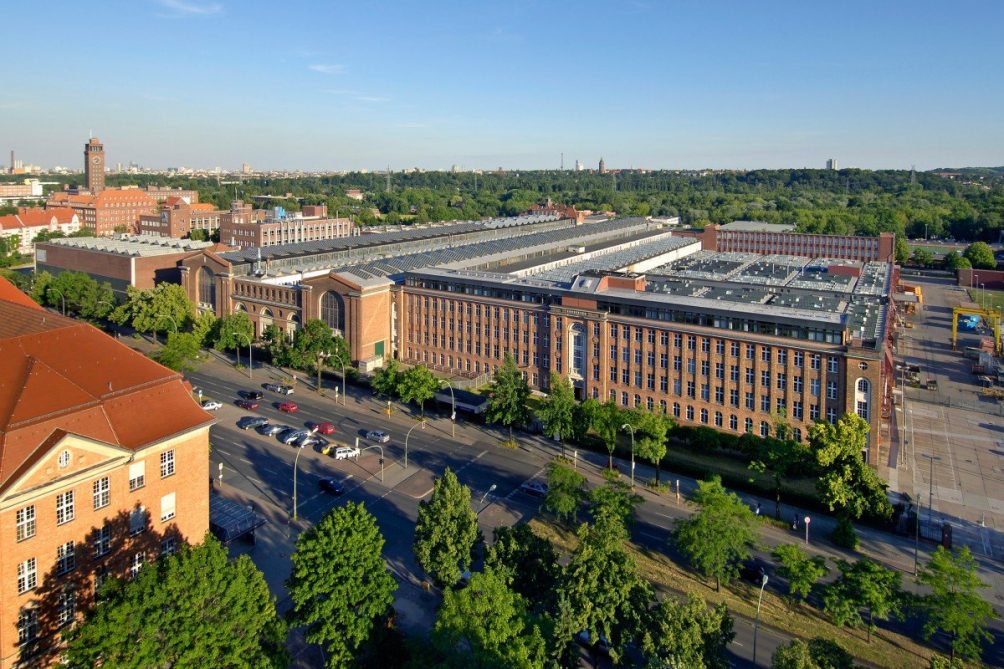 The 70-hectare big industrial estate will be transformed into a future-oriented living and working environment. Siemens plans to build an ultramodern district with a wide range of applications. “The founding concept of Siemensstadt in 1897 consisted of combining work, research and living, creating a beautiful symbiosis for a successful future,” says Siemens-CEO Joe Kaeser. “And even today, we still have to think again about the future of work – we want to make our 4.0 industry a success, also in socio-economic terms. So we are building an ecosystem with flexible working conditions, social integration and affordable housing.”

Strengthening Germany as a location for innovation

As a result of the agreement, a second Memorandum of Understanding was signed for the development of an industrial and scientific campus, involving the city of Berlin, the TU Berlin, the Fraunhofer-Gesellschaft and the federal institute for materials research and testing (BAM). Future topics such as decentralised energy systems, electromobility, artificial intelligence and the “internet of things” will be explored on the site. Modern offices, research and production areas are therefore just as much part of the concept as new forms of living. The electronics group plans to invest a total of 600 million euros in this project. The company, which is one of the largest in the country in terms of turnover, is thus sending a clear signal to strengthen Germany as a location for innovation. In cooperation with the Berlin city council, Siemens is organising an urban design competition. This will form the basis for the further development of the project. The extent to which Berlin will contribute to the costs remains to be seen.

As an example for the gigantic construction project in Spandau, The Siemens developers have been looking closely at High Tech Campus Eindhoven. The former Philips site is now considered one of the most important science parks in the world. Besides well-known companies such as Philips, Intel, ASML and IBM, the site is also home to research laboratories, startups and thousands of development engineers. More than 12,000 people from almost 100 different countries now work in the “smartest square kilometre in Europe”. The central theme of the campus is the philosophy of “open innovation”, which Philips introduced back in 2003. This is how “The Strip” was created as a meeting place and the social centre of the campus. Here you can find a conference centre, restaurants and shops. But above all, The Strip is the place where people from different companies and sectors can meet and exchange ideas. This, but also the fact that all this leads to an average of four new patents a day, was appealing to the planners in Berlin.

The federal government in Berlin has also embraced the theme of open innovation: in 2013, the Research Campus initiative was launched under the auspices of the Federal Ministry of Education. The aim is to promote universities, research institutes and companies working together on common research themes in the longer term. Nine cooperation proposals have since been supported. These include projects such as Medicine, Mathematics and also Materials development. The High-Tech Strategy 2025, published by the federal government at the end of last year, also shows areas of action, measures and objectives for further strengthening Germany as a country of innovation.

Companies make up other cities 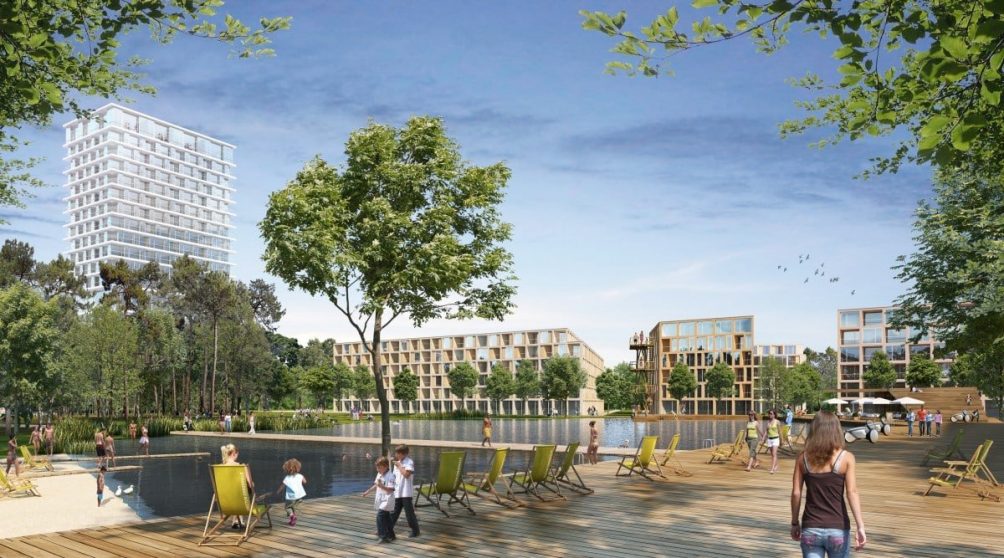 Companies that shape entire cities is not a new phenomenon. Philips made Eindhoven a company-town in the last century, Wolfsburg is closely linked to Autostadt, while the pharmaceutical group Boehringer Ingelheim even has its home city in its company name. Another example is Stuttgart-Vaihingen, where the IBM campus needs to be revived. From 2020, a district (one-third commercial and two-thirds residential) will be created here under the name VAI Campus. In the historic buildings of Eiermann – he was the first architect on the site – areas are now planned for start-ups and creative people.

Many also look forward to the new Zalando-Zentrale around the area of Mercedes Benz Arena in Berlin Friedrichshain. The controversial project, like Siemensstadt 2.0, offers a city within a city. It is an extensive ecosystem with restaurants, gyms, daycare and much more. The working world of the employees is ‘loosened up’ with creative places like Living Rooms, Urban Cat Walks and Neighborhoods. The aim of the company: “to bring employees closer together to strengthen transparency, feedback, cross-border thinking and communication”. The first rooms have already been rented, further teams will follow next month. Zalando employees will only have to leave their social work environment for their night’s sleep. 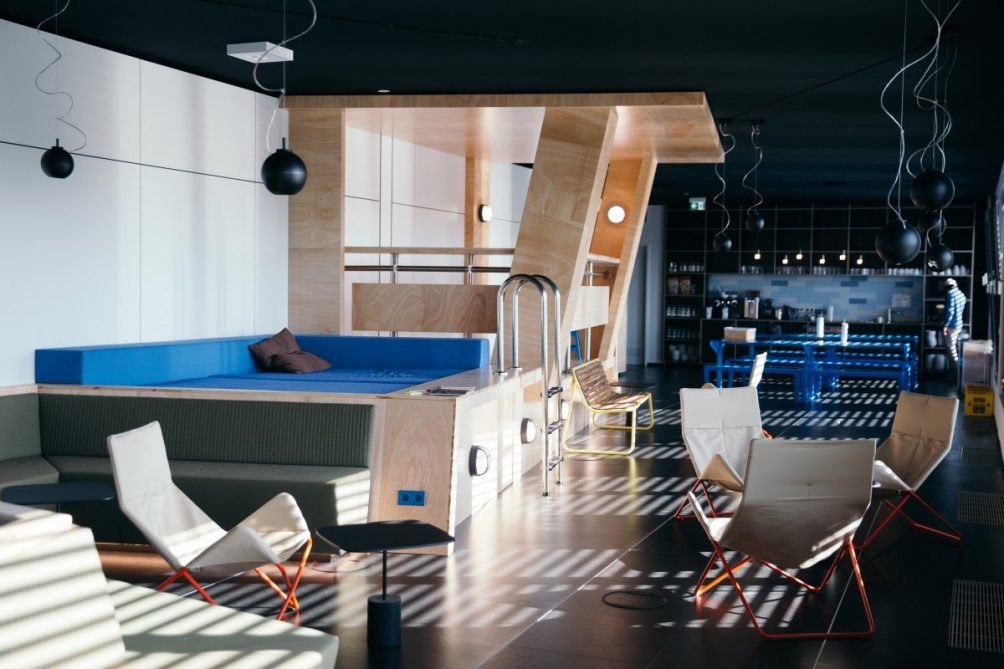 Main photo: With the “Future Pact – Siemens City 2.0”, Siemens is planning the largest development project in its history at the historic Siemens site in Berlin Spandau. © Siemens

On the road with the 9 euro ticket. Part 5: Halle is a…
On the road with the 9 euro ticket. Part 6: between Solar…
The Space Week shows the social importance of space for…
Everything that can affect a plant
Dortmund: where innovation drives community spirit
Construction wary of investing in smart devices, but it…
Manage Cookie Consent
We use cookies to optimize our website and our service. Help us to make our site better by accepting all cookies.
Manage options Manage services Manage vendors Read more about these purposes
View preferences
{title} {title} {title}