“Gas is sexy!” With these rather remarkable words, the German Minister of Economic Affairs Peter Altmaier opened a meeting in Berlin last week intended to mark the culmination of months of dialogue between the Ministry and industry on the future of natural gas.

Natural gas  you say? Isn’t that the fossil fuel that we in the Netherlands are hoping to get rid of as soon as possible because of its high CO2 emissions? And didn’t we read in the latest budget report that higher taxes are going to be set in order to discourage its use?

It would appear that Germany has a different view on this. Altmaier even sees a “bright future” for gas, that’s what he told the audience. Until 2030, he expects the demand for natural gas to increase rather than decrease. “Natural gas will serve as a bridge technology for many years to come. After that, demand will decrease. But that doesn’t necessarily mean the end of the gas industry – “because by then, we’ll be well on our way to the hydrogen world”.

First, ten more years full of natural gas and then gradually make the switch to hydrogen gas. That’s the scenario that Altmaier has envisioned in the hope that Germany will become number one in the field of hydrogen technology.

It is a development that will undoubtedly be viewed with a certain amount of concern within environmental circles. After all, although gas is cleaner than oil and coal, it is still a fossil fuel.

However, the gas industry is welcoming this development. Large companies such as Exxon Mobil and Nordstream have been lobbying hard in recent months to give natural gas a prominent place in the “Energiewende” – the German term for the transition to a low-CO2 energy system. And that seems to be working, if Altmaier’s words are any indication.

For instance, Exxon Mobil issued a bulletin in August listing the five reasons why natural gas should play an important role in the energy transition in Germany and Europe. After all, it is not solely Germany that is struggling with the transition to sustainable energy. The new EU Commissioner Ursula von der Leyen has also promised to come up with an ambitious “European Green Deal” as soon as possible (within 100 days) to ensure that energy supplies will all be CO2-neutral by 2050.

Exxon Mobil’s five points are certainly not surprising. They are all arguments that are heard elsewhere: 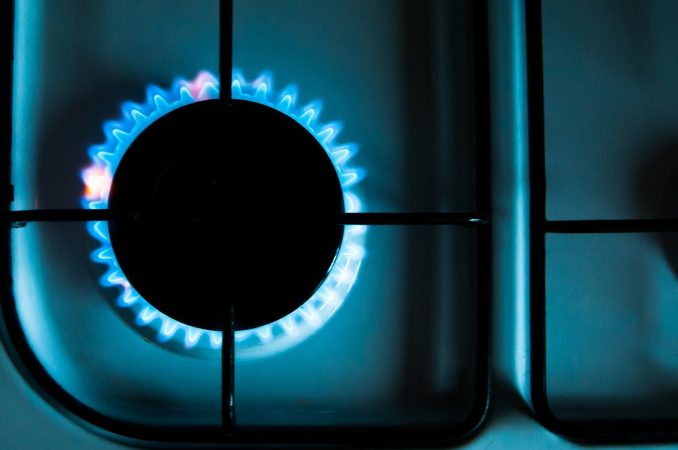 These are all plausible arguments on their own. Nevertheless, there are a few drawbacks. First of all, it sounds like an advertising campaign. Which it is, of course. There are huge interests at stake for the energy industry. For Koninklijke Olie (Royal Dutch Oil) in the Netherlands, for example, one of the largest gas producers in the world.  Or for the German car industry, which would love to sell more LPG cars for several more years. One might well wonder if the promotion of gas as a bridge technology is not just a way of postponing the transition to green energy.

The same can be said about the politics. Don’t forget that the gas economy has major political interests. Look, for example, at the dispute between Germany and the USA over the construction of Nordstream 1 and 2, two gas pipelines on the bottom of the Baltic Sea between Russia and Germany, where a lot of money has been invested. This quarrel has everything to do with political power and national economic interests. After all, gas brings in a lot of money for governments.

When it comes to green energy, the situation is slightly different. More sustainable energy can also lead to higher electricity prices and yellow shirt protests. Electorally, therefore, gas has its advantages over the often more expensive green alternatives.

All the more reason for ‘climate warriors’ to distrust the gas lobby. This is certainly true if the lobby argues that it is a bridge technology which will lead to a sustainable hydrogen technology. As yet, this technology is non-existent.

But one thing is certain – the last word on natural gas has not been spoken yet. The debate between gas proponents and opponents is continuing in Germany and Europe. This week, Merkel did promise that a government strategy on the future of natural gas, hydrogen and electromobility would be on the agenda before the year is out.

One last thing: what exactly is hydrogen?

Hydrogen is a gas that cannot be extracted out of the ground like natural gas. It must be manufactured. This can be done in various ways. One way is with the help of steam and gas. But electrolysis is more common. With this method, electricity is conducted through water, whereby hydrogen is released as a gas. This gas can then be used as a fuel in cars, for instance, or in industrial processes.

This is in itself beneficial for the environment because the combustion of hydrogen does not release any CO2 nor any fine particles. The disadvantage is that electricity is needed in order to produce hydrogen.  And if that is produced with fossil fuels, then from an environmental point of view you are further from your goal rather than closer.

Hydrogen: great ambitions for transport and mobility, but…
Germany is fully committed to hydrogen, and the Netherlands…
What if we don't want hydrogen?
DIW study: If Germany wants to, it can get rid of Russian…
CO2 from sea cuts down on greenhouse gas in air
'During the corona crisis, not enough was invested in energy…